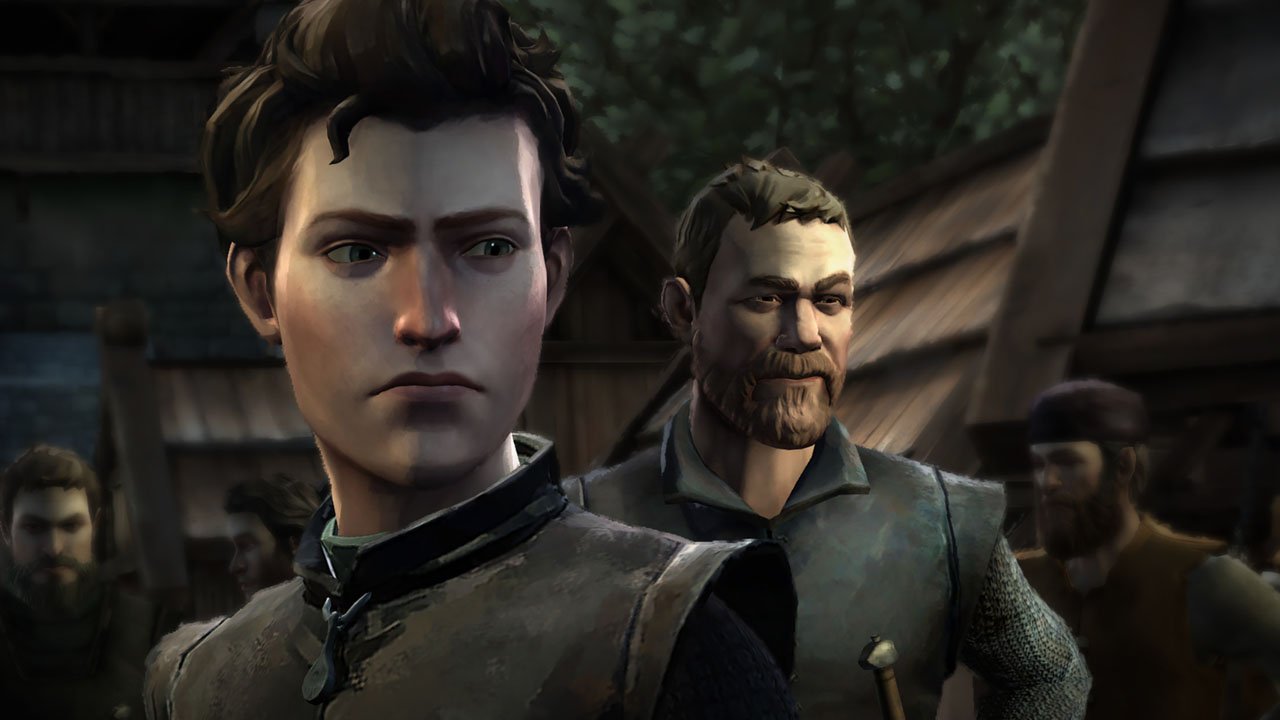 You Win Or You Reload And Try Again

We’ve already had one Game of Thrones RPG that tried to go the traditional route of skills, stats and melee combat. That didn’t work out so well. Now, Telltale, who’s been the vanguard for making adventures games cool again, is taking a crack at it, and rather than focusing on the swords and sorcery, they’re looking at the plotting and backstabbing; the reasons most people watch the show, in other words. It would be a gutsy move for any other studio, as most games based on a license tend to be shoddy, cynical cash grabs taking advantage of fan goodwill. But this is Telltale we’re talking about, and they’ve knocked it out of the park again.

Iron From Ice takes place in the world of the Game of Thrones HBO TV series, not the Song of Fire & Ice novels created by George R. R. Martin. As a result, the production design of the show and even likenesses of certain characters have been lifted and used in this game. It takes place during season three, in parallel with episode nine, aka “The Rains of Castamere,” aka “The red wedding episode.” But rather than focus on the already well documented struggles of the House of Stark, this series focuses on the Forresters, another great house loyal to Stark, and its struggles to survive in the face of a new war of succession. Surprisingly, the game does a good job of introducing the characters that matter, and it’s actually possible to play this game without being familiar with the series. Of course, if you ever DO plan to watch the series, this will spoil some major events for the uninitiated, while fans of the show will appreciate the references and guest appearances by cast members of the series proper.

Technically, this is probably Telltale’s most ambitious game, and it shows in both good and bad ways. On the good side, they’ve experimented with a new look, eschewing the cel shaded, comic book aesthetic defined by The Walking Dead and Tales From The Borderlands for a more painterly look, complete with brush strokes. Even some backgrounds are done in 2D, and look like fantastic pieces of concept art. The environments are large, and often have many characters in them, which is another big change from the intimate settings and small groups of most Telltale games. Unfortunately these changes have hindered the performance of the game, even on the PS4. Slight framerate drops are regular and noticeable, the “paint engine” has some aliasing/depth of field glitches, and occasionally the game even hiccups during dialog choices, not playing out the response you’ve picked and simply going straight to the replies of other characters. None of these bugs are game breaking, and still a sight better than the woeful PS3 performance of Telltale games, but when Tales From Borderlands has nearly perfect performance, it’s surprising to see this in its companion series.

That aside, the heart of the game is what most fans of Game of Thrones would hope for; a riveting, twisty, turn-y, politically dangerous, nail biting game of scheming, betrayal and political maneuvering that leaves the player on a cliff hanger, howling about what happens next. It’s basically an episode of Game of Thrones where you finally get to decide how to act and respond. The writers have nailed the tension of courtly intrigue where a poorly chosen response feels like a death sentence, and when bad people decide to act bad, it’s both spectacular and horrifying. Here, more than in any other game, Telltale’s timed dialog choice system becomes a nerve wracking experience, and from the jumps from one character to the next, to the identical opening titles, Iron From Ice feels just like an episode of the fantasy series that’s taken the world by storm. Even cast members like Peter Dinklage, Lena Headey and Natalie Dormer recorded dialogue and lent their faces to the game, so if you ever wanted to interact with Tyrion Lannister, now’s your chance.

As a first episode with a new cast, there’s a bit of set up here, but the violence and intrigue come pretty quickly—this IS Game of Thrones after all—and, as with viewing the parent series for the first time, once you get over the bewildering number of names and faces to remember, you get caught up caring about what happens to them. While this is not as technically proficient as November’s Tales From The Borderlands game, it continues Telltale’s almost incomprehensible ability to take licensed properties and not embarrass the source material with unplayable junk. Fans will LOVE this game and it’s a foregone conclusion that they should buy the season pass.

Iron From Ice takes place in the world of the Game of Thrones HBO TV series, not the Song of Fire & Ice novels created by George R. R. Martin.