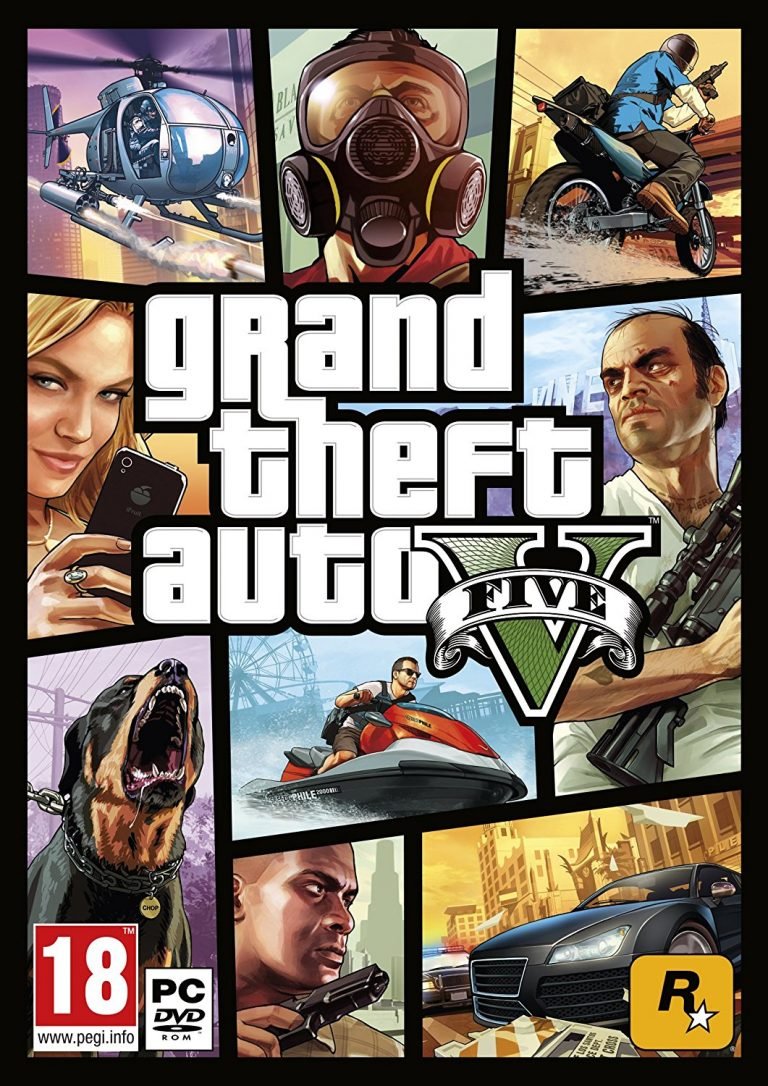 After releases like Grand Theft Auto IV, Red Dead Redemption, L.A. Noire, and Max Payne 3, Rockstar had developed a reputation for creating not just interesting virtual worlds, but strong stories as well. Each of its games from this period presented stunning, well-realized environments and narratives that seemed completely sure of what they were trying to say. Needless to say, the 2013 release of Rockstar North’s Grand Theft Auto V generated a great deal of excitement. For those hoping for yet another virtual sandbox to lose themselves in, the game delivered. The confident storytelling that had come to define the developer/publisher was less evident, though. GTAV as a whole is both enormously successful at executing on one aspect of its design and immensely disappointing in another. This same mix of ambitious environmental world-building and uneven writing that characterized the original version of the game—and polarized its players’ reactions—is largely maintained by its most recent release on the PC.

The computer version of GTAV is very much the same game as the one launched almost two years ago. Its plot, which follows a trio of characters whose criminal activities often intersect with one another, remains as frustratingly aimless as before (more on this in a bit), but its SoCal-inspired San Andreas is a more inviting setting than it was in the past. Regardless of the typically limpid puns that provide the state’s business names (the stock market BAWSAQ or the UPS stand-in Post-Op) and the self-consciously silly dialogue muttered by pedestrians, the art design and obsessive attention to detail makes San Andreas a wonderful place to simply explore. As Franklin, Trevor, Michael, or a customized online multiplayer character, spending time driving, running, flying, and boating around the state is a sublime experience. During a clear midday, the sun shines with enough intensity that it seems to bake the pavement; bailing off a jet ski into a choppy, night-time sea a few kilometres from the coast feels as perilous as a real-world near-drowning; speeding across the transition from urban sprawl to ramshackle desert town instills the sense that San Andreas is an actual physical space.

On the computer used to review the game (which has an i5 4670K 3.40GHz CPU and a GeForce GTX 770 GPU), a mix of “High” and “Very High” graphics settings served to greatly increase the already impressive world design. The game’s visual fidelity, even without maxing out every one of the settings, is greatly increased from the PlayStation 3 and Xbox 360 versions (and a decent bump up from the 2014 console ports). In many other games, this kind of graphical boost wouldn’t be so noteworthy. In Grand Theft Auto V, it significantly improves the overall experience since the atmosphere established by Rockstar North’s team is the game’s greatest strength. The kind of incidental moments mentioned above are fantastic, the effect they have making it easy for players to lose themselves in exploring a pseudo-California where parachuting from airplanes or speeding over hills on dirt bikes is accompanied by beautiful visuals. The fantastic soundtrack and wide array of vehicles—each of which handles uniquely—makes the experience hard to grow tired of.

The PC version’s addition of an intuitive video editor and the inclusion of an option to play from a first-person perspective further bolster these strengths, focused as they are on interacting with the game’s sprawling, exactingly detailed environment. While impressive visuals aren’t the most important aspect of every videogame, in Grand Theft Auto V they work to create an almost tangible sense of place that helps compensate for other weaknesses.

This is essential because, despite the many improvements found in the computer version, there’s still the matter of the game’s surprisingly lacklustre narrative. While the plot gets off to a good enough start—its establishment of the three main characters deftly accomplished with solid dialogue writing, cutscene direction, and voice acting—the promise of further story development is never delivered. As the player carries out mission after mission—the best of which stretch the series’ shooting-and-racing formula to its limit with involved, multi-stage heists—a sense of aimlessness and intense pessimism begins to set in.

To read Reid’s extended review check out the April issue of CGM.