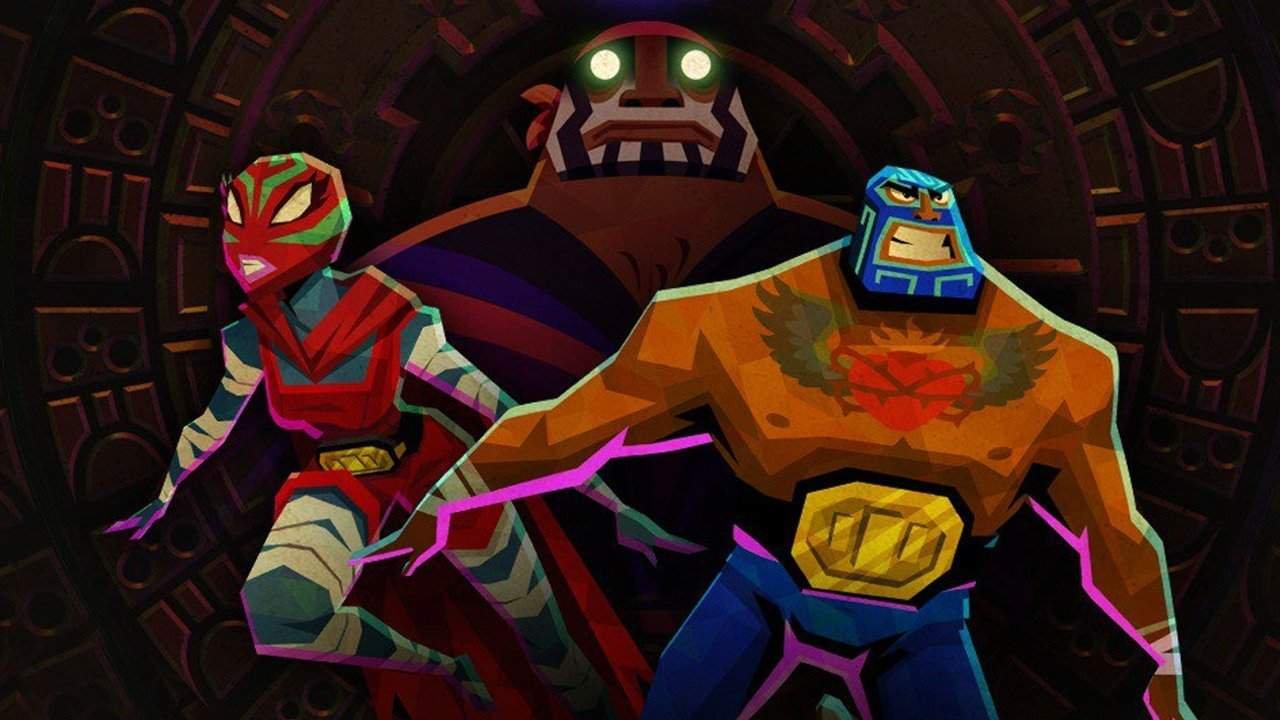 I’ve seen a lot of things that could be considered over the top in my days, but nothing really compares to the way indie, retro-styled Metroidvania Guacamelee 2 is over the top.

It’s like there was some sort of contest that only the people at Drinkbox Studios new anything about, but they sure were planning to win. Barring its predecessor, I don’t think I’ve ever seen a game so loudly and proudly Mexican, so overtly poultry obsessed, or so explicitly dumb at any opportunity. Make no mistake, none of those achievements are strictly a bad thing, but Guacamelee 2 certainly has its fair share of problems.

Luckily, the problems here are pretty obvious from the start, so the player will know what they are getting into fairly quickly. You see, this is a funny game, though one that doesn’t go in for such a variety of different jokes, but keeping to constant meta jokes or references to other games for no real reason. It’s not really my cup of tea, making it even worse when I have to stop playing the fast action game I was enjoying to play through an extended joke about Japanese role-playing games that goes on for way longer than a reasonable person would expect it to go on for; like I said, just not for me.

I mean that when I say that I do enjoy playing Guacamelee 2, when it’s not delivering some rousing send-up of Street Fighter. The game is legitimately fun, through intense combat or frustrating movement puzzles. Like any proper Metroidvania, the protagonist acquires skills that aid in both traversal and combat. For instance, early on you find a jumping uppercut that deals heavy damage to enemies and launches them up into the air, which can also be used to augment a jump with a little extra height. These abilities integrate into combat and movement seamlessly, leading to dazzling combos of jump, uppercut, forward dash, turn into a chicken, and so on, in extremely satisfying ways. Guacamelee 2 nails its overall gameplay in fun, fast-paced ways that will keep a smile on your face.

The art style here is pretty fantastic as well. Bright colours pop in every direction, accentuating the sharp angles and over the top aesthetics. I feel like a lot of games get points for setting things in verdant jungles as we all try to forget the days of gray and brown military shooters, but Guacamelee 2 brings something new and novel to the scene, and a lot of it. I might just be a sucker for painted skulls and bright colours, but I’ll take them over another bombed out city any day. The music goes along with the world and action perfectly. Frantic, often ridiculous mariachi, to quieter, more soulful rhythms; Guacamelee 2 really is something to see and hear.

It’s a shame, then, that it’s not really much to read. The story is a lacklustre mess that is really more of an excuse to foist more bad jokes onto the player than to provide any motivation or drama. You play as Juan, the hero of the previous game, years after that adventure. He’s grown fat and happy, with a pair of adorable children and a lovely wife. While on a trip to the market he is whisked away into another dimension where he was less successful and a new danger has emerged that threatens everything. It seems he was the only iteration of himself that was successful, so now he has to pick up the slack for more dead versions of himself, don the luchador mask again, and getting to saving the day. All of this is played for laughs, and anytime you feel like you’re coming to an actual story beat, it turns into some obnoxious winking meta-joke that left a bad taste in my mouth. The game spends so much time referencing other games that it doesn’t feel like it has any real ideas of its own, story-wise. Of course, you lost all your abilities from the last game, it’s a Metroidvania; I bet you can guess how many mystical triangular items you and the big bad are racing to collect. It’s three because of course, it’s three.

Writing aside, Guacamelee 2 is a very fun experience. There’s four-player co-op now, which is plenty fun, but hardly necessary as the game isn’t difficult as it is. If you want something fast and pretty with some groovy tunes, you should definitely give it a try. Just try not to read anything.

Guacamelee 2 is a gorgeous, fun game with a sense of humor that makes me want to cry. 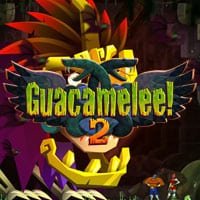