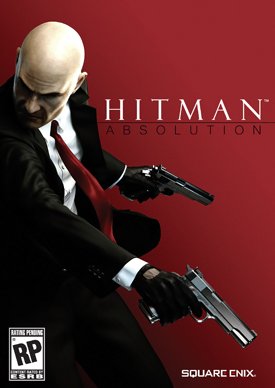 Hitman Absolution is an attempt to roll the tenets of a 12 year old stealth franchise into an accessible package that will appeal to the broad console demographic, while simultaneously delighting the loyal fanbase. IO interactive are certainly not the first developers to attempt this high-wire act this generation, and for the most part, they have been successful, but there’s a lot of inconsistencies that will grate on every type of player.

First and foremost: this is still Hitman. Players are dropped into sandboxes with targets to eliminate, and everything from how they get from point A to point B to how they snuff out their mark is generally left to the player’s ingenuity, or their willingness to explore until they stumble across a pre-baked solution.

Due to technical issues, my experience with the Contracts mode is limited to an hour or so at a press event, but it drove home what Hitman does best: allowing players to construct their own stories within murderous toyboxes. This social mode allows players to create their own hits, using the game itself as a mission-editor (cleverly making it so that you can’t assign impossible challenges), then challenging others to do it faster or better. Up to three NPCs can be marked as targets, and a number of ‘conditions’ act as point multipliers – factors like whether you were detected, hid bodies, or killed bystanders, as well as what weapons and disguises were used. The levels are packed with improvised weapons and environmental hazards that are ripe for exploitation, and there are additional exit points that can be used to end the mission sooner than the campaign mode allows. Contracts allows for genius subversions of the campaign levels that I wouldn’t be inclined to revisit otherwise.

Fans of stealth games with a vast stockpile of patience to draw on will enjoy the game more than those that blunder through it, but the dizzying amount of replayability packed into this game ensures a long shelf-life. Despite a campaign that so frequently loses its way into prolonged sections of tedium, Hitman Absolution demonstrates an understanding of what makes the series great when divorced from its overbearing narrative.

Read Sean’s full review of Hitman Absolution in the next issue of Comics and Gaming Magazine!

Fans of stealth games with a vast stockpile of patience to draw on will enjoy the game more than those that blunder through it, but the dizzying amount of replayability packed into this game ensures a long shelf-life.
REVIEW SCORE
7
File Under: Action, Hitman, Stealth