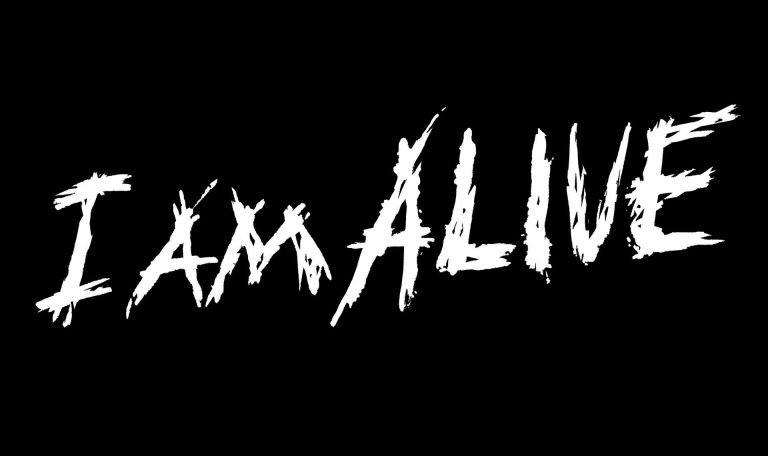 It’s Alive
The first teaser for Ubisoft’s I Am Alive debuted at E3 in 2008. The studio then went dark on the project for a few years and many people began to speculate about the game’s cancellation. Then in May of 2011 Ubisoft announced the cancellation of a few projects, but mysteriously I Am Alive was not among them, indicating that there might still be hope for the title. In September of 2011 that small glimmer of hope became a shining beacon as a new trailer was revealed with a release date slated for Winter 2012. Finally earlier this year Ubisoft announced via their Facebook page that I Am Alive would arise from the dust on March 7th.

The Apocalypse Without the Zombies
When I saw the first trailer for I Am Alive in 2008 I was instantly hyped. I’d been waiting for a post-apocalyptic survival game without all those troublesome undead running about or a constant fear of radiation poisoning. Additionally, I was really interested in how a post-apocalyptic game would fare when set in a more realistic world as opposed to something like Fallout 3 or Left 4 Dead. I Am Alive doesn’t take any liberties with society, this game has a very bleak view of what the world really could be like after a catastrophic event. People are sick from the dust that has covered the city of Haventon and frightened by the armed thugs that now roam its streets. Most people would hold up in a safe place and wait for rescue but not Adam, the game’s protagonist. He was on the east coast when the disaster struck and it’s taken him a whole year to walk home. As he returns to the ruins of Haventon he begins a search for his wife and daughter. There are a few other survivors scattered around the toppled buildings and ruined subways but most people in this city are not as happy to see Adam as those in need of help. A some folks are just really defensive, brandishing their machetes in an effort to ward of would be raiders but most of the people left in the city of Haventon are terrible terrible people who will not hesitate to kill you and take whatever supplies you may have. This is the world where I Am Alive takes place and it maybe an okay place to visit but I sure wouldn’t want to live there. I found the story in I Am Alive to be initially compelling but as I neared the end of the game I found myself less and less interested until finally I had  hit the ending and was subsequently disappointed. No one learns anything and there is no real plot resolution. I was left with many questions and no real way to answer them. Despite the depth to the world in which Adam’s tale takes place I found the story itself to be decently paced and relatively well written but altogether unsatisfying.

Lost in the Dust
Despite the unsatisfying story I did enjoy I Am Alive on an atmospheric and mechanical level. The dust that covers Haventon serves a dual purpose. First, it really adds a layer of atmosphere that is reminiscent of the excellent work done by Remedy Entertainment in the Alan Wake series. The poor visibility coupled with the game’s intense musical score really adds to the tension of the experience. Not to mention you can often hear enemies long before you can see them, or worse, they see you. The dust also depletes your stamina bar which you will spend a fair amount of time watching and replenishing. Most actions like running, jumping and climbing will deplete your stamina bar even further. Some actions will take more stamina than others but if you’re hanging off the side of a toppled skyscraper trust me you don’t want that meter to run dry. When you’re in an area with heavy dust your stamina will also deplete over time, so be aware of platforms which you can climb up to and catch your breath. The stamina bar really adds a sense of urgency to the experience especially while you are climbing. Once you run out of stamina you fall to your death and with the game’s rather unforgiving check point system that is something you really don’t want. The climbing is another great part of the game. It works really well and can be pretty terrifying as you clamber around the outsides of toppled buildings that despite their new horizontal orientation are still pretty darn high up. High enough that one fall and you’re street pizza. One my favorite sections of the game is where you must make your way through a building lying on it’s side. This 90 degree rotation of the environment made for some really excellent climbing challenges as I jumped from office door to office door to reach the top. The climbing may have worked well but the overall collision detection while on foot was rather clunky. There were a few times where I could have sworn I had made a jump only to have my character slide off the geometry. In a game where climbing, jumping and exploring are your bread and butter that’s  kind of big problem.

Normal Is The New Easy
When I first started playing I Am Alive, I decided to go to the hardcore survivalist route and chose the “Survival” difficulty, which is essentially the game’s “Hard” setting, except by “Hard” I mean unfairly difficult. The biggest difference I noticed between the two modes was how difficult enemy encounters are. There were a few sections where it would take me a good 10 or 15 attempts to get through a scenario. This is because the odds of almost every encounter are really stacked against you. It’s basically you with a bow, one arrow, and an empty gun verses six guys wielding machetes and handguns. While I appreciate the scarcity of resources, the fact that the enemies don’t fall victim to this lack of resources made the game incredibly difficult and unbalanced. If you don’t plan out your attack very carefully and then execute said plan precisely enemies will overwhelm you in a matter of seconds. Getting through encounters doesn’t require bullets but they sure do help. Fortunately, if you are lacking some lead the game has a threaten mechanic which allows you to keep attackers at bay with the threat of further violence. Scare enough crap out of them by brandishing your gun and the enemies may submit allowing you to finish them with a pistol whip. That is unless they don’t believe you. I enjoyed the whole “get back” thing but the overall encounter design was really unforgiving, one mistake and you’re dead. On the other hand, if you play the game on “Normal” the encounters are relatively easy but you don’t get any score bonuses and can’t unlock any achievements. I find the disparity between the two difficulties to be concerning. The differences are like night and day and seems like it could have been and should have been more balanced.

I Am Alive is a decent experience albeit a short one. The game is designed for multiple playthroughs but one was enough for me. I feel that a lot can be done with this genre and would like to see more games  like this. Unfortunately, I don’t feel that much of what is possible was explored in I Am Alive. The game is atmospheric dark, and quite tense at times but without a compelling story, or any real variety in the encounters it’s just okay. I also thought that after more than three years in development this game would have been lot more polished, it looks okay but I’d wish that Ubisoft Shanghai had spent more time on balancing the difficulty modes and getting the collision detection right rather than tweaking all that diffused lighting. I can’t help but feeling a little disappointed that I waited almost four years for this game and what I got was dramatic 3-5 hour adventure with no real conclusion.

Despite the unsatisfying story I did enjoy I Am Alive on an atmospheric and mechanical level. The dust that covers Haventon serves a dual purpose.
REVIEW SCORE
7
File Under: Adventure, Arcade, Horror, Indie Game, Open World, Xbox