Ladykiller in A Bind (PC) Review 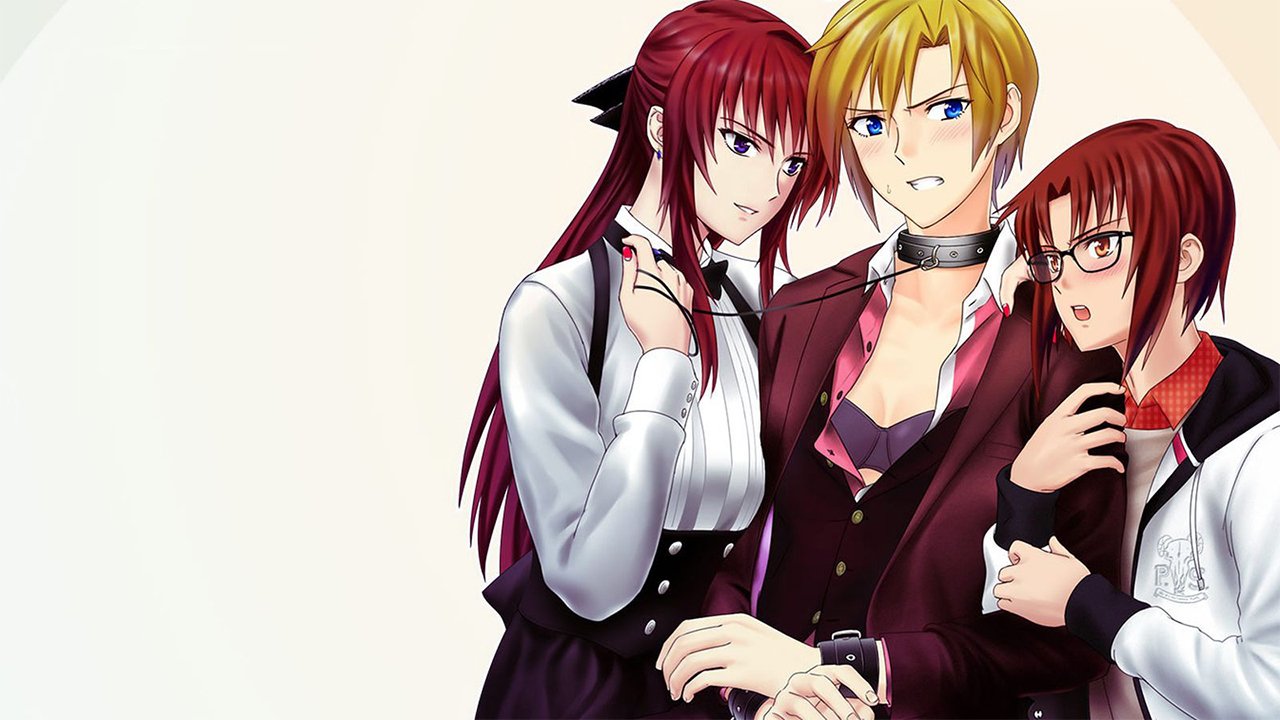 Writer’s Note: Ladykiller in a Bind is a NSFW game that includes depictions of content intended squarely for an adult audience. One such depiction is singled out for criticism in this review.

Ladykiller in a Bind was marketed and discussed primarily as one thing – a pornographic game. A lot was made of the frank depictions of sexuality, and much of the buzz around Ladykiller in a Bind pitched it squarely as a game based around that.
However, consider that some classic Christine Love misdirection blown up to memetic proportions. The auteur behind Analogue: A Hate Story is known for her twisty subversions of the expected, and Ladykiller in a Bind is no exception to that trend. That’s because while her latest definitely contains explicit adult content, it’s far from the centerpiece, and is just one piece of the narrative puzzle that makes up the game’s larger picture.

That larger picture, though, is composed of other fragments of narrative beats, social commentary and thematic elements. To pigeonhole Ladykiller in a Bind as a porn game simply because of its sexual context is to label films like Antichrist or Mullholland Dr. as smut because they utilize sexual content to convey a broader message. Many eroge have tried something similar, but ultimately fallen short due to being pitched squarely at an otaku audience hungry for sex and not much else. But this game hits it out of the park, using sexuality to expose details about the involved parties – showcasing the vulnerability or lack thereof of characters who present themselves in a totally different light outside of the bedroom.

But as I said, sex isn’t the only piece of fabric that makes up Ladykiller in a Bind rich tapestry. The role of memetic information in our daily lives plays a huge part as well – in particular, the prevalence of social media as it pertains to our shared knowledge of each other and the world we inhabit. The pause screen is, in fact, literally a social media network that is pitting each character against each other in an elaborate, cutthroat popularity contest.

Which is the central conceit of the game, by the way. A gaggle of rich kids are thrown on a cruise ship, then told to collect a nebulous, imaginary currency collected by popularity votes by other passengers (The Stalker, who I affectionately named “Stalkie,” humourously parallels it to Bitcoin early on.) To say anything more about where this premise goes would give it away, though, and this is one game worth avoiding spoilers for. It eventually goes down some downright bonkers paths, especially on subsequent playthroughs, and reveals itself to be sly social commentary about gender performativity, social function, the faults of two major economic systems, and other hefty topics.

That isn’t to say it’s all head-scratching and philosophical queries, though. Ladykiller in a Bind still knows how to cut loose and have fun, as proven by some sillier moments and a general atmosphere of wry wit that permeates the whole game. In between the questioning of manipulation in a broader social context and an ongoing emphasis on the nuances of BDSM culture, the cast somehow finds time to play Seven Minutes in Heaven and make about umpteen thousand anime references. Much like DanganRonpa, Ladykiller in a Bind has a real knack for blending the fun with the grim, the frivolous with the philosophical, which pays off in the long run by being an experience that doesn’t tread too heavily in one direction or the other.

All of this being said, however, Ladykiller in a Bind is held back by some narrative cruxes, character inconsistencies, and some pretty unsavory moral quandaries that give me some major reservations about recommending it to just anyone.

As far as narrative cruxes are concerned, it bears stating that some character routes feel very rehearsed and forced. In particular, a route concerning a hot-and-cold prudish type has no real narrative payoff other than some small laughs, and another concerning a deceptive photographer sort of spins out into an illogical, literally sputtering conclusion that stands at odds with later interactions with that character.

Which, to delve into the idea of character inconsistencies, is kind of a problem across the board. Each character is an intentional archetype, from athletes to nerds to pretentious yuppies. Yet, across the board, there seems to be a weird fascination with sliding in pop culture references that feel Gearbox levels of forced at times. I’ll admit that some of these made me laugh, certainly, like a mysterious bartender waxing philosophical about Final Fantasy’s Limit Break system, or a very hilarious usage of the “just like my Japanese animes” line of Metal Gear infamy. But more often than not, I was painfully aware that Ladykiller in a Bind was made by people preoccupied with “nerd culture,” and the shoehorning in of memes (Crying Jordan and Roundabout get referenced in a period of two sentences, for example,) often undercut the writing instead of enhancing it.

But perhaps my biggest concern with the narrative is an endgame decision that, while I won’t spoil, treads into some truly gross territory which betrayed a lot of goodwill I had built towards the game. To put things in simple terms – the gay woman players control throughout the entire game is eventually given a binary sexual dilemma between two male characters. While a choice has been patched to circumvent both scenes entirely after early negative feedback, the following scene still implies that intercourse did occur. Having played both scenes, the first of the two left a particularly awful feeling in the pit of my stomach, even with the provisions in that patch. Again, with no spoilers, the scene gives credence to the idea of corrective sexual assault – the idea that a gay person can “be straight” in the right circumstance. Yes, it’s a choice players can make, but I do think a line should be drawn somewhere, especially if the game has collected so many props for being “progressive.” For just a moment, because of this scene, Ladykiller in a Bind delves into tawdry, regressive territory that feels out of character with the rest of the game. The fact that the game itself tells you six ways to Sunday that you can skip the scene doesn’t magically make it go away.

Yet despite my moral objection to this scene, along with some less stronger writing, Ladykiller in a Bind is very much worth experiencing. Because the fact that I do have moral objections, and the fact that Love dared to bring this topic along with everything else in the game to the table, shows a definite commitment to making divisive, risky art. Bad memes notwithstanding, the writing is compelling throughout, and I do think the rest of the game goes into territory that challenges societal norms of gender, sexual liberation, and even the very construct of monogamy itself.

Without the iffy characterization, immersion-breaking dialogue, and problematic content present in the climax, Ladykiller in a Bind would’ve won a lot more favor with me. All the same, I think it’s one more the more interesting, nuanced narratives out there, and a pretty solid argument for gaming as art with a capital “A.” If you’re of age and looking for something beyond the pale of conventional visual novel narratives, this is a title worth picking up

Ladykiller in a Bind hits some unfortunate narrative snags and suffers from mixed characterization, but is ultimately a worthwhile, interesting game that takes the medium in interesting new directions.