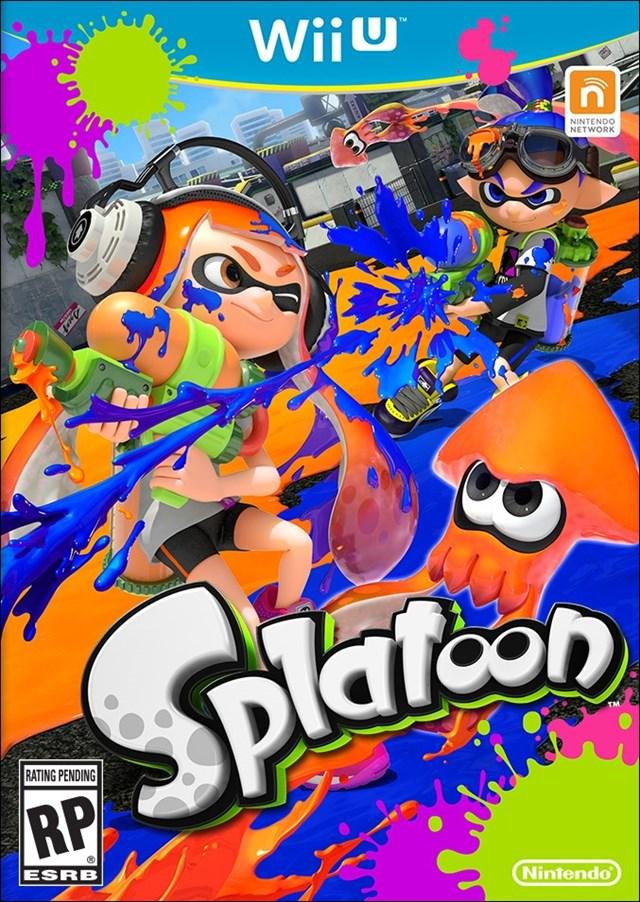 Considering the fact that an entire generation learned to appreciate the charms of the first person shooter through endless cola-fueled nights of Goldeneye, it’s surprising that it’s taken this long for Nintendo to dip back into the genre. After all, Halo and Call Of Duty led to shooters essentially dominating online multiplayer for an entire console generation, but Nintendo didn’t show much interest in such things. They just kept cranking out Mario Kart and Smash Bros. titles to satisfy their gamers competitive online needs. However, in the age of the Wii U, the big N have finally decided to give up their shooter-free ways. They’ve created their own family-friendly take on the genre and have delivered a damn good one too. Sure, you won’t find yourself blasting off headshots or shouting obscenities into headsets while playing Splatoon, but that’s oddly refreshing and everything else is so rich and fun that you might not even notice.

As always, Nintendo have created an entire simple, cutie-pie world for this game. It takes place in a strange cartoon city known as Inkopolis, a land inhabited by human/squid hybrids known as Inklings who seem to do nothing with their time beyond engaging in competitive shooting matches. Ok, so it’s not a deep world, but it is an adorable one defined by Nintendo’s usual simple, bright, n’ sweet aesthetic. The Inklings fire off colored ink instead of bullets and even though getting covered in the goo by an opposing player will make you blow up real good, matches aren’t decided entirely by kill counts. Nope, instead wins are tallied based on how much of the match zones are colored by either team’s ink. While blood thirsty Modern Warfare bros might scoff at this as watered down kiddy fodder, those who give it a chance will see that it’s an incredibly entertaining and addictive new twist on an old formula and one that actually takes advantage of the gamepad (which is surprisingly rare in Wii U games, even those developed by Nintendo).

You’ll control your little inkling in the usual dual-analogue way, except vertical vision is controlled by the motion of the gamepad. At first, this feels a little unnatural since it flies in the face of convention, but you’ll very quickly find it becomes second nature and rather clever. A live map is also featured on the gamepad at all times, showing players which areas have been covered by ink. This is a vital little addition in the heat of competition that’ll help as the timer wears down. In addition to running around and firing off ink to your heart’s content, you can also transform into a squid and ride through your ink stains at top speed. Given that the levels are all designed to feel like skate parks, this adds a fun almost surfing element fast high speed escapes and sneaky attacks (you’re essentially invisible to enemies while ink-surfing and it also doubles as the means of refilling your ink tank). Weapons (if you even want to call them that) vary from squirt guns to paint rollers, with alternative ink explosives, and charged super weapons that serve up brightly colored tsunamis. Though most are cutesy variation on shooter staples, they generally offer creative twists on old favorites. Even if you’re a shooter veteran, Splatoon will shake up the formulas that you’re used to in amusing ways. It’s both a continuation of a popular genre and a gentle twist in a new and very Nintendo direction.

I’m sure many hardcore gamers scoffed at the mere idea of the struggling Nintendo attempting to cute up the shooter genre, but I find it hard to believe that Splatoon won’t charm the pants off of anyone who tries it. The visual design is sleek and pretty without  stepping outside of Nintendo’s deliberately simplistic cartoon aesthetic. The gameplay has that “easy to learn, difficult to master” quality that designers strive for. Multi-player has some hiccups (the chat-free environment will hurt team strategizing), but still qualifies as some of the best competitive online play that the big N have ever delivered. Even the single player mode is an absolute blast rather than a necessary evil to fill up free disc space. It’s not often that Nintendo ditches their decades old mascots to develop a completely new game, but that’s exactly what they’ve done with Splatoon and it already feels like something that will be part of the Nintendo family for years to come. This is easily one of the most purely enjoyable titles available on the Wii U and given that’s exactly what a Nintendo game should be, it’s impossible not to recommend it through giddy superlatives. Get thy ass out there and purchase thee a copy post-haste, fellow Nintendo ninnies.

Even if you’re a shooter veteran, Splatoon will shake up the formulas that you’re used to in amusing ways.
REVIEW SCORE
9
File Under: Amiibo, Multiplayer, Nintendo, Nintendo Wii U, Shooter, Splatoon