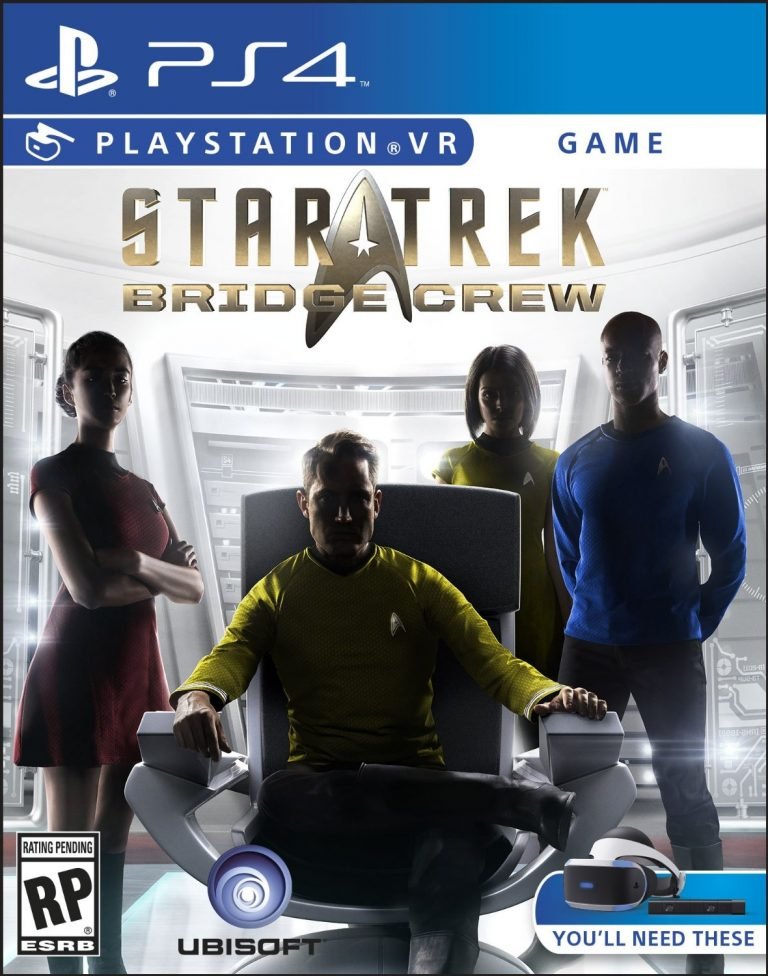 Captain’s Log; Stardate 30-05-2017, The Federation has discovered a new sector known as virtual reality. This sector is inhabited by a species known as players, and in this sector, players are able to step onto the bridge of a Federation starship. This is known as Star Trek: Bridge Crew and is a fantastical experience for Star Trek fans.

In Ubisoft’s Star Trek: Bridge Crew, players are able to possess one of the helm officer, tactical officer, engineering officer or captain. Together they control the U.S.S. Aegis. Players can hop in solo allowing them to play alongside AI, or they can team with up to three other players online, which can cross platforms.

Playing solo missions allows the player to mainly act as captain and bark orders at their crew as they complete the objectives. However, the player can also overtake any of the AI crew to command their station. When the player leaves the captain’s chair the AI will not take over as captain so players must return to the position to make decisions and give orders. While playing with the AI is usually a smooth experience, there are times where they forget their orders, which can be frustrating and usually leads to the player taking over that station. This can be avoided if you play online with other people, although this can lead to its own set of issues and no technical update can fix people’s attitudes. “Live long and shut the heck up.”

The mission of Star Trek: Bridge Crew is about completing objectives set forth by The Federation. These tasks consist mostly of exploring, investigating, rescuing and fighting. There isn’t the widest variety of objectives, and the campaign itself is only five missions, but there is only so much a starship can do. There is also an option for ongoing adventures which will allow a crew to play outside of the campaign. These tend to be more difficult, but players have the opportunity to work on the original Enterprise. Generally, the objectives are enjoyable for any Star Trek fan, but at one point it took four real-time minutes to scan a ship. I sat there for four minutes bored out of my mind. You can talk to your crew, but unless you’re playing with friends, they don’t talk back. “Hey did you check out that new holodeck program? Crazy stuff!” I don’t think any player wants to sit in real-time for four minutes without something to do, especially while trapped in a VR headset. I couldn’t even wait it out playing Candy Crush. Not divine.

Technically, there are small problems here and there, but it’s virtual reality. New technology takes time for studios to adjust to and learn how to use it to its fullest potential. The UI is easy to use although sometimes highly illogical. It will close after giving an order even if there is a second step to the command. For example, if I say “prepare for warp” the menu closes, so I have to re-open it to say “warp.”

The cut scenes in Star Trek: Bridge Crew are bland, and the lighting effects were extremely dull on the starship, but space itself was pleasant to look at. The graphics were more low quality than realistic but it doesn’t distract much from the experience. Although the avatar creator models looked great, it didn’t seem to translate well when actually on the bridge.

I didn’t feel like I was missing out on any mechanics, except I wished for voice commands.  Apparently, voice commands are coming thanks to IBM Watson, but that won’t be until the summer. Unless they update with more missions, I think most users will be played out by then. Voice commands will really add a level of immersion that not many VR titles have reached, so it is a shame they were not available at launch. Damn it Ubisoft, I’m an impatient player!

Voice control delays aside, Star Trek: Bridge Crew is a fantasy come to life for Star Trek fans. Non-Trekkies may not find the game all that engaging, but it is more for those players engrossed in the universe of Star Trek fandom in some manner.  For fans, I recommend they step up, take the Captain’s chair and boldly go where no man(or woman) has gone before.