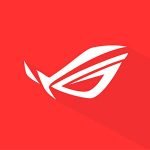 Mobile gaming has only gotten exponentially better in recent years. With more people playing exciting games like Fortnite and Genshin Impact, it makes sense to invest in a gaming phone. This is the landscape that ASUS looks to bring its ROG Phone 6 smartphone into. Delivering incredible speeds, a solid build, and some of the most impressive specs you can find currently, the ROG Phone 6 is a smartphone made for gaming, even if you need to make some slight compromises in the process.

I’m happy ASUS decided to keep it simple and focus on core strengths rather than chasing new imaginary ideals for this iteration of the ROG Phone 6. You won’t find any folding elements, or slide-out keyboards here: the ROG Phone 6 is built to game, and does so with style.

“The ROG Phone 6 is built to game, and does so with style.”

Looking at the device you will find subtle Batman markings on the back of the phone. These small details keep the elegant and modern look of the ROG Phone 6 while leaving a small hint of your love for DC Comics’ Capped Crusader. Things get even more interesting when you look at the included case. ASUS has delivered a fantastic geometric-looking Batman logo on the back, with a laser-etched looking image of The Dark Knight himself on the inside of the case. The case also offers cutouts to see Batman branding on the back of the device, making for a modern yet incredibly well-designed and unique phone for fans.

Once you look past the Batman design elements of the phone, the ROG Phone 6 smartphone’s style is understated, with a simple triple camera array and LED flash on the back, a single camera on the front at the top of the display, plus a volume rocker and power button on the right-hand side of the phone. With this being a gaming smartphone, the ROG Phone 6 also features a 3.5 mm headphone jack on the bottom of the phone right next to the USB-C port, with a second USB-C power also on the left-hand side made to be used with ROG phone accessories.

Weighing 240g, the ROG Phone 6 smartphone is one of the heaviest smartphones we’ve tested. By contrast, the OnePlus 10T is almost 40g lighter at only 203.5g, and that was by no means a light phone. Despite the weight, the ROG Phone 6 manages to only sit at 10.3 mm at the thickest point, and boasts beautiful curves, a gorgeous AMOLED display, and ergonomic side buttons that make it feel elegant and sleek in the hand.

“The ROG Phone 6 smartphone is a fantastic offering that takes lessons from past devices to bring a powerhouse gaming experience.”

Looking to the front of the device, the ROG Phone 6 takes inspiration from its predecessor, with a very similar overall design. Upon closer inspection, however, there’s an upgrade under the hood: the ROG Phone 6 can run at a staggering 165Hz refresh rate—one of the highest you can find on a smartphone.

The fast refresh rate of the AMOLED display makes it fantastic for modern games, but the touch-sampling rate of 720Hz makes it one of the most responsive phones we have ever tested. Typing, swiping through sites or feeds and even gaming feel incredibly responsive, ensuring the fast display is never going to waste if you’re someone that likes using on-screen controls while gaming.

With it’s not the sharpest phone on the market with its 2448 x 1080 resolution screen and 800 nits max brightness, ASUS has made everything feel unified in its design. The screen displays popping, punchy colours that make games look fantastic, and the flat glass display never feels uncomfortable. Many makers are looking to explore how to make screens as curved as possible, and while that works for a standard flagship smartphone, it makes using the touchscreen more of a challenge.

When looking for a phone that specializes in gaming the camera can take a hit, thankfully ASUS has given enough attention to this area to make it serviceable. The main camera on offer in the ROG Phone 6 is a 50-megapixel sensor (Sony IMX766) with an f/1.9 lens, along with a 13MP ultra-wide camera and a 5MP macro camera to supplement things and give more shooting options.

ASUS also boasts 8K video recording at up to 24 fps, and 120 fps 4K capture from the main camera, so it’s one of the better performing gaming smartphones out there for video. Granted, things will be lacking, especially compared to phones like the iPhone 14, or the Xiaomi 12T Pro, but for something that’ll work in a pinch, the ROG Phone 6 should have you covered.

Looking at the photo quality, the ROG Phone 6 exceeded my expectations, but still fell short of some of the latest phones on the market. Photos were clear and vibrant, but lacked a lot of the contrast or colour to make them stand out. The main camera does deliver shots that have enough detail that your social media won’t go hungry for images of your exploits, but the lowlight and images from the secondary cameras leave much to be desired.

While the camera may not blow the competition out of the water, the gaming performance will. The ROG Phone 6 is a phone built to game, and it does so with flair and style. Running off the Qualcomm Snapdragon 8+ Gen 1, our version we tested features 12 GB of RAM and 256 GB worth of storage. There’s also an 18 GB RAM 512 GB storage model that should give a bit more power, should you need that extra hit.

With all that power under the hood, you’d think the ROG Phone 6 smartphone would get toasty, but ASUS has taken time to deliver good thermals along with the increase in power and performance. The SoC is also not at the edge of the phone this time around, instead now resting near the centre of the device. This not only keeps the phone cooler under load, but is just a smart choice for a phone made to push pixels. There’s also an option to set the smartphone to only use the charger to keep the phone alive, meaning you don’t need to worry about heating up when you need to top things up while in a game.

All this power leads to a fantastic gaming experience. While the screen size may be a bit odd for unoptimized games, most modern games like Genshin Impact, or Wild Rift look absolutely phenomenal on the screen. The 165Hz AMOLED screen makes games pop, and the Qualcomm Snapdragon 8+ Gen 1 ensures you never need to worry about not having the power to play the latest and greatest games in anything beyond the best experience possible.

With speakers on either side of the screen, the ROG Phone 6 is loud enough to drown out the outside world, even though it doesn’t exactly beat the robust, clear sound you can find on the latest iPhones or some of the devices Xiaomi is putting out. I also love that ASUS has put attention into how the speakers are placed, never getting in the way, even when playing with the touchscreen.

As for the benchmarks, the ROG Phone 6 is an all-around champ, outpacing almost every other mobile device we’ve tested at the CGMagzine offices. That includes everything from storage read/write speeds, to graphics performance, to general UI responsiveness, to multitasking, to battery drain, you name it, the ROG Phone 6 manages to crush the competition.

Speaking of power, ASUS’ ROG Phone 6 smartphone is powered by a whopping 6,000mAh battery, which is larger than the standard 4,500-5,000mAh for larger-screen flagship phones. While the ROG Phone 6 doesn’t have a wireless charging feature, it can power up quickly with a maximum 65W charging capability, giving it enough juice to go from 0-100 percent in around 45 minutes.

How long that massive battery lasts is up to what you do with the ROG Phone 6, but in our tests, you can easily manage 16 hours of screen-on time, with that dropping if you decide to ramp up the gaming on your off time. There’s also the option to push the phone to the limit by turning on high-performance X-Mode, but even with all the potential drains, the ROG Phone 6 delivered impressive results and should last most people a full day with little issue.

With their ROG phone range ASUS has a winning formula that brings the best power to the mobile gamer. Six phones in, and they have that concept down to a science, changing only what’s needed to increase the performance while also giving a flagship level mobile experience. Sadly, this does mean there are many safe choices with this iteration of the device, but as they say, if it ain’t broke don’t fix it.

The ROG Phone 6 smartphone is a fantastic offering that takes lessons from past devices to bring a powerhouse gaming experience that no other phone on the market can match. There are many areas I’d love to see improved, like the camera, but the design—especially the Batman flourishes—make this a fantastic device that still turns heads in the best way possible.

Few phones make you regret playing games on other options, but the ROG Phone 6 does this, and does so handily. If you’re gaming on the go and still want a phone that does almost everything, the ROG Phone 6 Batman Edition is a can’t-lose purchase.

With Batman styling and fantastic internals, the ASUS ROG Phone 6 Batman Edition is a gaming powerhouse that makes everything else feel lacking in comparison.
REVIEW SCORE
8.5
File Under: Asus, Mobile Gaming, Smartphone