Striking appearance and performance for a generous price 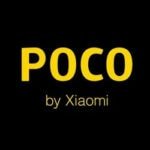 In a world where most people are constantly focused on the latest and greatest phone, all too often we forget about the companies making more budget friendly phones. Companies such as Xiaomi and Redmi, while not as well known in North America, are a few companies that have been making a name for themselves in other continents, and they have slowly been making their way overseas to here in Canada and the USA. Xiaomi recently released their latest phones in their M series lineup, more specifically their M5 and M5s. Two phones with smaller prices while being chalked full of features.

I had the opportunity to review and test the Xiaomi Poco M5s sporting 6GB of ram and 128GB of internal storage. Starting at a price of around $250 CAD for a base model and up to around $305 CAD for a maxed out spec model, the price of the Poco M5s is aimed at the lower mid-range phone market. While it is a change of hardware from my iPhone 12, will it be a great enough phone to make me reconsider what I thought was good enough for a daily phone? And is it worth the asking price that Xiaomi is asking?

Immediately upon opening the bright school bus yellow and black Poco M5s branded box, you are presented with the Poco M5s itself, along with the USB A to USB c charging cable, 33Watt charging brick, sim ejection tool and nothing more. Just the basics here, like many other companies tend to do these days. While an included case or screen protector would’ve made for a nice addition, I don’t feel it is a dealbreaker for me by any means as I’d likely buy my own eventually anyway.

Looking around the Poco M5s itself, I came to find there were a handful of physical features that I was pleasantly surprised and thankful to find. On the front is the reasonably sized 6.43” 1080p AMOLED screen with centre mounted hole punch style selfie camera. On the back, you find the quad camera array with flash and the absolutely striking blue to silver gradient coloured back panel. On the right side, you find the volume rocker with combination power and fingerprint scanner below it. Up top, you will see one of 2 large stereo speakers and, one of my favourite features you rarely find these days, an IR Blaster. Finally, along the bottom you find the second stereo speaker, USB-C port and thankfully a headphone jack.

In my weeks of testing the Poco M5s, it took me a little while to get used to using an Android cell phone again. Coming from an iPhone 12 where “everything just works”, it took a little time remembering where different settings were located and how to make the phone work how I would like. While Android phones all work fairly similarly, every manufacturer has their own unique twist for how they lay everything out and operate in day to day use. My biggest complaint, while individual opinions will differ, was the volume rocker being on the same side as the power button. I consistently found myself pushing the incorrect buttons on a regular basis. I also felt that the out of box haptic feedback while typing on Google’s GBoard was a little too intense for my preference. After a little tuning though, I was able to quickly resolve this issue.

Once all set up, in my day-to-day use, I regularly found that the Poco M5s was a very competent phone that an average user would have no problem using as a primary phone. While the display itself only has a refresh rate of 60Hz, I personally don’t care for high refresh rates on a phone. The display itself got plenty bright enough to view outside in direct sunlight and made reading text an easy task. Being an AMOLED panel with 1080p resolution made content viewing a very pleasant experience. Colours were punchy without being overly saturated and dark colours gave a great degree of depth to any videos or photos I viewed.

While listening to various media, whether it be music, podcasts, videos etc., I found the speakers on the Poco M5s got loud enough to fill a room in my house with ease. However, the bass tones were not as deep as I would have liked. Also, at higher volumes, the sound quality depreciates and does not sound quite as full as a higher end device such as my iPhone 12. In phone calls, I found on speakerphone, call volume was much quieter than I would’ve liked. I often found I had to ask whoever I was speaking with to repeat what they had just said. Phone calls over the earpiece however sounded acceptable and never gave me any trouble with hearing the other person I was speaking with.

In my testing, I found the 64MP camera was the primary lens I used for a majority of my photoshoots. In bright and well lit environments, I found the Poco M5s was able to generally capture accurate coloured pictures that looked reasonable as a whole. However, at least in my testing, it wasn’t until I zoomed in that I found image edges were often very soft looking. On a number of occasions, I would zoom in or crop pictures only to find that my images would come out looking like an oil painting and did not produce an image I would want to use. For social media, where platforms often compress or crush images down, the Poco M5s will produce images that will generally please most audiences.

In lower lit environments such as a dimly lit room in a house, unfortunately the Poco M5s fell short of my expectations and more times than not, did not produce usable images. Images were often too poorly exposed, overly soft or completely lacked any sharpness. Pro Mode was occasionally able to produce a more useable image; however, the photos were still generally softer and did not compare to higher end devices such as my iPhone 12. Longer exposed pictures can have up to a 30second timer which really requires a tripod to capture an image with minimal blurring. I regularly found I was wishing I had my iPhone to capture the images I wanted to get, especially in dim or poor lit areas.

While trying out the 2MP Macro lens, again, unfortunately the Poco M5s was not able to produce an image I would want to share with friends or post online for others to see. Images were almost always out of focus. I tried a variety of different distances and lighting conditions and was not usually able to produce a useable image.

While the poor image quality could just be a result of unoptimized software vs actual hardware problems, I do wish Xiaomi would do a little more to improve this area of the phone. If images came out sharper with more detail, I feel the Poco M5s could give many mid range and even some high end phones a real run for their money.

While gaming, the Poco M5s delivered surprisingly great performance and left me surprised. Even in more intense games such as Genshin Impact, the Poco was able to play at 60fps on medium settings without getting so hot that the phone would overheat or throttle back speeds. The Game Turbo mode gave added performance boosts and optimizations to make game play more enjoyable and made for immersive gaming sessions.

Battery life is another trait where the Poco M5s is a step above many other devices. On board, the Poco M5s has a 5000Mah hour battery that delivers impressive endurance. As a fairly heavy phone user who needs their phone for everything from banking, to messaging and emailing and also for social media etc., I was often able to get nearly two days of use out of the battery. I could often unplug the phone on a weekday morning and get to just before dinner time the following day before having to plug the phone in. When it is time to charge, Xiaomi claims their included 33W fast charger will get you 64% in just 30 min, I was unable to test this due to the adapter being the wrong connection for Canadian/American wall plugs.

To conclude, I feel that Xiaomi has done a great job in most aspects on their new Poco M5s. It has great battery life that should get most users through a long day with ease. The Poco m5s will also deliver adequate performance to breeze through most tasks, including newer CPU and GPU intensive games. While I wish the camera setup was a little more optimized and shot better pictures, for the price Xiaomi is charging, they have provided a generous package overall. For users looking for a backup phone or a cheap new phone, the Poco M5s is a great device to consider if you are willing to accept its compromises in photography.

Xiaomi with the Poco M5S has produced a great mid range phone that delivers adequate performance for the average user. However, Xiaomi needs to do a little more tweaking on their camera software if they want to attract more people to their phones.
REVIEW SCORE
7.5
File Under: Poco, Xiaomi