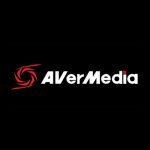 I remember when I was a young man, and YouTube was still a relatively small platform, I had some friends who started watching Let’s Play-ers; and at the time I thought it was the most ridiculous thing. I was one of those obnoxious, philistinic teenagers who would say, “why would anyone WATCH someone else play video games, when you could just play them yourself?”

It wasn’t until I was in my mid-twenties, through a combination of hanging with friends and both playing games, or just cracking jokes while they watched me play—while a particular leaf was involved—and discovering the Game Grumps that my opinions on the matter changed. But there was a particular incident that propelled me into the realm of Let’s Play myself.

But one important lesson I learned in creating Let’s Plays and Video Reviews—the importance of quality recording equipment. From a decent mic to a reasonable capture card, these things separate the wheat from the chaff when it comes to something people might want to watch. For the longest time I had been getting by with my Hauppauge PVR 2 Gaming Edition, but I knew as gaming tech advanced, I would need to upgrade. And so, the AVerMedia Live Gamer ULTRA was added to the arsenal.

The AVerMedia Live Gamer ULTRA has an impressive amount of power, crammed into a compact device. Clocking in at 4.43” x 2.6” x 1.02” inch unit, the AVerMedia Live Gamer ULTRA is pretty convenient to bring around—especially considering it’s built to be compatible with laptops as well as desktops. What also stuck me about the Live Gamer ULTRA is the built-in fan—although admittedly when I first started using the unit, I thought I had broken it—which helps keep the unit well ventilated and cool while it processes streaming and capture of higher resolution games.

“The AVerMedia Live Gamer ULTRA has an impressive amount of power, crammed into a compact device.”

Everything comes conveniently in-box with the AVerMedia Live Gamer, as it’s a pretty hassle-free device. All you need is the USB-to-USB-C plug in to tether it to your computer, and a simple HDMI in/out, and you’re ready to go. While you can use the AVerMedia Live Gamer ULTRA with most recording software—be it OBS Studio or XSplit—it does feature its own proprietary software: AVerMedia RECentral 4, which offers a fairly simple to understand interface for capturing and streaming; as well as offering ways to customize your capture and resolution settings.

The AVerMedia Live Gamer ULTRA is capable of not only capturing full HD signals at up to 120 fps—with HD pass through of up to 240 fps—but it’s also capable of 4K HDR pass through up to 60 fps, though capture is limited to 30 fps. The AVerMedia Live Gamer also supports HDR but only for pass through, so while you’ll be able to enjoy your games in their glorious range of colour, you will notice some muted colours in your recordings—unless you’re willing to boost the colours in post.

Unfortunately, for the purposes of testing I could not fully experience the power of this device as my Microsoft Surface Book 3—which I specced pretty high—didn’t meet the processor requirement, despite having 32 GB of RAM and an NVIDIA GeForce GTX 1650, the Surface Book 3 only comes with an Intel i7-1065G7 (quad-core). In every attempt at testing, both at 60 fps or 30 fps, I would notice significant lag in the capture, and in one particularly heartbreaking attempt at capturing Elden Ring, my victory over the Glintstone Dragon Smarag froze halfway, and the video file was completely broken.

This is not a point against the AVerMedia Live Gamer ULTRA, but more a cautionary point—considering part of the appeal of the device is its compatibility with laptops, next to devices like Elgato or Razer that really need a more dedicated recording PC. If you want the convenience of using this with a laptop, make sure it’s a high-spec gaming laptop!

It’s honestly a shame, because I was really getting ready to love the AVerMedia Live Gamer ULTRA. Its ease-of-use and quick installation, coupled with its sleek design and serious power under the hood made it an ideal addition to my recording arsenal. However, as I’ve been learning more and more lately, smaller mid-tier laptops just can’t cut it with much of today’s more demanding software/hardware. While I would honestly recommend the AVerMedia Live Gamer ULTRA, with its technical requirements, and $249.99 price tag, it’s not substantially better than anything you’d get from Razer or Elgato. At that point, it’s really just a matter of preference.

The AVerMedia Live Gamer ULTRA is a solid device, but not substantially better than other capture cards on the market.
REVIEW SCORE
9
Buy Online
File Under: AVerMedia, Capture Card, Live Gamer Ultra