Big Sound From A Small Package 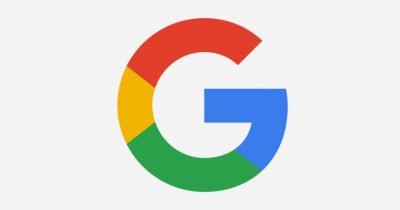 Earbuds are an interesting accessory for me. Getting the sound quality I expect from a premium pair of buds can sometimes leave me disappointed if they fail to deliver. The Google Pixel Buds Pro came across my desk recently, so I put them through the paces to see if they would fall by the wayside or stand prominently in the sun atop the mountain of lesser devices.

Upon unboxing, the Google Pixel Buds Pro revealed a beautifully elegant and simple charging case in a muted light grey colour. There is a dark strip that surrounds the outside of the case indicating where the case opens up. The charging port is located on the bottom of the case, indicating that the case must rest upon its side to be charged. The case itself has a very premium smooth texture to it, almost slippery but nice enough to slide easily into one’s pocket or bag on the go.

Once I opened the case up, I was greeted with a lovely pair of earbuds in a really nice colour that Google is calling Lemongrass. At first, I wasn’t sure about the colour, as yellow and green aren’t necessarily my go-to, but they grew on me very quickly and the splash of colour is pleasant to see when I open the case now. Each earbud weighs almost nothing, and I almost dropped them when I took them out as I wasn’t expecting them to be so lightweight. Each individual bud weighs a paltry 6.2g when equipped with the medium-sized eartips. Even the case isn’t all that heavy weighing in at 62.4g when the earbuds are inside.

I will say that I struggled getting the fit right the first time I used them. I put them in and walked to my car to drive to my office, and they both continually fell out. I thought it was an issue with the bouncing while walking, but it turns out I needed to change the eartip for the first time ever in a pair of earbuds. Once I moved up a size for the eartip, and the earbuds were in, I turned on some music, electing for retro day Rise Against’s The Sufferer and The Witness album. The crisp, quick guitar sounds filled my ears, and I was happily on my way.

“Call quality was flawless with the Google Pixel Buds Pro. I heard no distortion or quality issues at all, and could hear and be heard in all locations that I tested in.”

The sound quality that the Google Pixel Buds Pro affords is spectacular. Everything comes through in the form of rich and clear sound. I will say that it does have a bit of a bias towards bass, and that was very clear when listening to bands like Bullet For My Valentine, and Theory of a Deadman. This isn’t a bad thing, to be clear. I’ve spent so much time with earbuds that don’t have a bias towards bass or treble that it was thrilling to hear sound that leaned that way.

One of my favourite things about the Google Pixel Buds Pro is the active noise-cancelling (ANC). There are three options when it comes to the ANC: Off, Transparency, and Noise Cancellation. You can go between Transparency and Noise Cancellation directly on the earbuds themselves simply by tapping and holding on one of the earbuds until you hear one beep. Depending on what you’re changing to, you’ll either notice things get super focused or you’ll hear much more of the surrounding environment.

The Transparency mode works like a charm, as I was able to switch to it and have a full conversation in a noisy room with my partner and not have to take the Google Pixel Buds Pro out or have the other person speak louder. The exact opposite is true for Noise Cancellation mode. When it’s enabled, it is incredibly difficult to hear anything around you, which is the entire point. Expect to have to be alerted visually if anyone is trying to get your attention while you’re using Noise Cancellation mode.

“The sound quality that the Google Pixel Buds Pro affords is spectacular.”

Whenever it comes to a wireless peripheral, the biggest issue for most people is how long the battery can last. Well, the Google Pixel Buds Pro have a very respectable battery life, coming in at 11 hours of continuous usage (without ANC on) and 31 hours of listening time with the charging case. When ANC is enabled, the battery life, understandably, drops a bit to 7 hours with the earbuds and 20 hours with the charging case. During testing, I experienced very similar battery lifetime with and without ANC on, so rest assured that the Google Pixel Buds Pro will get you through the day with plenty left over to spare.

The charging case itself has two methods of charging: through the USB-C port or via wireless charging. Wireless charging works as long as you’re using a Qi-certified charging accessory. If you elected to go with the wired charging option and are in a time crunch, you’ll be happy to know you will get up to 3 hours of listening with ANC on from a 15-minute charge.

There are a fair few really cool features built-in to the Google Pixel Buds Pro, such as gestures. For example, if you swipe back to front on either of the earbuds, you’ll increase the volume by a pre-set amount. This is perfect for those times that your phone is just not available to be used, or you don’t want to pull it out of your pocket to turn up the volume. Likewise, a swipe front to back decreases the volume by the same increment. I used this feature more times than I thought I would, as it’s extremely convenient to not have to pull my phone out every time I want to increase the volume or change the song.

Call quality was flawless with the Google Pixel Buds Pro. I heard no distortion or quality issues at all, and could hear and be heard in all locations that I tested in. I still needed to take my phone out to place the call but hanging up was a simple tap on one of the earbuds. There are large microphone openings on the outside of the earbuds with a protective mesh that helps silence wind noise. Inside the earbuds, there are multiple tiny beamforming mics to pick up your voice in noisy environments. So, you’ll be able to make sure that you can take that call anywhere.

There was one feature I did not get to test during my time with the Google Pixel Buds Pro, and that is the equalizer within the Pixel Buds app. It is available on launch day, so at the time of this writing, it is still not out. There was one thing that I wished for when I used the app, and it was the equalizer, so knowing that it is coming is exciting for me.