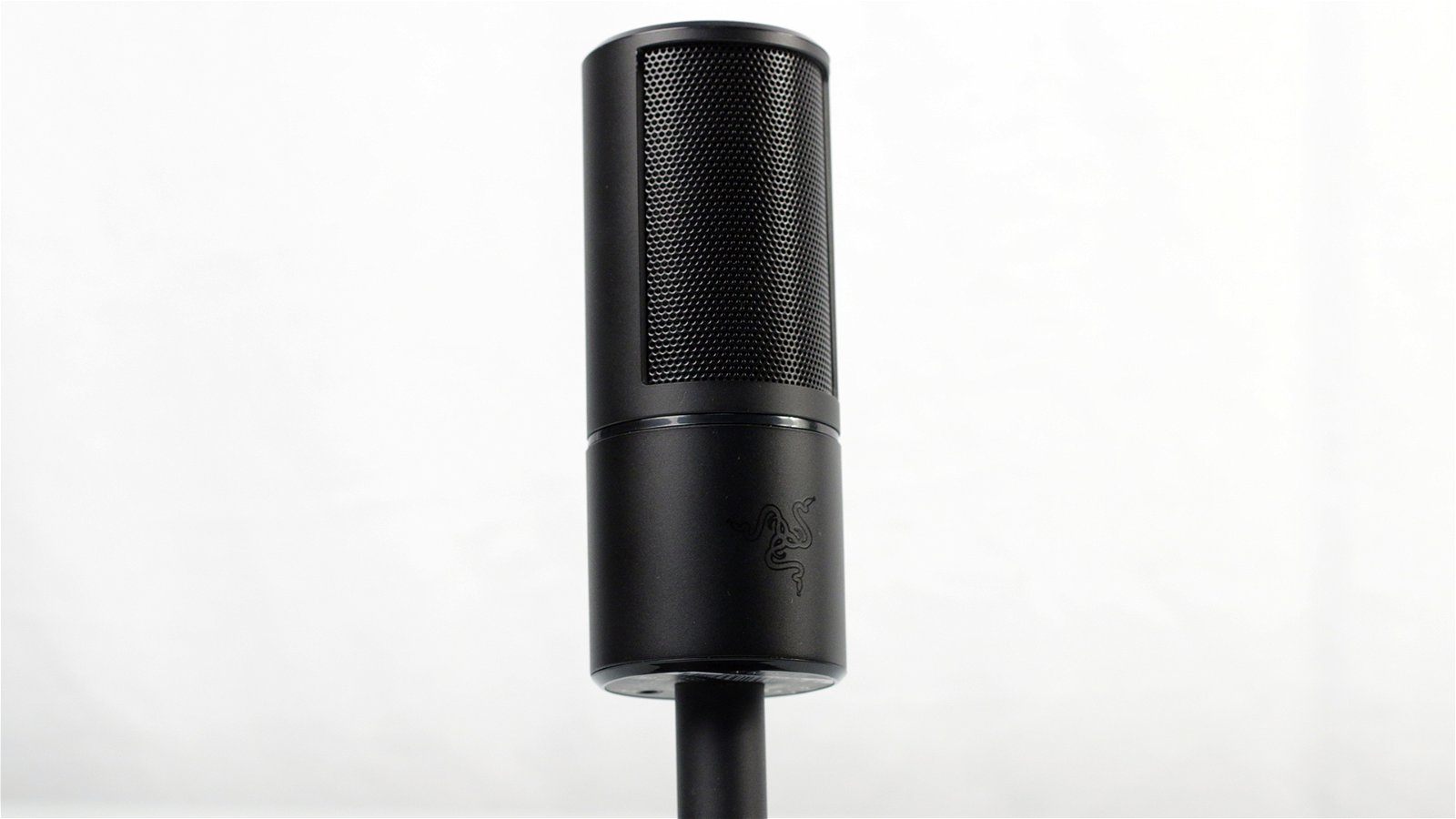 Amateur streamers on a budget have seemingly been locked into purchasing a Logitech webcam and a Blue Yeti microphone as their starting studio equipment for years. Due to the lack of alternatives and quality competition in these lineups, these companies’ products have grown stagnant in growth and new iterations are merely incremental upgrades. Leave it to Razer to try to shake things up by developing the Razer Seiren X and Kiyo in response in their new line of streamer certified products. Built off the same core tech as their premium Seiren mic, the Razer Seiren X aims to dethrone the Blue Yeti with its attractive compact design and cheaper retail price. However, just like the previously reviewed Kiyo, this contender has made a couple of compromises in order to reach this weight class.

Retailing for $140 CAD, the objective of the Razer Seiren X is to provide users with a compact studio grade microphone that they can freely take on-the-go due to its driverless setup. Simply plug the device into an open USB port and the Seiren X is instantly recognized as an audio source in the user’s preferred streaming service, including OBS and XSplit. The sleek form factor and unobtrusive design of the Seiren X is perfect for amateur streamers looking to maximize the potential of their minimalist setup. While its lightweight appearance may not be doing it any favours when compared to the bulky and similarly priced Blue Yeti, Razer has managed to pack in all of the core essentials users are seeking from these kinds of microphones and offer it in a much smaller package then the competition.

The only negative I could identify for a microphone in this price range is that the Razer Seiren X trades versatility in exchange for its functional design. Users already familiar with the Blue Yeti will know that this microphone provides them with a wide array of capture modes for different broadcasting situations, as well as a convenient gain adjustment dial. These features are stripped away from the Seiren X, and while their exclusion doesn’t harm the core experience amateur streamers are looking for, it does harm those users looking for a device they can use outside of their broadcasted adventures.

This locks the Razer Seiren X into using a cardioid pickup pattern for recording audio, similar in function to the Blue Snowball. However, Razer says that this technology has been fine-tuned to deliver a more precise recording. For readers unaware of what cardioid pickups are like, sound is only recorded from in front of the device instead of 360 degrees around like a traditional mic. This effectively reduces unwanted background noise and makes sure that the only sound recorded is the user’s voice. The Seiren X also features a built-in shock mount to ensure that your recording is protected from sound anomalies if you happen to bump into the mic or knock the table.

After testing my Blue Yeti against the Razer Seiren X I have come to the conclusion that both microphones offer a near identical recording experience when it comes to sound quality. This leaves users in a good position as now their purchasing decision comes down to what features do they want out of a mic. If they are looking for a compact mic that takes seconds to setup and can be taken on-the-go, then the Razer Seiren X is the winner for them. If the user is looking for more versatility and a greater variety of recording modes, the Blue Yeti retains its crown. Razer has done a great job at offering consumers a competitive alternative to the Blue Yeti microphone with the Razer Seiren X, but it lacks the wow factor to make it a clear winner in the debate.

Razer has done a great job at offering consumers a competitive alternative to the Blue Yeti microphone with the Razer Seiren X, but it lacks the wow factor to make it a clear winner in the debate.