Comparable to the Best 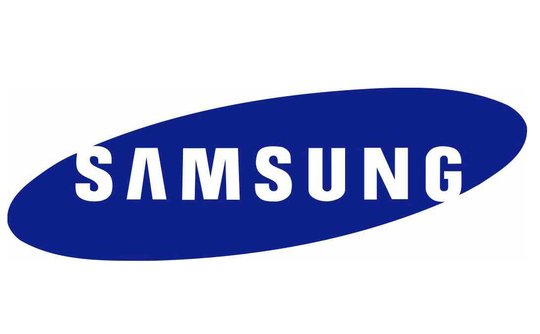 When their brand new Note 7’s started exploding, consumers began to lose confidence in Samsung’s brand and products. Yet, in one fell swoop, the tech manufacturer managed to regain much of that lost confidence with a second wind known as the Galaxy S7 and the Galaxy Tab S3. Samsung’s answer to Apple’s insanely popular iPad continues to improve with each generation by using enhanced components and future-proof tech that won’t see its full potential utilized for another year at the earliest. Rounding out with a price tag of $600 USD, the Samsung Galaxy Tab 3 is aiming high against a wealth of competition from both Apple and other Android tablet manufacturers.

Starting off with design, the Samsung Galaxy Tab 3 takes many of its inspirations from the Galaxy S7 smartphone by sporting an all-glass exterior. Personally, I dislike this approach because that sleek looking backplate needs to be cleaned regularly or the glass is going to be ruined with fingerprints, but users who love this kind of aesthetic should already know what they’re getting into by purchasing this device. To support that feeling of sleekness the Galaxy Tab 3 only weighs 429 g. and is about 6mm thick. What is sure to be the true spectacle, however, is the 9.7” Super AMOLED display, which features a strong colour depth and a native resolution of 2048 x 1536.

Continuing on with specs, the Samsung Galaxy Tab S3 is built with the Qualcomm Snapdragon 820 as its core CPU and GPU, resulting in 3x faster graphics and 18 per cent more power under the hood than the previous generation Galaxy Tab. The quad-core chip runs at 1.6GHz base clock and then ramps up to 2.15GHz under intensive applications like games and multi-tasking. Audiophiles can fill a room with sound using the four powerful corner speakers at max volume and photographers are sure to enjoy the 13.0 MP main camera, which can also record in 4K at 30 FPS. To power all these intertwined features is an efficient 6000mAh battery, which takes full advantage of Samsung’s fast charging technology.

The specs sound like they would make a compelling case to purchase the Samsung Galaxy Tab S3, but the performance feels a bit lacking. While testing out games I felt the Galaxy Tab S3 was losing some of its responsiveness, especially when there were more than two or three applications running at a time. Google’s tablets and Apples new iPad don’t suffer from these kinds of stability issues despite offering similar specs, but I believe the issue at heart is that Android needs more improvements to utilize the full potential of the hardware. So if gaming isn’t going to be the main draw to the Samsung Galaxy Tab S3 then that leaves the video streamers as Samsung’s best target.

Streaming any kind of video on YouTube or Netflix resulted in an immersive viewing experience. The AMOLED screen is truly a great display, displaying rich colour and showcasing the full depth and range the scene was meant to captivate to its audience. The Samsung Galaxy Tab 3 has one more highlight feature for bingers though: HDR video compatibility. While the catalogue is still in its infancy, literally restricted to a YouTube playlist of animals and scenery, HDR videos look fantastic and really drive home that this is the tablet for consumers who love to watch their favourite forms of entertainment wherever they go.

A neglected addition I failed to mention in the Samsung Galaxy Tab S3’s package is the impressive new S Pen. Now I’m no artist, let alone a writer with competent handwriting, but the S Pen really showcases how far stylus’ have come since their stressful introduction to the market. The Pen flows naturally thanks to its ultra-responsive 0.7mm tip and it feels comfortable to hold for long sessions despite its oblong form factor. The Pen is smartly integrated into many of the Galaxy Tab 3’s applications, allowing users to write notes, draw pictures, and edit video with minimal effort and precise control.

That same level of quality doesn’t carry over to the optional $130 USD Keyboard/case add-on, however. The price is understandable because it’s a proprietary add-on for this device, but I honestly despise the quality of the keyboard. I wouldn’t even describe it as being equivalent to a boring membrane board. The keys feel oddly squishy and the typing experience is cramped. The viewing angle is also locked to just one position, offering no freedom to position the device to fit the user’s environment. If this was just a case then I would have a lot more positives to say because it is a good looking case made with nice material that even has a slot for the S Pen, but this is an add-on that just increases the price of the device without adding any worthwhile functionality.

The Samsung Galaxy Tab S3 is a quality tablet all its own that doesn’t need to be bloated up with additional add-ons. I do recommend picking up a nice case that can adjust to multiple viewing positions so users can take full advantage of the stunning display without breaking the bank on a useless keyboard. The performance may be lacking due to Android’s shortcomings with tablets, but users who love Android devices will feel right at home with the Samsung Galaxy Tab S3 and still have an entertaining experience that is comparable to the best high rollers on the market. I only wish there was a more fleshed out HDR library on offer to showcase the cinematic viewing experience of this technology on tablets.

Users who love Android devices will feel right at home with the Samsung Galaxy Tab S3 and have an entertaining experience that is comparable to the best competition on the market.
REVIEW SCORE
8.5
File Under: Samsung