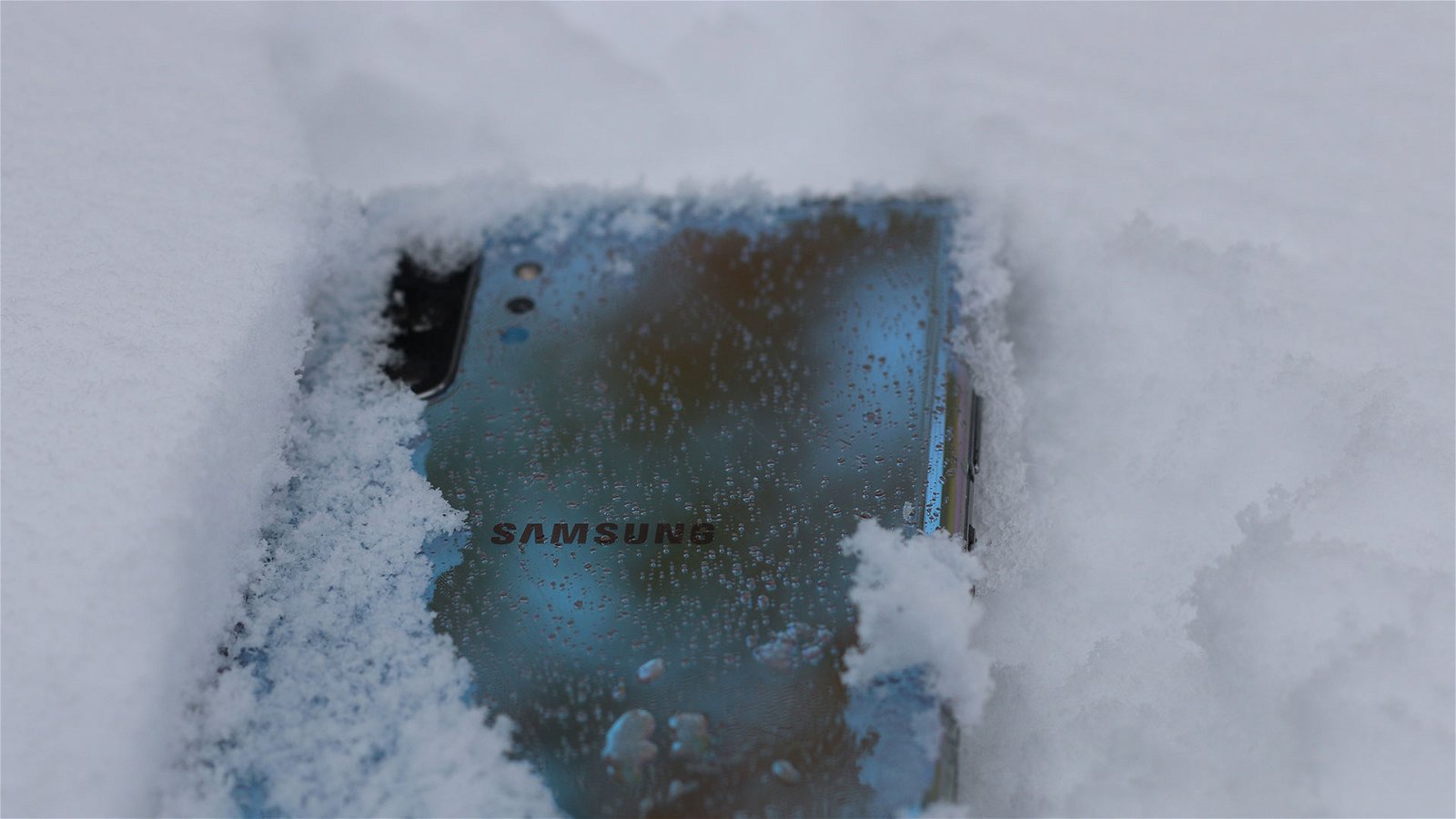 There was a time when the Note brand of phones signified something special. It was the bleeding edge Samsung offered, it often had the best specs, and it had the stylus.

As the brand evolved, and the Android ecosystem evolved with it, the differences between the S line and the Note line blurred. As the Samsung Galaxy S got bigger, more powerful, and acted as the flagship that most people turned too on Android, the Note was left with less to differentiate it from the competition. Now, with the Note 10 Plus, Samsung has taken the advancements we saw in the Samsung S10, refined them, and produced one of the most advanced, and feature-rich phones you can currently buy, but as with anything, there are caveats.

There are plenty of big Smartphones on the market, even Apple has jumped in on the big phone craze. But few execute on that size in a style quite like the Note 10. This is a stunning device, that feels as premium as the price would suggest. The curved glass front, appears to melts into the metal pearl-like back making for a stunning device to look at and hold. The S-Pen slides easily into its special slot to the bottom right of the device, which also charges the pen when not in use.

One thing you will notice is missing this time around is the 3.5mm headphone jack. And yes, it took a while but Samsung have finally opted to remove the feature this time around. They did choose to include a ‘fine’ set of AKG branded USB-C headphones in the box, but you will need to pick up the 3.5mm dongle separately should you want to go that route.

Looking to the back of the phone and you will find the three-camera array, along with a ToF (time of flight sensor). The Note 10 Plus features a main 12-megapixel shooter with an f/1.5 aperture, a 16-megapixel ultra-wide f/2.2 and a 12-megapixel f/2.1 telephoto. The ToF sensor is used to measure depth, which is used to great effect in the new AR stickers and AR drawing modes that the Note 10 includes.

As one would expect from a phone at this price point, both the main and telephoto support optical image stabilization (OIS). Samsung has also increased the focus on Vide this time around with new ‘pro-grade’ video recording, ‘super-steady’ stabilization and an improved video editor. And honestly, from all our tests, Samsung has made great strides in this font, with the Note 10 Plus making for a fantastic video recorder in a pinch, and while it still does not match the abilities of the iPhone 11 Pro, it comes very close, and with the added features the S-Pen allows, especially in video editing, it has become a very viable option.

Under the hood, you can see why the Note range stands as the pinnacle of Samsung android offerings. Boasting the latest Snapdragon 855 (Exynos 9825 outside North America), the Samsung Note 10 Plus comes with 12GB Ram, a choice between 256GB and 512GB storage, expandable storage via Micro-SD. It also offers a massive 4,300 mAh battery a 6.8-inch Dynamic AMOLED touchscreen with a resolution of 3040×1440. Samsung has thrown everything in this phone, and it shows

The screen on the Note 10 Plus is bright, vibrant and clear. It also manages to do all this with a little bezzle as possible. The curved glass screen makes it feel as if the display spills over the sides of the device, a stunning concept, along with a bit tedious to take advantage of if you are not used to typing on such a screen.

Now, the Note 10 Plus does did not have the fast refresh rates we are seeing in devices like the Razer Phone or the new OnePlus 7 Pro, but honestly, I never missed this, and unless you are the most discerning of screen aficionados, chances are you won’t either.

Even without the 90 Hz feature, the Note 10 Plus feels undeniably ostentatious and premium. From the way the device feels in the hand, to the glamorous look of the  Aura Glow back, Samsung has done everything they can to make this feel like a premium device, and it shows. That being said, he back should win an award for how much of a fingerprint magnet it proved to be. It will be near impossible to keep this device looking free from marks unless you put it in a case, and that will spoil the look the device in the process.

Looking back at the camera, and not much has changed since the release of the Samsung S10 lineup. Beyond the ToS sensor on the back, you will find the same basic features you would find on the other, less big flagship. That is not saying it is a bad thing, the Samsung S10 was one of the best Android cameras of 2019 and remains so, but it still does not quite take on the Pixel 3 or Pixel 4 for that matter.

The photos from the Note 10 Plus will be close to what you could hope to see from Google’s Pixel range of devices. There are a few areas that the Pixel has a leg up over the Samsung, but all-in-all, you can expect photos close to what you can find on an iPhone or Pixel. I find Samsung over saturates colour at times, making things pop a bit more then I would personally like, but this is a preference thing. And as we say in all phone reviews, while these photos are fantastic, a good DSLR or point and shoot will still manage more then what you can achieve here.

It is also a pleasant surprise to see Samsung work to improve the overall camera taking process. The process of taking photos on a Samsung phone has never been more easy, or more fun. They have made great strides in crafting an app that works, is packed with features, and overall, reliable. I never worried about what I was doing, and results were consistent throughout testing.

The S-Pen is the other area Samsung has taken strides to improve and mack more innovative. You can now do more than ever with the S-Pen, this is thanks to new sensors now built into the small device. From controlling actions within the camera to using it to navigate music and apps. The pen feels much more a part of the reason to get a note.

You can still do all the basic pen features we have seen in past iterations, from taking notes on the screen, to capturing and commenting on screenshots, The Samsung Note 10 Plus feels like the ideal device for people that want to do more than use their finger to use their mobile computer.

Of course, for all aspiring artists out there, the S-Pen still great for art-based applications, from photo editing to painting, with the tilt and pressure sensitivities, the Samsung Note 10 Plus is the perfect size for art on the go. It will not replace a good drawing tablet, and the size of the pen does make it difficult for long drawing sessions, but it has just enough in it to make for an easy to use, and enjoyable experience.

Speaking of ease of use, Samsung has made great strides in the realm of the interface. Now, let us be frank, I will always like the feel of a bare-bones Android experience. I like my OS to get out of the way, and allow me to do what I need to do with as little interference as possible. That being said, Samsungs new One UI feels much more efficient at managing all the potential features on offer with the Note 10 Plus.

It feels a bit annoying that anyone that jumps on the Note 10 Plus will have to wait a bit longer for the Android 10 update, but Samsung has snuck many of the features we see in Android 10 into what you have on offer with the Note 10. Not all of them work as smoothly, or efficiently as what Google has on offer, but it does just enough to make the wait a bit less tedious.

The Samsung Note 10 Plus feels like the ‘most’ Android phone currently on the market. It is akin to the Ferrari, it does everything a normal car can do, just better. Most people don’t need the flash, or power the Note 10 affords, and the with the premium price, it is a hard sell for some. But for anyone looking for the best phone money can buy and want Android, the Note 10 Plus is it. It has the most features, the most screen, and the most power, of anything currently on the market. Samsung has delivered on a stunning device, and if money is no object, give the Samsung Note 10 Plus a try, you won’t be disappointed.

The Note 10 Plus is a stunning device, and Samsung has delivered on the concept of ultra-premium android phones like no other with this year offering. 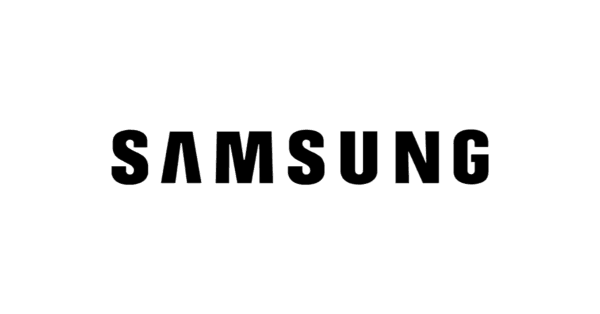