The Small Board That Packs a Major Punch 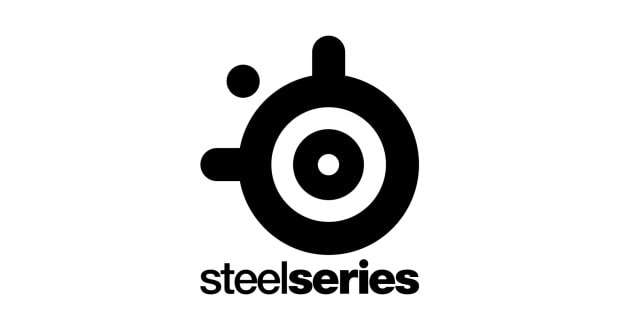 Let me preface with the elephant in the room with the SteelSeries Apex Pro Mini Wireless Gaming Keyboard it has a $310 price tag in Canada. Yes, it is significantly more than the wired edition, and while it may seem like this price would be steep to the casual gamer or keyboard junkie, the SteelSeries Apex Pro Mini Wireless has numerous key characteristics that set it apart.

The SteelSeries Apex Pro Mini Wireless feels immaculate to the touch with its standard 1.8 actuation on each keycap. This was the smallest, most compact keyboard I have ever tested, and I found many great uses for it that took me by surprise. For one, it freed up a lot of space—especially since I have been using the full Razer Cynosa V2 as my keyboard for years. Another plus for the modest-sized board was that the keys were the focus, and my finger placement was more contained to one area, meaning I was less concerned with avoiding random keys I didn’t need.

The size of the board was still challenging to adjust to. Even though my fingers were controlled to a certain area, and I could reach almost every key instantly, there were still moments where the keys felt too close, and I was stuck correcting typos a lot. To counteract this issue, SteelSeries had the answer, and that was with the SteelSeries Apex Pro Mini Wireless’s special ability to adjust actuation levels with each of its 61 keys.

As a quick refresher, actuation is the point where the key switch sends the signal to the computer. This means the lower the actuation, the less pressure is needed for the switch to be registered to the computer. Essentially, it is like setting a keyboard’s sensitivity level by setting how far the user needs to press a key to get a response—like how one would with their mouse movements and DPI settings.

In terms of the unique features of this keyboard, I really wanted to explore SteelSeries’ OmniPoint 2.0 Adjustable Switches they boasted about. This was a first of its kind for the peripheral company and one of their claims was how these were “the world’s fastest and most advanced adjustable mechanical switches.” The SteelSeries Apex Pro Mini Wireless Gaming Keyboard was said to give users the ability to fine-tune their keystrokes by tuning individual key settings by the nearest 0.1 mm. I can attest that this was all true.

Every key was able to adjust to the fastest keystrokes at 0.2 mm actuation depth or could be changed to deeper presses at 3.8 mm. Anything within those two ranges of actuation depth was fair game. This also meant that dual actuation would be possible as I could set different keys I used less or did not need to use to different actuation. All these modifications were of course made in the iconic SteelSeries GG app. So, you are probably wondering, ‘is this all a $300 keyboard could do differently’?

While tinkering with actuation points is fascinating on their own, the SteelSeries team went further by allowing users to set dual bindings. This meant that I was able to bind a separate command upon releasing the key I put this feature to the test playing one of my favourite MMOs—Star Wars: The Old Republic, as I found that genre would benefit the most from dual bindings where spellcasting and button-mashing the right keys would be essential. The guaranteed 100 million key presses were evident as I did quite a few hours of button mashing.

Going into the games with quicker gameplay, I tested this badass keyboard on Valorant, Apex Legends and Elden Ring. I found my strafe-shifting improved with adjusting the actuation levels on the WASD keys. For Apex Legends, I tried out some dual bindings for switching weapons quicker that helped a lot more than I thought in theory. For a game known for its quick movements, I felt that the lower actuation setting was a double-edged sword. I was able to react quicker in gunfights, but sometimes I would accidentally hit the wrong keys in the process because I would trigger multiple buttons at the same time.

The double shot PBT keycaps were smooth and when examined keenly felt like they were built tough and were not as squishy as other PBT keycaps, nor the inexpensive ABS keycaps. I found the side-printed secondary actions on most of the keys easily accessible as I had to use some of those functions I would normally use on a full-size keyboard. With these high-end keycaps, there is less worry about wear-and-tear on them compared to the lower tier boards.

From a connectivity standpoint, the SteelSeries Apex Pro Mini Wireless could be connected to one’s PC or laptop through a wired connection or wireless connection via Bluetooth 5.1 or the SteelSeries dongle. The board itself could be adjusted to three different, ergonomic heights as most boards: flat, half and full extension. The SteelSeries Apex Pro Mini Wireless also came with a detachable USB Type-C braided cable which felt exceptionally durable, but nothing special compared to other braided cords that came with other keyboards.

Overall, what I found when playing around with SteelSeries GG’s macro settings, various key binds and key actuation was that this was a magnificent mechanical keyboard I would not comprehend to push it to its optimal settings in one day. Maybe a keyboard enthusiast would be able to justify its price point even more with its complex systems, but as a beginner/intermediate user of various keyboards I found that the $310 price tag unnecessary for me.

Despite the extravagant price, the SteelSeries Apex Pro Mini Wireless Gaming Keyboard provided high-class keycaps and switches on top of many of the common features typically found in mechanical keyboards of this quality. If you are willing to shell out lots of dough for a superbly versatile board with long-term durability and ease of connection, this may be your next investment.
REVIEW SCORE
9
Buy On Amazon
File Under: Keyboard, PC, Steelseries