Uniqe Take on the Classic
SCORE: 9/10 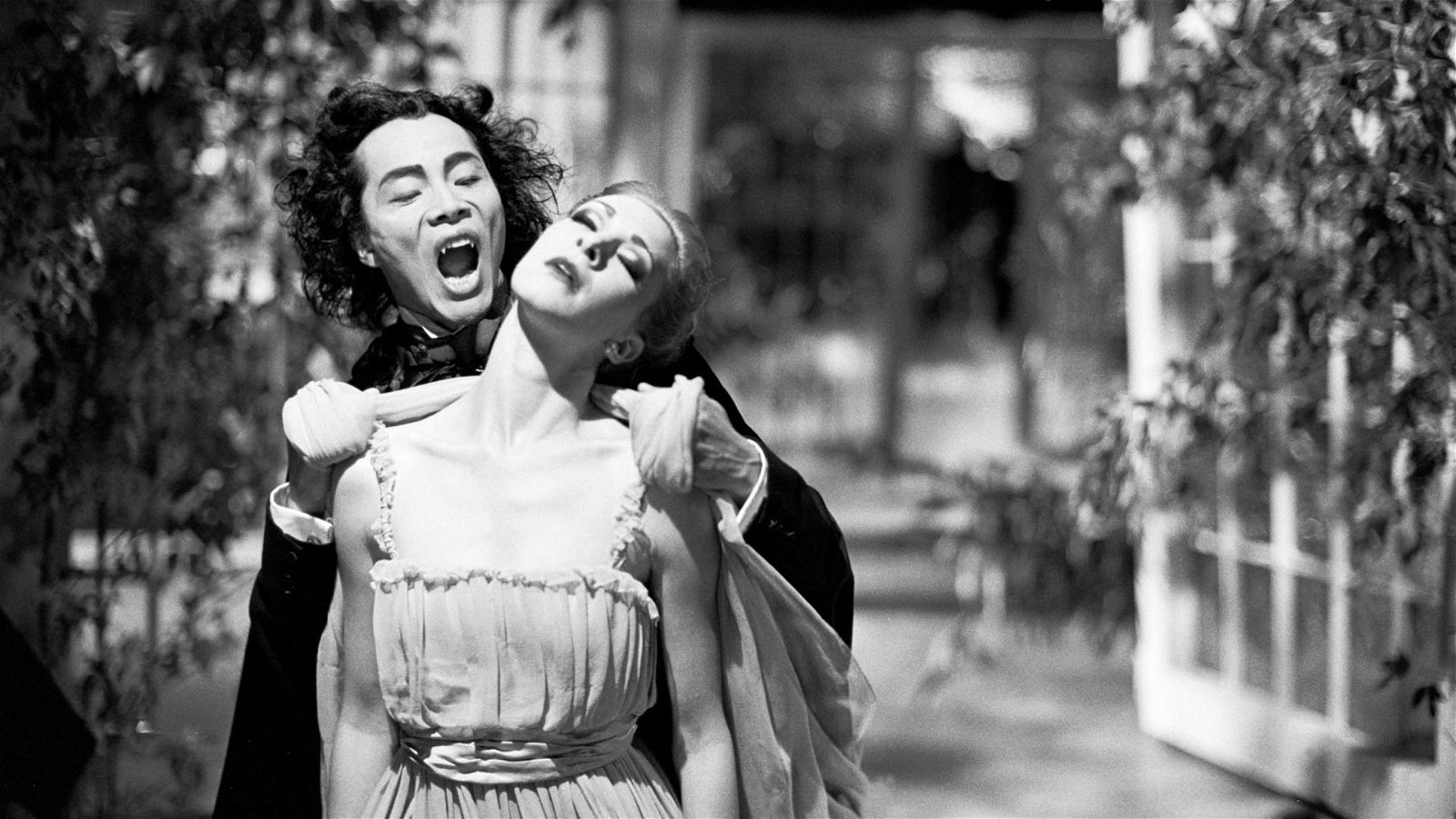 Easily the best version of Dracula since Nesferatu, this newest version of Bram Stoker’s classic tale was originally released in 2003 and is now available for DVD purchase. Well worth having another look at, Guy Maddin’s (The Saddest Music In The World, Tales From The Gimli Hospital) directorial thumbprint is neatly engrained into the Royal Winnipeg Ballet’s production by Mark Godden of Dracula. If you think this is a joke to watch Dracula performed as a ballet, on screen no less, then you are vastly underestimating how perfectly cohesive this is weaved together.

Maddin sets the film as a silent picture, making the imagery grainy and encased in fuzzy black circles that get smaller and bigger. Going from black and white, to sepia and layers of blues filters and, great statements of the silent film era such as “fleshpots!”, make this Dracula visually mesmerizing. The overexposed lighting at times gives a symbolic, “basked in light” quality, which is only enhanced by the black and white technique and the lens widening and shrinking giving me the impression that Norma Desmond was ready for her close-up.

Amidst this evocative directing, splashes of deliberate colourings are added into certain objects, such as the inside of Dracula’s cape being blood red at one point. Maddin creates a stunning, and brilliant return to antediluvian film-making with so many layers that an essay could be written on it.

As silent films are so overly dramatic in performance, and ballet has a similar expressionism, you wonder why silent films aren’t logically infused with ballet more often. Every emotion, or subtle nuance of film is used as a way to express the texture of the story, revealing a meticulously thought out production.

Gustav Mahler’s orchestration bridges the gap between silent era organ musical overlays and ballet symphonic violins. Mahler makes the music into another character, which fits in with the dark and ominous theme of the vampire tale.
Zhang Wei-Qiang makes an ideal Dracula, with his piercing eyes, muscular ballet physique, angular jaw and black coiffed tresses.

Perhaps in the hands of some other director, this version of Dracula might not have seemed so engulfing to watch. The correlation between the ballet performance and the silent film experience was an ideal fit. Well worth adding to any Dracula collection, or for that matter, worth adding to your collection of ballet performances on film; after all, I know you have one.

Dracula: Pages From A Virgin’s Diary is well worth adding to any Dracula collection, or to your collection of ballet performances on film, if you don't already have one. 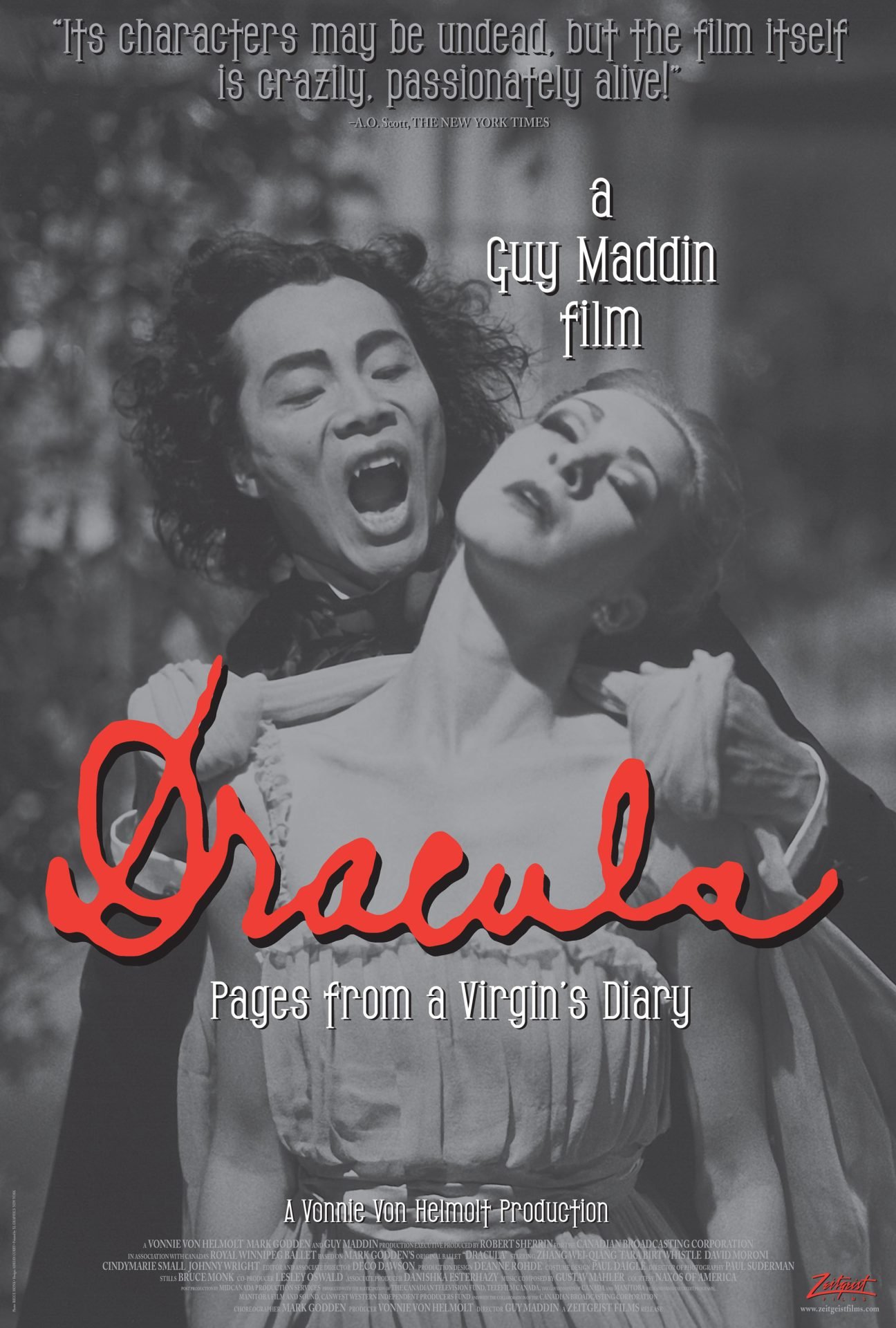