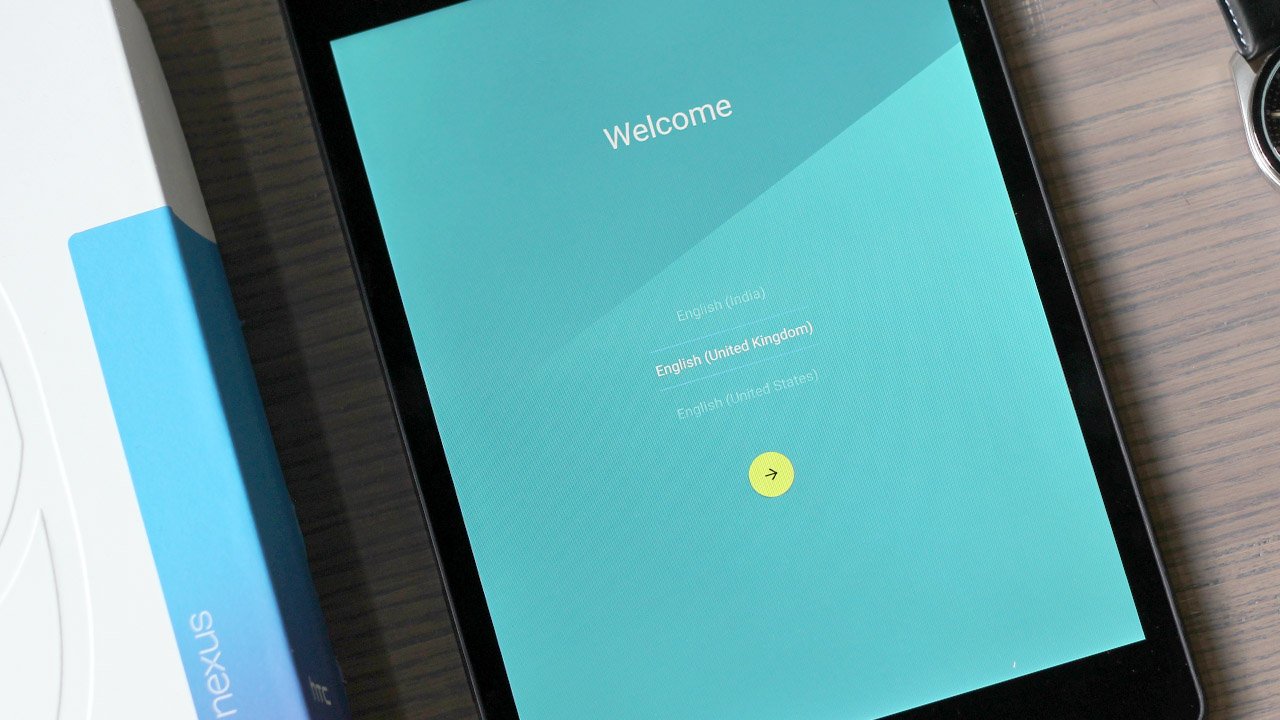 The Best Lollipop Tablet On The Market

Google continues to partner up with various companies to produce their own line of devices and this time, the step up from the now discontinued Nexus 7 and 10 tablets have passed the torch from Asus to HTC for the Nexus 9. Google and its partners seem to be going through an experimental phase as they try put different sizes and devices on trial, trying to determine the best size and functionality for their range of phones and tablets. Now the Nexus 10 and 7 models  have both been put to pasture and Google is offering only one official tablet. Fortunately for Android fans, it manages to do just about everything right.

For anyone familiar with the ongoing march of technology in tablets, there’s nothing particularly surprising about Google’s latest tablet. The Nexus 9 is improved in all the conventional ways, with no unexpected changes to either the functionality or physical design. This is a bigger, better, faster version of the Nexus 7, now with the latest Android OS, and it does everything it needs to within those design parameters and not much more.

The spec side of things is where the safe list of improvements start. A 64-bit NVIDIA Tegra K1 processor is paired up with 16 GB of RAM in this review model. The two cameras are 8 mega-pixels for outward camera, and 1.8 mega-pixels for in the inward camera respectively, with HTC BoomSound dual speakers. The screen is an 8.9” IPS LCD display made with Gorilla Glass 3, and of course, it packs in a micro-USB 2.0 port, a 3.5 mm audio jack and the expected Wi-Fi and NFC functionality. In all respects, this is a tablet with quality mid-to-high range components, and it’s priced that way, at a pretty reasonable $400 for the 16 GB model. Interestingly, this amount of power puts the Nexus 9 about on par with last generation console hardware, which is either an impressive testament to the acceleration of mobile computing, or a damning testament to the unusually long seventh console generation we experienced from 2005-2013.

Whatever the case, the practical benefits of the new Nexus 9 are summed up in the faster, more powerful processor combining with the improved Android “Lollipop” OS for a blazingly responsive, robust tablet experience. Performance-wise, the Nexus 9 will handle pretty much anything the average tablet user can throw at it without any noticeable drops. Whether it’s running multiple apps and browser windows, or streaming video, the Nexus 9 is a competitive handheld device that will satisfy users looking for a speedy, reliable machine. The latest Android OS update is a big selling point, with the tablet pretty much made for “Lollipop” in the same way the previous Nexus 7 was made for the “Jellybean” version of the OS. Apps run smoothly, and the Nexus 9 enjoyed a reliable position as the secondary gaming assist device for Grand Theft Auto and Destiny apps without missing a beat. The size of the screen also makes it a competent display for the reading of comics using the Comixology app, without resorting to the Guided View function to keep text legible, an occasional problem for the Nexus 7. There have also been a few smaller design improvements, like the ability to cancel the tablet’s sleep mode simply by tapping twice on the screen itself rather than fumbling for the narrow power switch on the side. The speakers are now front mounted for those that insist on listening to audio “au naturel,” and while it improves sound quality somewhat, it’s still no substitute for a good pair of earphones.

Having said all that, there are still some things the Nexus 9 doesn’t excel at. While the display is sharp, the clarity of color is merely average, so watching videos on it, or even reading comics won’t have the same rich “pop” to it as the iPad Air 2, even if the resolutions are identical. The comparable size to the iPad Air 2 also makes the Nexus 9 more of a two-hander for those with smaller hands. And of course, those cameras aren’t going take amazing images, though most people who own tablets tend not to use them for photography anyway.

Fans of the Android OS with money to spare can safely invest in the Nexus 9 and know that they’re getting an improved device, just not an order of magnitude of improvement. For those that are thinking of jumping into the Android OS ecosystem for the first time, the Nexus 9 is probably the best place to start in terms of price and performance. For those that were wondering if they should move up to a Nexus 9 since the Nexus 7 and 10 are discontinued, it depends on whether better performance is worth $400 more dollars. This does everything the older models did, just faster.

For those that were wondering if they should move up to a Nexus 9 since the Nexus 7 and 10 are discontinued, it depends on whether better performance is worth $400 more dollars.