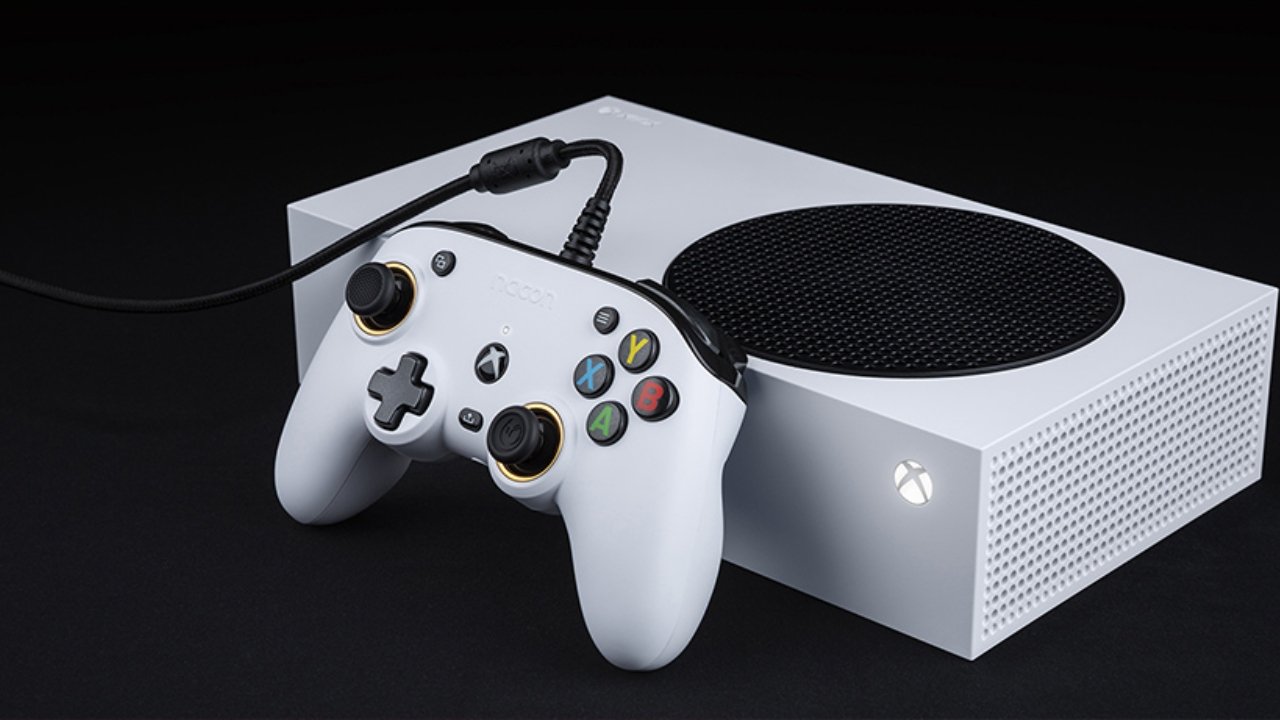 Xbox has been my system of choice since I first played Fable in 2004. Since then, my hands have all but become melded to the Xbox style controller, so much so that when you hand me anything PlayStation related it’s like I’ve never played a video game before. When the opportunity to review the RIG Pro Compact controller for Xbox game up, I was reluctant, thinking I’d be biased to my normal Xbox One controller, but I can say now that NACON has come really close to matching the Xbox style while still making slight changes that improve the controller and make it their own.

Out of the box the RIG Pro Compact controller felt lightweight. The stark white contrasts nicely with the black buttons, triggers and sticks with a copper ring around the sticks as a unique touch. The controller features all the buttons you’d find on an original Xbox brand controller with a subtle NACON logo in the middle. The cord for the wired controller is nearly 10 feet long, which is great for console players, but much more than I needed for my PC. I found myself a little tangled regularly. Once the controller was plugged into my system of choice, it connected on its own seamlessly and was ready to go with its default settings.

On the back you’ll find a switch that allows players to switch between your standard profile (classic mode) and custom profile (advanced mode). With the Pro Compact app for Microsoft each button can be customized to suit your needs. You can control the response curve of each stick and the dead zone of each trigger by choosing between Racing-Sports, FPS, FPS-Pro, Arcade-Fighting and Infiltration. Here you can also turn vibration on or off, invert your sticks, or convert your Dpad from 8-way to 4-way. With a flick of the switch on the back you can move between your standard and custom profiles with ease depending on the needs of the player or game.

“…any headset plugged into the controller sounded more crisp and clear than before.”

I’m not usually one for custom profiles for controllers, but I’ve recently been exploring Swords of Legends Online and with their custom gamepad settings mixed with the ones for the RIG Pro Compact, I’m looking forward to a unique gaming experience and perhaps being able to drop gaming with my keyboard and mouse altogether.  The controller also comes with Dolby Atmos Sound capabilities and once activated via the Dolby Access app in the Microsoft store (for Xbox and PC) any headset plugged into the controller sounded more crisp and clear than before. This is something I’m also looking forward to when the SOLO Beta is available, as Fortnite isn’t quite as immersive when it comes to music and sound effects.

I mainly spent my time with the RIG on my PC playing Fortnite. As I said, the game isn’t the best test for audio, but I did notice the sound of pickaxes or smashing boxes became more life-like. The sound effects seemed to continue, almost echo in a way that would occur naturally if I were actually breaking things in person. This wasn’t something I expected to notice much of when switching from my normal PC headset to one set up through the controller, so it was a nice surprise, and I was definitely impressed.

I thought I would have a hard time with the shape of the RIG Pro Compact as it is 15% smaller than a regular Xbox controller and seems a big bulkier in terms of width. The device ended up being a small adjustment and in the end I found it slightly more comfortable, now switching back to my wireless controller, it feels similar but like something is not quite right. I have small hands and I found that my fingers sat nicely on the triggers and bumper and my thumbs fit perfectly on the stick grips. Each stick is also textured but not enough to irritate my thumbs like the Xbox One controllers do, which I appreciated considering I have sensitive skin.

The RIG Pro Compact controller is compatible with PC, Xbox One and Xbox Series X/S. The wired connection is needed for me as my PC doesn’t have Bluetooth capabilities and promises a zero latency connection with each system which is a guarantee NACON followed through on. Personally, I find wired connections for consoles more bothersome than anything and with so many wireless options available, it wouldn’t be my controller of choice for that reason alone. For anyone who does prefer the wired connection, the cable is more than long enough to allow you to sit comfortably on the couch or in your favourite gaming chair while remaining connected to the console.

NACON’s RIG Pro Compact controller creates a premium gaming experience from the way it feels to its customization. With the added bonus of Dolby Atmos sound capabilities, it will be hard to beat as a wired offering. 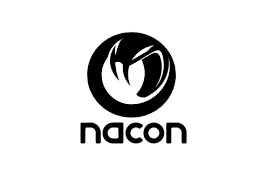