With the new batch of AMD Ryzen chips came the ability to push SSDs to new performance levels. Now, while many people will need to wait to take advantage of these new speeds, if you want to live in the future and have the needed CPU/GPU combo, the FireCuda 520 NVME PCIe 4.0 X 4 SSD could be just what the doctor ordered. A powerful little M.2 card that will give your new PC build the 5GB/s performance and storage you desire.

The performance for the cards does differ slightly with the 1TB and 2TB offering 5GB/s read and 4.4GB/s write, dropping slightly on the 500GB model at 5GB/s read and only 2.4GB/s write. While most people will not notice this difference it is important to note, especially when making the choice for a new build. For this review we have taken a look at the 1TB model, so all benchmarks should be viewed accordingly.

For testing, we used the latest AMD Ryzen 9 3900X CPU combined with a Gigabyte X570 Aorus motherboard and G.Skill DDR4 RAM for good measure. This ensures we can take full advantage of the 4X4 speeds, and will give a better impression of what the FireCuda 520 can actually do in real-world testing.

Now it will be noted that while we did a great deal of testing, comparing the FireCuda 520 with the mechanical drives is ultimately unfair. The sheer speed difference between these two standards is night and day, and even a standard M.2 drive not offering 5GB/s speed would decimate a mechanical drive. As such, we use these tests just to get an idea of how much more the FireCuda520 could offer if you are doing a full switch.

Comparing the FireCuda520 to the 510 we had in the office gave us a more clear picture of how much a performance gain you get with the new speeds. The already fast 510 managed to deliver a score of 3,480 MB/s while the 520 delivered a blistering 4,929 MB/s. On the ATTO benchmark, the consistent speeds give a good idea of how this card would work in peak conditions.

To do this part of the testing, we simply started launching some games and software to see how well it fared with the most intensive operations you can do on a PC. When launching The Witcher 3, along with games like The Outer Worlds and Fallout 76, the texture load times were quick, with the game and world fully loaded in a matter of seconds (often 1-5 seconds depending on the title and amount needed to load). It cannot be overstated how much a difference this is when compared to a 7,200 RPM mechanical drive, where the world could take upwards of 30-60 seconds to be fully usable. It is also faster than the Intel 545S SSD we use for testing in our gaming test bench.

While this level of speed is not for everyone, if you were to do any video editing or gaming, the increase in speed is well worth the investment. While testing, we threw at it some video rendering from Premier, and it managed to cut minutes off the render times, making the process faster, smoother, and overall less painful. To put it simply, if you are a creator that is not using this card in a compatible system, you are doing yourself a disservice.

At the end of the day, the FireCuda 520 is a drive that pushes what can be done with a PC. While not everyone can take advantage of what this card can offer, the results speak for themselves. If you are a creator, gamer, or someone that demands the best—and are on a modern AMD system—do yourself a favour and pick up the FireCuda 520, you won’t be disappointed.

One of the fastest and most reliable M.2 SSDs currently on the market, and a card every creator should be running in their PC—if possible. 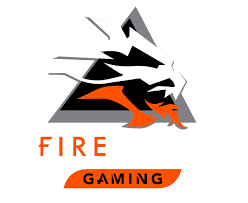