Agents of S.H.I.E.L.D has improved immensely since its debut episode, which was so bad that I could hardly believe it. Once they hit that Captain America 2 tie-in, though, it was smooth sailing for the rest of that season, as a lot of the cheese became more bearable as the show went to some pretty dark places for a Marvel property on network television. Then it sort of misfired again with parts of season 2, and again with 3. If there’s one thing I can say about Shield is that it’s “consistently watchable” (and not really more than that), and the same goes for the season 4 opener. 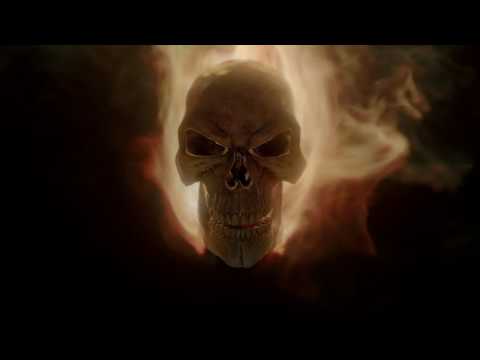 The vigilante angle took some gumption. Now we have Daisy Skye, a character we’ve been told, no, forced to love for three seasons, off on her own as a rogue element. Lord knows how long we have until the reset button is pressed and she’s back in S.H.I.E.L.D, but I’ll say this much — it hasn’t happened in one episode, so I’m happy enough. And with Daisy’s misadventures comes the introduction of Ghost Rider (the post-2014 Robbie Reyes version, not the well-known Johnny Blaze), who rises like a phoenix from the ashes after Nic Cage buried him.

Right away we see that Reyes isn’t messing around, as he dons his iconic fiery visage in the first episode and kills multiple people who “deserved it.” While the display invites a Batman-esque “you don’t get to decide” monologue from Skye, the idea that these two lost souls are out and about makes the premise of the show much more interesting than “a bunch of buddies go do missions for a season.” Because at the moment, we aren’t really clear who the main villain is, who the new director of Shield is, and a handful of other factors. Diving into the unknown isn’t something Shield really does often, preferring to rely more heavily on the predictable villain of the week formula, so I’m glad it’s being explored here.

Plus, some old Agents of S.H.I.E.L.D characters have grown on me. May’s cold demeanor was pretty bland for the first two seasons, but once the character (and by proxy, actress Ming-Na Wen) warmed up to the role she felt like a welcome part of the crew. John Hannah, a tail-end season 3 addition is always hilarious, and it’s nice to see him have a prominent role post-Spartacus. They’ve weeded down the cast to the point where I actually care about the people who are still left, and don’t mourn for everyone that exited.
As far as letting you know that yes, Agents of S.H.I.E.L.D is a Marvel show, it’s getting cheeky at this point. Season 1, again, was such a great crossover I don’t know how they’ll top it. I hadn’t actually seen Winter Soldier at that point, nor had I heard of the twist, so watching it in S.H.I.E.L.D actually encouraged me to see the film, where watching the events unfold from another angle was just as exciting. They haven’t done anything like that since, instead relying on setups like “I foresee armies of iron taking over the world” for Age of Ultron, and now two light references to Sokovia.

So in terms of where can they go with Season 4, I don’t really know. How much can they tap into the Marvel universe beyond what’s already been revealed so far with Ghost Rider? Not much, it seems. The producers and writing crew are keen to show their hand early, which means that we might have 21 more weeks of villain chasing if Daisy and Reyes work out their differences and are taken back under Shield’s wing quickly. Either way, they could use some good old fashioned internal conflict, such as the family drama that unfolded for Skye in season 3, as well as more exploration of the characters,just as the FitzSimmons pair was explored last year.

The tumultuous state of the show is as clear as day. Chloe Bennet (Skye) recently ranted about how the show wasn’t given a chance, and I feel like Clark Gregg is contractually obligated to vigorously defend the show at every possible press junket. It’s not so much their fault as it is the studio’s, though, as Marvel decided to split their works across films, traditional television, and the online arena (Netflix) with varying degrees of creative freedom. We might have to wait 10 years until all of the messy contract dispute dust settles and  we see a project that properly unites all of Marvel’s untapped fronts. But for now, we have Agents of S.H.I.E.L.D, and it’s watchable.

Final Thoughts
For now, we have Agents of S.H.I.E.L.D and it's watchable.
REVIEW SCORE
6
File Under: Marvel