“Now Where Was I? Oh, Right, Wreaking Havoc!” 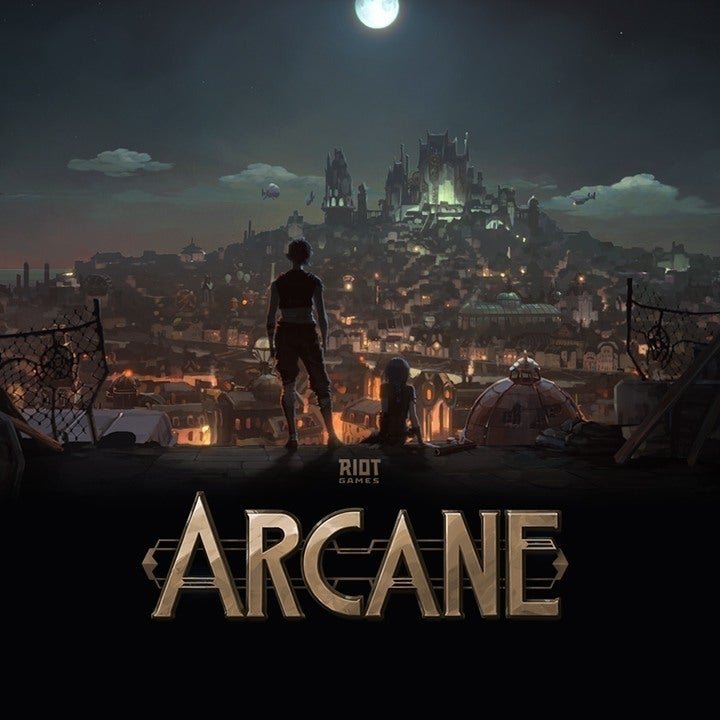 What a grand finale to a thrilling show! Riot Games’ first animated show, Arcane, continues to feed me more lore about the League of Legends world and its characters, making me care about them with so many twists and turns. I would argue the magic or Hextech used in this series is very pivotal to the plot but does not overshadow the need to keep the characters as the focus of the story. What I mean by this is that the good guys do not win because they have access to fancy new weapons, technology, or some elaborate plan—rather, this animated tale displays a rational, humanistic approach to each character’s decisions. I believe this is what has captivated me in Act 3 and Arcane’s final three episodes of the season.

The third act of Arcane does not jump ahead on another time-skip but picks up a few moments after the last act as things begin to cooldown yet stay heated as Vi and Caitlyn are held by the Firelights leader and their people. It is at the Firelights’ camp that Vi first learns who the leader of the rebel group is, acting as thorns to the side of Silco’s crime syndicate. It is also here that Vi gets reunited with a changed Ekko, despite Vi still seeing him as the same “little man” he once was when they were all children in the Undercity of Zaun. The reason Ekko offers Vi as to why he was a part of the Firelights was to thwart Silco’s Shimmer operation and take down Jinx (aka Powder) as they threaten the livelihood of the forgotten Undercity citizens.

This is a perfect example of when I see the creators doing an amazing job by quickly explaining the reason for a kid who always used to smile and have fun, turning into a serious, mature man who must help his people through other means, trying to save whom he can. This was like the final piece that was missing from the original child characters from Act 1. This is why I thought it was fantastic we got to see most of the significant moments of these struggling kids who grew up in different backgrounds achieving so much. Whether it was Caitlyn and Jayce who faced their own adversities and then Vi, Powder and Ekko had to fight to survive.

What I was not expecting from these final three episodes of Arcane was seeing some backstory from Mel Medarda’s character and her Noxian roots. Noxus is another nation that is known to be a country that asserts its dominance through military might. I thought this was a great touch to see the hardship Mel grew up with, as she had hinted to telling Jayce in the previous two acts.

“The character development of Powder into Jinx feels like a more fleshed out version of Joaquin Phoenix’s Arthur Fleck in the movie Joker.”

Again, this is another important scene to add to how I got to see all the main characters in their past that made them who they are. I am not going to lie. I thought Mel was going to be a stereotypical Game of Thrones’ Cersei Lannister type of character to Jayce (minus the incest), but I was wrong. The storytelling of all the key people in Arcane sets the bar high for an animated series, and it knows exactly how to tell the story through animation that a live-action TV series could not pull off.

One scene that stood out for me that nailed the aesthetic of storytelling only animation could do is when Ekko fights Jinx on the bridge between Piltover and Zaun. The two have a few initial blows, but then they do a typical 1-v-1 stand-off where both opponents are seeing what the other does. However, this scene adds a layer that almost brought me to tears as I saw both childhood friends doing the exact moves of the fight as kids with toy weapons, except the two old friends must now face one another with real weapons with real stakes.

This elevated the gravity of the situation tenfold because it is like, “Am I going to have to kill my best friend now because she poses a threat to everyone,” and from Jinx’s perspective…well, she is mentally ill, but this does not deter her from fighting to find a rational decision to spare her best friends life.

The character development of Powder into Jinx feels like a more fleshed out version of Joaquin Phoenix’s Arthur Fleck in the movie Joker. I would not be surprised if the creators of Powder/Jinx’s character drew some inspiration from the film, because Jinx is literally the sum of all things a person who grew up fighting for scraps, oppressed and being neglected must go through—also living with the trauma of seeing your loved ones die. This is another media representation of how a broken system that fails its people by turning them into monsters. Which is why the final episode of this season of Arcane had a perfect title, “The Monster You Created.”

“Arcane will probably be my personal favourite show for a while…”

Unfortunately, we do not know yet whether there will officially be another season or a spin-off from this first season of Arcane. I am glad to hear old friends of mine are also enjoying a taste of this League of Legends story in ways even I have not seen but I have read up on a lot of lore. The fact that these old friends have not played League of Legends is a testament that audiences do not need that background knowledge to make this show compelling.

I have been playing the game since its Beta release back in 2009 and the story of the “champions” or playable characters was never the intended focus for the game. It was the growing community that wanted more lore and Riot Games kept delivering and building—all roads leading to masterfully craft this rich story that gives audiences a perfect blend of fantasy, mystery, action, romance, and drama. I could not ask for anything better.

Arcane will probably be my personal favourite show for a while (or until a second season rolls out). Act 3 was a perfect end to a tragedy as it ties up everyone’s progression from the first act. It did leave on a cliff-hanger and showed glimpses of all the main characters (including Singed and Viktor) and where another season could see the return of them with more content, but for now…I am very content and thrilled at what Arcane provided me—lots of tears and nostalgia that made me feel things I did not know I could from an animated series since Avatar: The Last Airbender or the anime, My Hero Academia.

Arcane’s Act 3 melted my iron-clad heart, shattered my rock-solid expectations and I hope there are more seasons or spin-offs to come that can provide this experience again in newer, ingenious ways that this show has magnificently achieved.
REVIEW SCORE
10
File Under: Arcane, League of Legends, Netflix