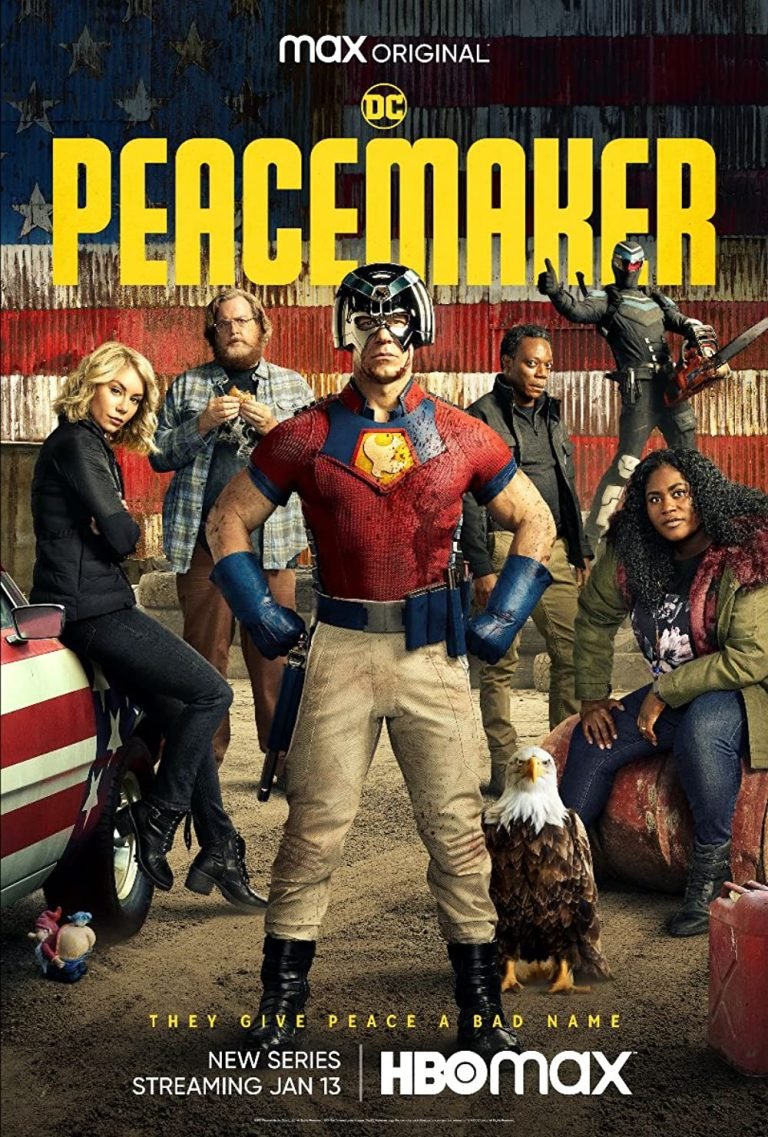 The Suicide Squad was a film that worked for me, and demonstrated how the DC Universe could work in the modern film landscape. James Gunn crafted an experience that was fun and touching with many moments that allowed it to rise above other entries in the DC canon. But when I heard there was going to be a spin-off show focusing on John Cena’s Peacemaker, I was not excited. The character felt one note, lacking in any depth worthy of exploration. I could not have been more wrong. Peacemaker is one of the richest, deepest superhero shows out there, and it is something any fan of complex characters needs to watch.

Peacemaker picks up after the events of The Suicide Squad, with John Cena’s titular character recovering after a building falls on him. Despite this minor inconvenience, he is ready to get back to his old life, and reunite with the people that matter most, and his trusty sidekick, “Eagly” the eagle. As he settles back into his old life, and gets all the resources he needs to set back into his role as a hero, he is quickly enlisted in a taskforce to take down a mysterious alien race known as the Butterflies.

The cast feels fantastic, bringing a range of different characters that all play off each other’s energy very well. The taskforce is made up of many back from The Suicide Squad, with Agent Emilia Harcourt (Jennifer Holland), John Economos (Steve Agee), team leader Clemson Murn (Chukwudi Iwuji), and new to the team Danielle Brooks’ Leota Adebayo. The latter of which delivers a great performance as the reluctant recruit, doing it to make ends meet, with the Peacemaker BFF Vigilante (Freddie Stroma) rounding out the main cast of characters.

With this being the odd show it is, James Gunn also delivers an amazing supporting cast to enjoy and love to hate, including Peacemakers despicable racist father, Auggie Smith, the infamous White Dragon played by Robert Patrick, and a pair of cops, seemingly always just one step away from arresting Peacemaker played by Annie Chang and Lochlyn Munro. It is a cast that all bring their own unique talent to the roles, giving levity when they need it, but still able to deliver strong moments that hit you right in the gut.

Peacemaker feels like a series in which James Gunn had the freedom to let his ideas run wild. Each episode will take the viewer on a journey, from bonkers violence and sexuality, to irreverent humour and touching moments, giving the series a much wider range than I expected from a show of its nature, or of most shows that tackle superheroes in any major way. There is an expectation in the genre to not acknowledge the inherent silliness that heroes bring to the table, yet Peacemaker embraces that ridiculousness head on, making a show that is much stronger for it.

Peacemaker is a show that pushes what is possible in the DC universe, and paves the way for the next wave of movies and shows. James Gunn knows how to deliver a good story, while keeping things exciting and interesting, and he managed that once again with this entry in the DC canon. It was recently announced that there would be a season two of the show, and I am thankful for it. While I don’t have a clue what they can tackle next, but if John Cena’s incredibly odd character is anything to go by, you should not judge a book by its cover.

There was a point where DC movies always felt like copies of what Marvel was doing, only a bit darker. With Peacemaker, James Gunn has removed that stigma, and helped shape an identity for the universe and the characters in it. Even some cameos in the later episodes demonstrate how the humourless DC movies of old can live and breath in this new vibrant film universe, and I, for one, am excited to see what comes next. If you have HBO Max, or Crave in Canada, do yourself a favour and watch Peacemaker, you won’t regret it.

Peacemaker feels like James Gunn at his best, a mix of violence, sex, comedy and emotion, and it is one of the best superhero shows you can watch.
REVIEW SCORE
9
File Under: HBO Max, Peacemaker, TV Series