The Evolution of the RE-Verse 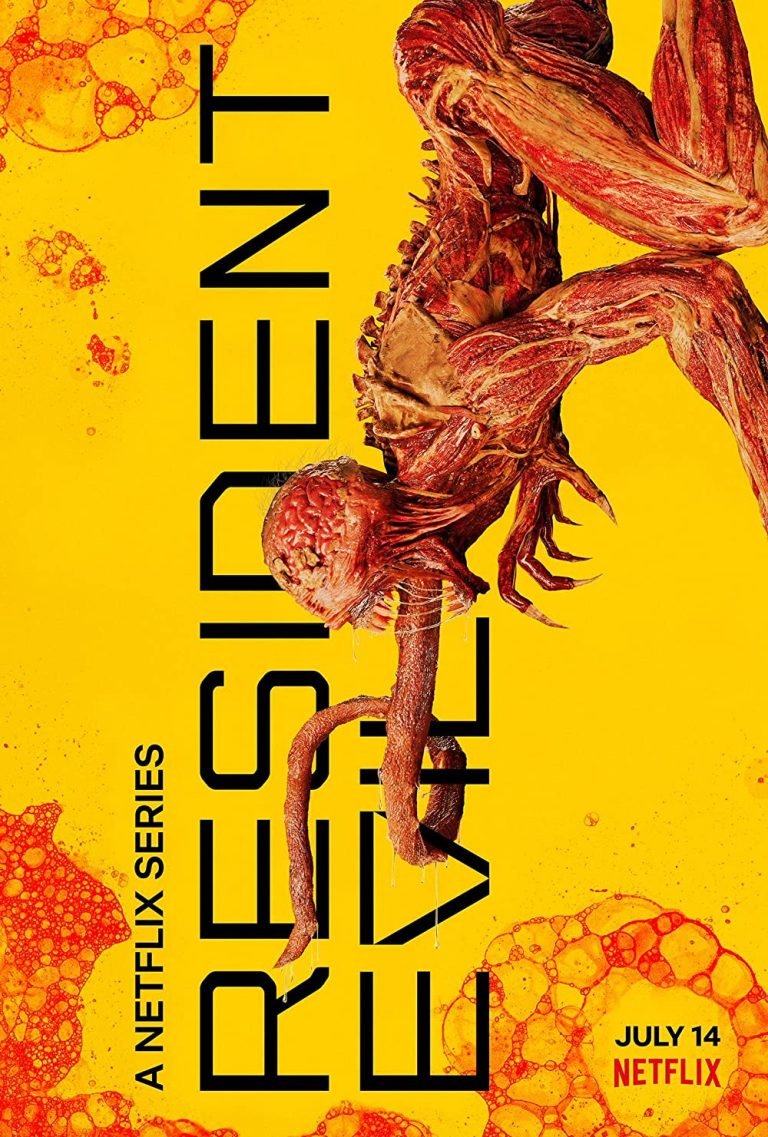 This Resident Evil iteration was not the typical movie or video game adaptation fans will be used to, but strap in for a similar vibe of the unethical Umbrella Corporation and slimy, pus-filled zombies. With badass heroines, high-octane action and one mischievous pharmaceutical company, nothing prepared me for how surprisingly well this Netflix series came together.

The story took place across two timelines: one was in 2022 that took place in New Raccoon City, South Africa; and the second was in 2036 where the story jumped from various locations. The 2022 timeline focused on the teenage years following Jade and Billie Wesker who discovered dark secrets behind their father’s company, Umbrella, before the zombie apocalypse. In 2036, Jade searches for a cure to the drug, Joy, that caused the outbreak while confronting her past, her father and what really happened to her sister.

Immediately, I was impressed with the casting because I really loved the diverse cast of the core main characters, and I was excited to see Lance Reddick taking on a more prominent role in comparison to some of his latest work like the John Wick series. While he was great in those films, this series allowed him to breathe and really display what he could do. Taking on the titular character of Albert Wesker is no easy feat, especially when the Capcom games have solidified his persona.

Resident Evil kicks off with a bang almost literally! It wasted no time to introduce the show’s main protagonist in the 2036 timeline. Ella Balinska’s (Charlie’s Angels) Jade Wesker stood out as a tough, no-shits-given performance in all her interactions. Whether she was talking to other characters with her natural sass and disbelief of what people in the zombie apocalypse say or when she was being endearing in her calls to her daughter and husband.

Tamara Smart’s teenage Jade propelled the depth of the character even more by building the foundation of Jade’s personality that carried over from 2022 to 2036. Arguably, Smart showed off the more interesting parts of Jade with her snippy, explicit voice lines. As for Siena Agudong’s (No Good Nick) Billie Wesker, I found her tragic story with multi-layered feelings. I felt like her character could have been bottle-necked into the victim trope, but the show did a good job to subvert some expectations.

I thought the love interest in the 2022 timeline forced at times and stirred the pot a little too conveniently. However, these were teenagers with raging hormones, and some have a lot more than normal hormones. For characters making their debut in this loosely based Resident Evil series, I found both sisters compelling, and the dialogue was not cringe-worthy as in some of the current teenage drama series. What tied them together really well was their father, Albert.

This is not the typical Albert fans will know from the other versions of the titular character. I liked to call him “Daddy Doctor” Albert Wesker. For one, the doctor side of Albert was not necessarily emphasized in the games, as he was more of a sunglasses-wearing egomaniac who always stirred trouble. Second, this was the first time in any version of his character where he has a family—not counting his neglected son, Jake Muller from Resident Evil 6.

“For the most part, I could bite the bullet and say this was an amazing live-action Resident Evil adaptation.”

Most impressively was the choice in depicting Albert as a smart, emboldened Black man versus the chaotic, shoot-first ask-questions-later white male. I thought this choice to add some diversity and range to the show was a nice touch and opened it up to his daughters to make snarky comments on how New Raccoon City was predominantly populated with white people—even though you would think a South African community would have more coloured people.

The main antagonist in the 2022 timeline was the new CEO of Umbrella, Evelyn Marcus (Paola Nuñez). Her performance also stood out to me as being one of those scary Silicon Valley CEOs of start-up companies. The best way to juxtapose her character would be like Amanda Seyfried’s depiction of Elizabeth Holmes in the Hulu TV miniseries, The Dropout. I was fascinated and disturbed in the direction she pushed Umbrella from the moment she was introduced in her first scene.

For the most part, I could bite the bullet and say this was an amazing live-action Resident Evil adaptation. But that would be disingenuous to the video game franchise…or would it? The last two Resident Evil games have revamped the series and done well, so could the other forms of media do the same?

“Netflix’s Resident Evil was filled with many references for fans to appreciate but did not make it limited for newcomers.”

I believe this series has done its absolute best to create a great horror, action-adventure that told a good story without bombarding audiences with need-to-know source material references. The show even had a scene that reminded me of the puzzle-solving aspects from the earlier games, along with nods to special zombies like the Lickers and other bigger baddies the movie/games series have similarly introduced.

This series had a fairly good track record of pacing I liked with a majority of the episodes ending on cliffhangers, sort of similar to the way Netflix’s Stranger Things have been recently structuring their episodes. The build-up to the reveal of a character still being alive in 2036 felt unnecessarily dragged on since it seemed like that would happen anyway based on the context of events from the past. However, this series had other big surprises which were wittingly dropped that made me physically laugh out loud.

Netflix’s Resident Evil was filled with many references for fans to appreciate but did not make it limited for newcomers. It told a story that made sense and provided enough action and mystery to keep me wanting to get to the next episode ASAP. The sharp Gen Z and anime jokes grounded the dialogue and did not make the dialogue dry. It did a great job sticking to its tight premise, the CG did not look terrible, added powerful, diverse characters to the RE-Verse and had minimal hiccups in terms of pacing.

While Hollywood keeps trying to redeem itself with many live-action adaptations of the hit Resident Evil games, this series did not try to shove too much source material, but rather built upon it in a believable way. While the story had its difficulties, the cast slayed each portrayal of their characters—pushing their acting chops to the limit.
REVIEW SCORE
9
File Under: Netflix, Resident Evil, Series