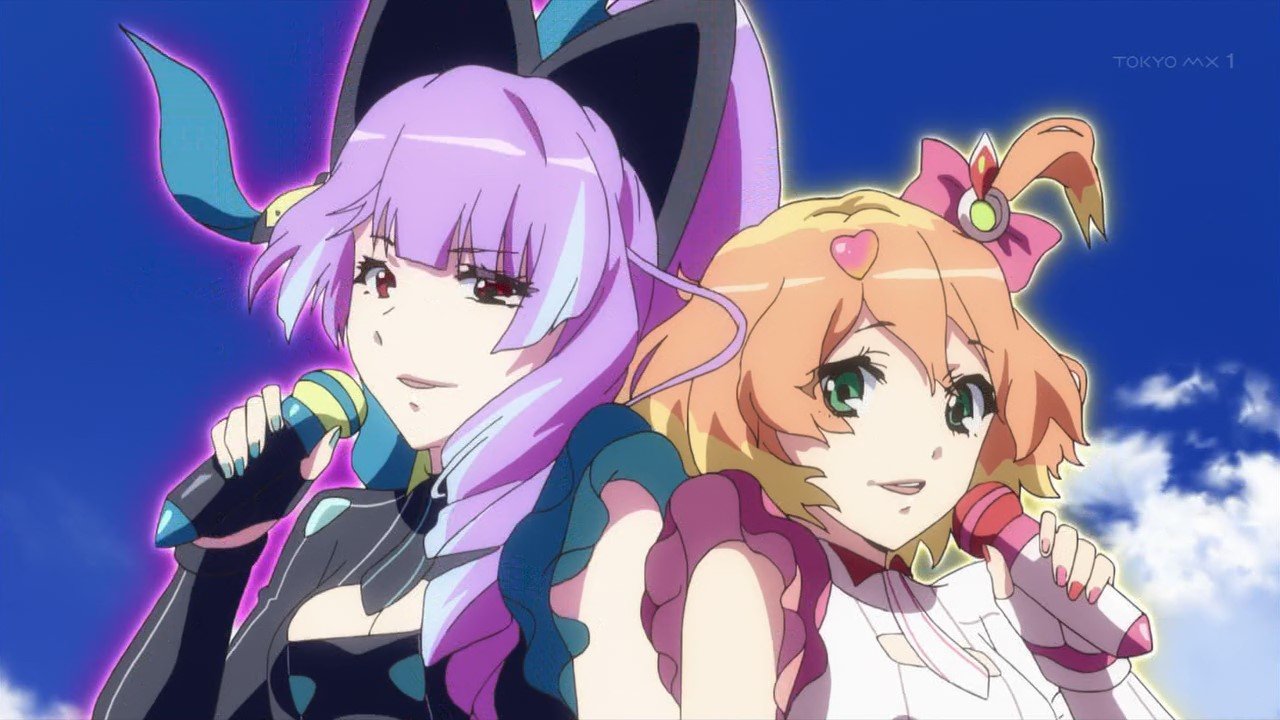 The leaves are falling, the wind’s chilling, and teenagers on Facebook are screaming about Halloween. That only means one thing – summer’s over for good, and fall is officially in the air. But before we say good-bye to beaches, fireworks, and everything in between, it’s nice to take the time to look back on everything the past season brought us, and obviously the most important thing to reflect on is all the anime that came out.

What, you expected something different? Let’s dive in to what anime made the most waves this summer!

The latest entry in the prolific Macross franchise wrapped up recently, marking an end to one of the best anime to come along in ages. While not technically available to stream legally in North America, the Japanese Blu-Rays have immaculate English subtitles, meaning you can check it out while supporting the creators, which is something you should do, as Macross Delta is an incredible show.

In twenty-six episodes, Shoji Kawamori et al remind us what good mech anime is. Not only that, but he takes one of the most divisive anime trends in recent years (idol groups) and spins them into something compelling, original, and anything but ordinary. The resulting show is halfway between magical girl frilliness and hot-blooded mech fights. It also threw in some topical political commentary and upended a whole bunch of Macross series traditions in interesting ways.

What could’ve been a retread of One Punch Man, or a generic riff on an already-done premise is one of the more bombastic series this season. Mob Psycho 100, as I predicted from the early episodes, ended up being a very special sort of show.

Fans of madcap comedy get an onslaught of absurdist visual gags. Shonen fans get some of the most astoundingly animated fights since, well, One Punch Man. But beyond action and comedy, what ultimately makes Mob Psycho 100 excel is its characterization. It depicted very real teenage fears of not fitting in, or having to hide part of who you really are, but does so in such an amplified, crazy way that it never feels cloying or trite.

This emotional tangibility coupled with bombastic action and a joke-a-second comedy makes Mob Psycho 100 something a cut above typical shonen shows. Those looking for a little bit of everything could do a whole lot worse.

Some might consider this a bit of cheat, as JoJo hasn’t actually finished airing yet. But if you weren’t watching this show over the summer, you were missing out on something spectacular. Even as a fan of David Productions’ past adaptations, I feel they came into their own with Diamond Is Unbreakable.

Everything about this show has just worked since day one. It’s a faithful, fast-paced adaptation of my favorite part of the manga. The production itself is top-notch, with even lower-budget episodes having fantastic shot composition and color theory at work. Plus, the arcs that aired over the summer (featuring the introduction of the real antagonist, Yoshikage Kira) were easily some of the most exciting so far, along with some of the best standalone episodes.

As Diamond Is Unbreakable goes into its final cour of episodes, I’ll fondly remember the last three months as some of the show’s best. So far, it’s been a funny, tense, exciting series that practically anyone can like, regardless of familiarity with past parts.

Ultimately, Sweetness and Lightning wound up being a harmless, sweet confection of an anime. You know what? I don’t see anything wrong with that.

This slice-of-life series is one of the best examples of the genre in recent memory. That’s because it never feel like cloying Moe, or pandering Ecchi. It was exactly what it said on the tin – a sweet story about a father getting closer to his daughter through cooking. There was nothing weird or creepy about any of it, with Tsumugi (the daughter in question) behaving like a real child instead of a lolicon stereotype. Just like Yotsuba&! before it, Sweetness and Lightning was a series that approaches parenting from a realistic angle, and not as a set-up for underage panty shots.

With a winning art direction and endearing cast, Sweetness and Lightning became a new personal favorite of mine, overtaking Listen To Me, Girls, I Am Your Father! as my favorite “single dad struggles to raise a daughter” series.

That about sums it up! Those were the four shows that managed to keep my interest over the summer. While some initial favourties unfortunately turned out being not so great, this summer was still one of the best anime seasons in a while. Any shows you liked? Things you think I snubbed? Let me know in the comments!