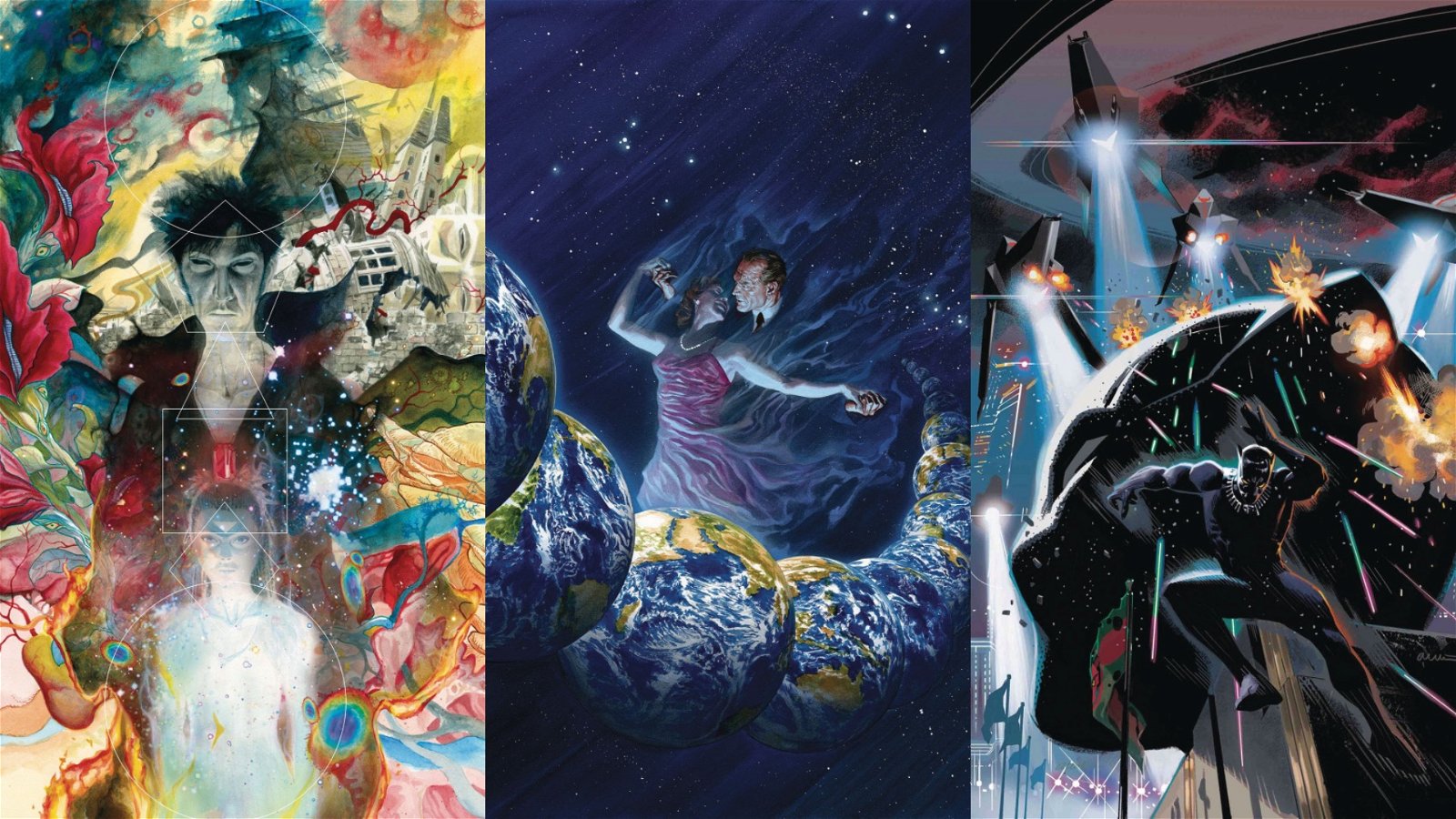 Best Comics to Buy This Week: The End of Astro City 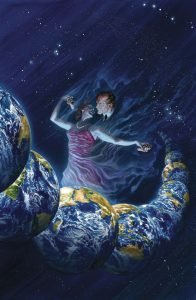 That’s not to say that the series doesn’t feature hardship or dark moments but overall Astro City’s take on a world full of superheroes is one that is ultimately full of hope. However, all good things must come to an end and issue #52 marks not only the end of the current story arc but the series as well. Writer Kurt Busiek is a comics legend and this issue is very much the end of an era. That being said, DC Comics has said that this is the final issue for now and hopefully that means that readers haven’t seen the last of Busiek or the colourful world that he has created. 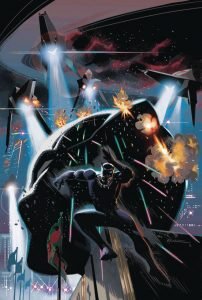 The first issue of Ta-Nehisi Coates and Daniel Acuna’s Black Panther run introduced readers to the Wakandan Empire that exists in the far reaches of space. It also introduced a new take on T’Challa, as the series titular character is stuck in the Vibranium mines with no memory and a rebellion brewing around him.

What was remarkable about the first issue is that even though T’Challa was suffering from a lack of memory, he still came across like himself. A significant amount of credit for that has to be given to artist Daniel Acuna as his use of body direction and language very much made this new direction a believable one. Readers didn’t get to see T’Challa suit up as Black Panther in the first issue, and given the pacing thus far, it looks like it could be a while until he is back in his familiar threads. That being said, if the book is able to continue its hot start then the wait will be more than worth it. 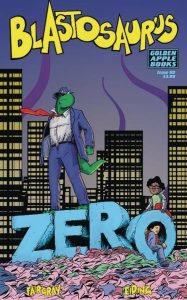 The strangest book on this week’s list, Blastosaurus #0 is actually a prequel comic to one of the most popular and best comics in New Zealand. The story stars a mutant Triceratops-detective and two kids who work together to solve mysteries, make friends and have a fun time. It’s not often that North American comic book audiences find an easy way into Oceanic created comic books, and Blastosaurus #0 is the definition of a great jumping on point. Also, if you ever wanted to see how to fight/befriend a ghost and an octopus, then this is definitely a book that you won’t want to miss. 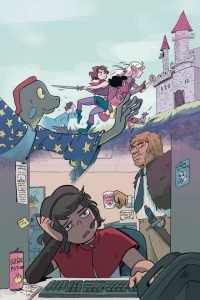 If you’re living in a fantasy world would you end up taking the fantastical happenings for granted? That’s the leading question behind Rafer Roberts and Kristen Gudsnuk’s new Dark Horse series, Modern Fantasy.

The series stars a young ranger woman who is searching for adventure, alongside her drug-dealing lizard roommate and her dwarf maiden best friend. The wonderful catch is that in addition to embarking on adventures the trio needs to figure out how to keep their crappy day jobs and pay off their student loans. Seeing as fantasy stories often focus on escapism, it’s a nice change to see one relatively grounded in reality. Also, given writer Rafer Robert’s previous work, this series should feature some grade-A comedy. 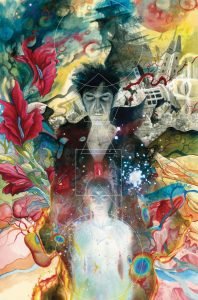 Back when it was first announced, the Sandman: Overture was arguably the most highly anticipated comic projects of the year. It was, after all, the first new Sandman project in nearly 25 years, and when its first issue finally launched, the story it told was full of the whimsical majesty that is synonymous with the Sandman name. Sadly, however, that whimsical majesty did not carry over to the series release schedule, as the Sandman: Overture endured multiple delays that caused many readers to drop off the series entirely.

Thankfully, with the series now completed, Vertigo Comics is releasing an Absolute edition of the miniseries and now is the perfect time to jump in. Not only does this collection feature the stunning work of writer Neil Gaiman but it is also drawn by J.H. Williams III whose art is simply without compare. If you don’t believe that statement then check out the cover for this collection. Seriously, this is the perfect book for art and story lovers alike, as well as one of the best comics of the past decade.

Liked this article and want to read more like it? Check out the Best Graphic Novels to Buy List and our interview with Archie Writer Ian Flynn.