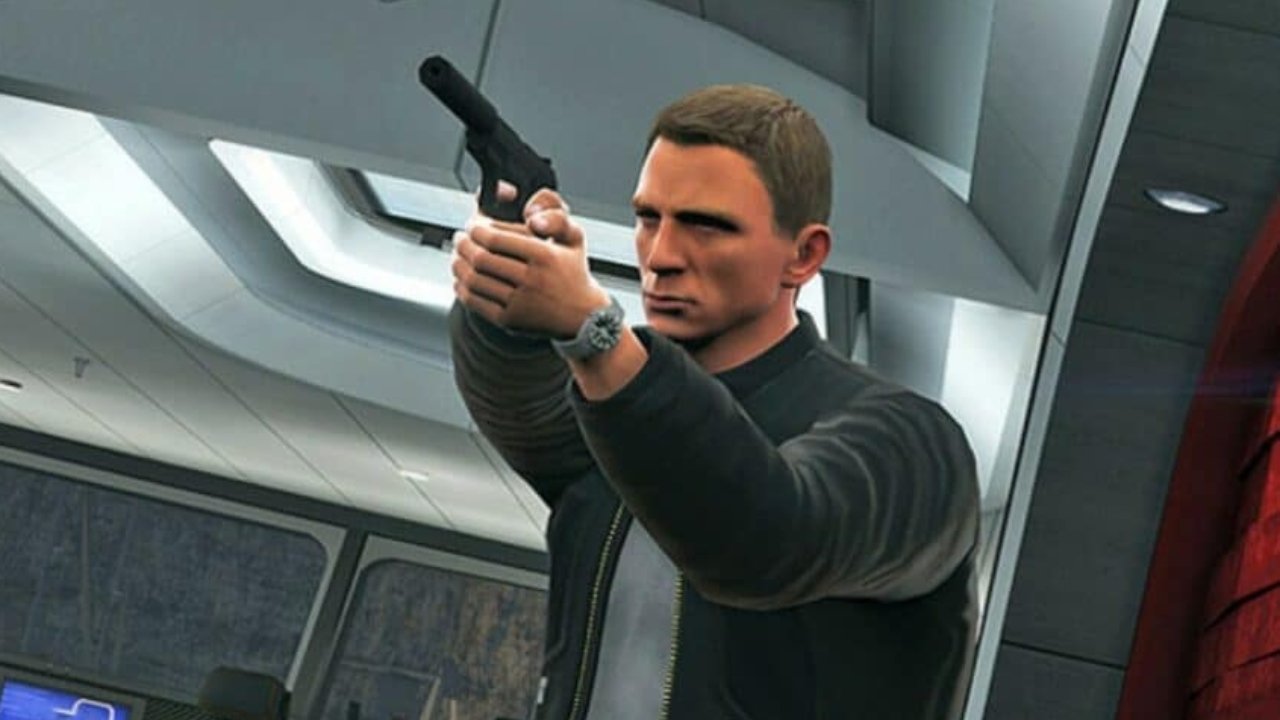 Daniel Craig’s version of James Bond gave audiences every reason to not romanticize the spy life. But it’s also this tonal change which sets Craig’s Bond apart from the previous five actors. Stoic, violent, alcoholic, and depressed, the image of a modern James Bond checked these boxes with a touch of style.

This iteration was handed with a risk by Eon Productions and Metro-Goldwyn-Mayer Pictures. To create a modern image of James Bond, it had to reflect a brave new world in 2006. Casino Royale would pull the rug from under audiences, still settled from Brosnan’s invincible and over-the-top formula. Its reboot took audiences alongside Daniel Craig in a new fashion, rebuilding 007’s world with believability. That includes the less-glamorous parts of the job. Living as a target, losing loved ones, and being permanently scarred by dangerous figures (each reflecting a real-world issue).

Violence is one of those themes that was bound to happen across Craig’s five films. Fast, bone-breaking, and even uncomfortable to watch. This was the era where audiences saw more blood on Bond’s tuxedo than ever. This was also no surprise to Activision in 2006. The studio would also take Bond into their own pipeline, off the heels of Call of Duty 4 and burdened with the license to develop. But just like the direction 007 was going, Activision’s developers hoped to make modern games to suit the Bond of our time.

Daniel Craig would also take it on himself to become 007 throughout his era. Rarely, there were only four games based on Craig’s 007 across 15 years of films. But the actor has also become the most involved compared to his predecessors—voicing almost every Bond in games since the reboot.

As No Time to Die caps off Daniel Craig’s role as 007, CGMagazine celebrates his own video game character through a unique but turbulent timeline with Activision.

Daniel Craig’s first ever video game appearance wouldn’t start with 2006’s Casino Royale. Instead, Activision would jam-pack two movies’ worth of content into a single project ahead of its 2008 sequel. Through Quantum of Solace, the studio would be given extra time to develop a game for almost every seventh-generation console.

Activision’s love for Call of Duty took a bigger toll on Craig’s games for years to come. Like Pierce Brosnan’s debut in GoldenEye, Activision saw it fit to do the same. As the sole license owner at the time, developers would gear the next 007 game as a AAA first-person shooter. This direction under Activision would put future Bond titles under a shadow of Call of Duty as the series grew into annual releases.

It’s worth noting 007: Quantum of Solace released just a week apart from Call of Duty: World at War. Sharing similar first-person shooter mechanics and control scheme. Treyarch would oversee production for its console version, which plays exactly as Call of Duty veterans expect. 007: Quantum of Solace even uses a modified engine from Call of Duty 4: Modern Warfare. Before photorealism, these graphics would be used to mimic Craig’s scenes frame-by-frame from his first-person view.

007: Quantum of Solace would also be the latest movie tie-in game as the trend peaked. Behind-the-scenes interviews revealed Activision would closely adapt Casino Royale and Quantum of Solace. This included re-designing each of the action scenes as playable levels. Notable set pieces to explore beyond what audiences saw in the movie. Additionally, original voice work from Judi Dench, Mads Mikkelsen and Daniel Craig himself.

The full game would become a first-person shooter bonanza. Players could actually experience most of Casino Royale in game form, which overshadowed Quantum of Solace for levels and content. As a twist, a third person cover system similar to Uncharted was added. Special praise was given to the PS2 version, crafted as a challenging third person shooter with a stealth focus. 007: Quantum of Solace would also be the most faithful project that captured Craig’s films shot-for-shot.

Nothing was sacred for Activision, who announced a remake for the acclaimed Nintendo 64 classic in 2010. With the studio holding the license, original developer Rare wasn’t involved.

This is arguably one of the best James Bond games to exist behind GoldenEye 007. Only because it has the same identity as the 1997 shooter. Down to the core shooting mechanics which were updated with Activision’s Call of Duty flair. The story would be modernized with its setting, technology, and weapons. Iconic characters were given new life through a refreshing delivery. More importantly, Daniel Craig would get to fulfill a dream of remaking Brosnan’s debut film GoldenEye by reciting some of the same lines.

GoldenEye 007 was surprisingly produced with Craig’s love for the film. In a lost 2010 interview with Official Nintendo, executive producer David G. Wilson stated Craig knew about the 1997 game’s impact and was very “hands-on” during planning. This came with constructive feedback on Bond’s movements, interaction with GoldenEye’s other characters and even takedowns. Ultimately, this would translate into Craig’s role of voicing Bond.

GoldenEye 007 was also treated as a full-on film production for Daniel Craig. His feedback translated into the game’s writing. This was done with none other than GoldenEye’s original screenwriter Bruce Feirstein, who also tweaked his script to fit the modern setting. For players, it included elements of the smartphone gadget and themes of cyberterrorism. Veteran 007 composer David Arnold would also remake Tina Turner’s title track with Nicole Scherzinger behind the vocals.

Its gameplay would be conventional to Activision’s first-person formula. Players would still mow down bad guys while completing objectives. But GoldenEye 007 would bring new elements to the table, including redesigned levels, scripted moments, and new objectives. Iconic settings like the Dam, Silo, Archives and Train were re-created to fit engaging shootouts. This vastly overhauled GoldenEye for the better.

Like Capcom’s handling of the Resident Evil 2 remake, Activision would build on top of that near-perfect foundation left by Rare in 1997. The game managed to blend fun, frantic gunplay with rewarding stealth. Levels were also open-ended to let players relive favourite movie scenes with their own playstyles.

GoldenEye 007 was also made from the ground-up by n-Space for the Nintendo DS, making the most out of its handheld sprites for a 3D action shooter. But it was mainly released as a timed-exclusive for the Nintendo Wii in 2010, with critics calling it the console’s best shooter. Further work was done to put an enhanced, console-based version called Reloaded for the PS3 and Xbox 360.

November 2, 2010 would be a double-oh date for Bond fans. James Bond: Blood Stone would release with GoldenEye 007, giving players two full-length titles. Where GoldenEye celebrated the original game with a remake, Blood Stone also serves as a call-back for EA’s older Bond titles.

The game took 007 back into his third-person roots. Like Brosnan’s Everything or Nothing, players would dive into an action-adventure shooter with a cover mechanic. Of course, Activision would continue its tried-and-true formula for gunning down movie extra goons. Combined with a conventional third person cover mechanic inspired by Uncharted and Gears of War. The gameplay was solid enough to keep players challenged through an original plot. But with Craig busy on GoldenEye, only his likeness was used for Blood Stone.

Activision’s third person shooter wouldn’t just offer fast-paced cover combat. It would sweeten the cliches with close quarters takedowns inspired by the movies. Which let players chain instant headshots similar to Splinter Cell’s Mark & Execute system. This was surprisingly on-brand in a 007 game, which turned players into the cold and efficient secret agent Craig was known for. It did share some of GoldenEye and Quantum of Solace’s love for smartphones. This was used in tediously drawn-out puzzle sections and environment scanning.

Blood Stone would go a step further from other games by putting players in an Aston Martin. The game would bring back driving sections from Pierce Brosnan and EA’s era of 007 games. These offered some top-notch driving controls from developer Bizarre Creations, known for the Project Gotham Racing series. The driving missions were sprinkled with Hollywood-driven explosions and obstacles to throttle through. This brought Blood Stone full circle as a fully blown action-adventure if players didn’t get enough out of GoldenEye. Though it didn’t exactly go well with CGM 11 years ago.

Shortly after 007 Legends was released, developer Eurocom would close down, and Activision lost their license for James Bond. Sadly, this ended Daniel Craig’s video game era with a not-so-perfect first-person shooter.

Activision and Eurocom would crunch away to release 007 Legends in time for Craig’s third Bond installment Skyfall. The film would also commemorate 50 years since James Bond’s film franchise started. But 007 Legends would feature the most ambitious project. It would capitalize on the formula which made GoldenEye 007 work. Activision would turn to six older Bond films including Die Another Day, Goldfinger and Moonraker for story and levels. Daniel Craig’s likeness would be put to use, through a “greatest hits” experience.

The variety was there. But 007 Legends would rely too much on Activision’s first-person shooter formula. This turned the gameplay into another shooter that filled the 2012 calendar. Critics called it a Call of Duty clone, which didn’t do enough to make players feel like 007. Breaking that double-o-immersion included a similar XP system for progression and upgrades.

007 Legends’ only saving grace comes from its connection to Skyfall. It’s worth noting 2008’s Quantum of Solace would be the last game to adapt Craig’s films. But the free DLC would serve as the last section of 007 Legends, with only two levels adapted.

It would also suffer from a lack of cohesion across the random levels. Players would see Bond experiencing flashbacks to these previous adventures. All while floating in a river, as it happened during Skyfall’s prologue. Of course, it didn’t reflect GoldenEye or Blood Stone’s consistency as a storyline. 007 Legends would underperform and highlight a fatigue for first person shooters which saturated the game market across the 2010s.

Activision would reportedly have their license revoked amid mass layoffs at Eurocom. A motion in the agreement’s termination included removing Quantum of Solace and Blood Stone from digital storefronts. To date, there hasn’t been another Bond game produced since 007 Legends. 2021’s No Time to Die would become the only other Craig film to release without a game tie-in or experience.

No Time to Die also marks a fresh start for the Bond franchise. Leaving opportunities to tell new stories with a new actor through other mediums.

Enter: IO Interactive. Following their work on 2016’s rebooted Hitman trilogy, the studio would be chosen for a new 007 game. The project would fit IOI’s ability to tell a globe-trotting spy story as it previously did through Agent 47. More importantly, it would be free of Activision’s baggage for first-person shooters. Instead, IOI would use lessons learned from Hitman’s own brand of stealth action. Project 007 brings James Bond into the next generation of gaming, after skipping much of the PS4 and Xbox One era.

Hitman would play a bigger influence for Project 007. The trilogy captured similar tones, including a sharply dressed agent with deadly efficiency. This would tie into infiltrating Bond-esque lairs while disguising as different characters to reach their target. Villains would also be inspired by SPECTRE, as players assassinated their way through a powerful conglomerate of scumbags. Level design would force players to adapt as Bond would through new locales across the world. IOI’s knack for tuxedos and silenced handguns eventually gave way to Project 007 – first announced in November 2020.

According to IOI, the project will be the first since Blood Stone to feature an original story. The 007 license will also be used as an IP, giving IOI wider creative freedom. This starts with an origin story, which sees players become a younger James Bond to earn their 00-status. IO Interactive will also work directly with MGM and EON, including access to use elements and sounds from the film franchise.

Correction: The feature referred to Daniel Craig’s 15-year tenure in movies as his video game timeline. This has been changed to reflect his game releases from 2008 to 2012.