Which to choose: PC or console? It’s always been a highly contested topic within the gaming community. While PlayStation 4 and Xbox One fans prefer the convenience of console gaming in their living rooms, PC players enjoy the freedom of choice that comes with gaming on a home computer. After all, part of PC gaming’s appeal is the high image quality that players can achieve through upgrading parts and tweaking in-game graphics settings. But a new Killing Floor 2 video from Tripwire Interactive shows the PlayStation 4 Pro may be able to compete with PC graphics after all

The video, which is intended as a PlayStation 4 Pro gameplay b-roll, features various action sequences found throughout Tripwire’s upcoming zombie first-person shooter. What makes the footage so unique? The game is clearly running at a high framerate, much higher than the traditional PlayStation 4 title, with ultra textures and supersampling. To the untrained eye, the footage looks like it might be straight from the PC version of the game. Of course, it’s not. That’s straight from the Pro. 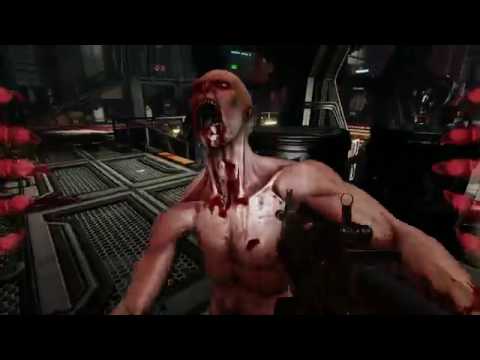 It’s no secret that the PlayStation 4 Pro is trying to compete with the PC market. Andrew House said that himself last month. But Tripwire’s footage suggests that the upcoming Pro is more than just a gimmick. In the right hands, a Pro release can capture graphics settings that mirror a PC’s capabilities. It might not be as powerful as a top-of-the-line PC, but it certainly does provide a rich graphics experience that goes beyond some increased texture sampling.

We know that developers are tinkering with the idea of customizable settings, too. Rise of the Tomb Raider features graphics options for players to choose from, albeit limited. This suggests future PlayStation 4 Pro releases might attempt to emulate the PC experience on the PlayStation 4 Pro by allowing players to pick and choose between increased image quality or increased framerate.

We won’t know for certain how Killing Floor 2‘s PlayStation 4 release plays out for another month, though: The game launches Nov 18th, eight days after the PlayStation 4 Pro. In the meantime, keep an eye out for more news as the game’s official debut approaches.