Today The Pokémon Company released a trailer for Pokémon Generations, a new animated series of shorts featuring memorable events from every generation of the Pokémon videogame series. Each three to five minute short will air weekly on the official Pokémon YouTube channel starting on September 16th, premiering at 12 p.m. EST with two episodes. 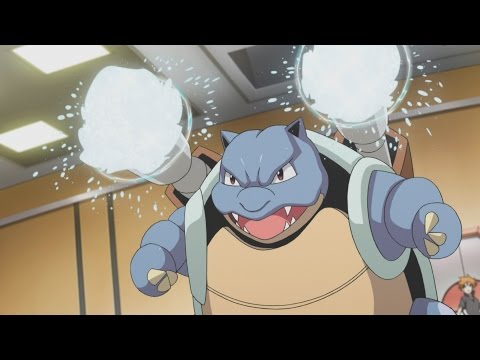 “The new animated series Pokémon Generations revisits each generation of the Pokémon video game series to shed new light on some timeless moments. From the earliest days in the Kanto region to the splendor of the Kalos region, go behind the scenes and witness Pokémon history with new eyes.”

The trailer revealed that Pokémon Generations will revisit at least a few iconic scenes featuring the protagonist and his rival from Pokémon Red and Blue, which were featured by the Pokémon Origins miniseries back in 2013. We also catch a glimpse of the Red Gyarados encountered in the Lake of Rage from Pokémon Silver and Gold, the event that proved the existence of elusive alternately-colored Shiny Pokémon in the videogame series.

Pokémon Generations will also seem to feature Legendary Pokémon, such as Suicune, Raikou and Entei of Pokémon Gold and Silver and Heatran of Pokémon Diamond and Pearl.

The Pokémon Company has also provided us with some striking concept art, featuring a beautiful rendition of Lumiose City from Pokémon X and Y, sketches of the mysterious N from Black and White, and more.

Beyond the recognizable characters and locale, the trailer also promises that we will “discover untold stories” and “experience the epic world through new eyes,” suggesting that Pokémon Generations will feature brand new characters and, possibly, revisit scenes from the protagonist’s point of view!

There will be a total of 18 Pokémon Generations episodes running through December 23, 2016.

The next Pokémon vidoegames are Pokémon Sun and Pokémon Moon, set to release on November 18, 2016.