A Repugnant and Shallow Scare
SCORE: 2/10 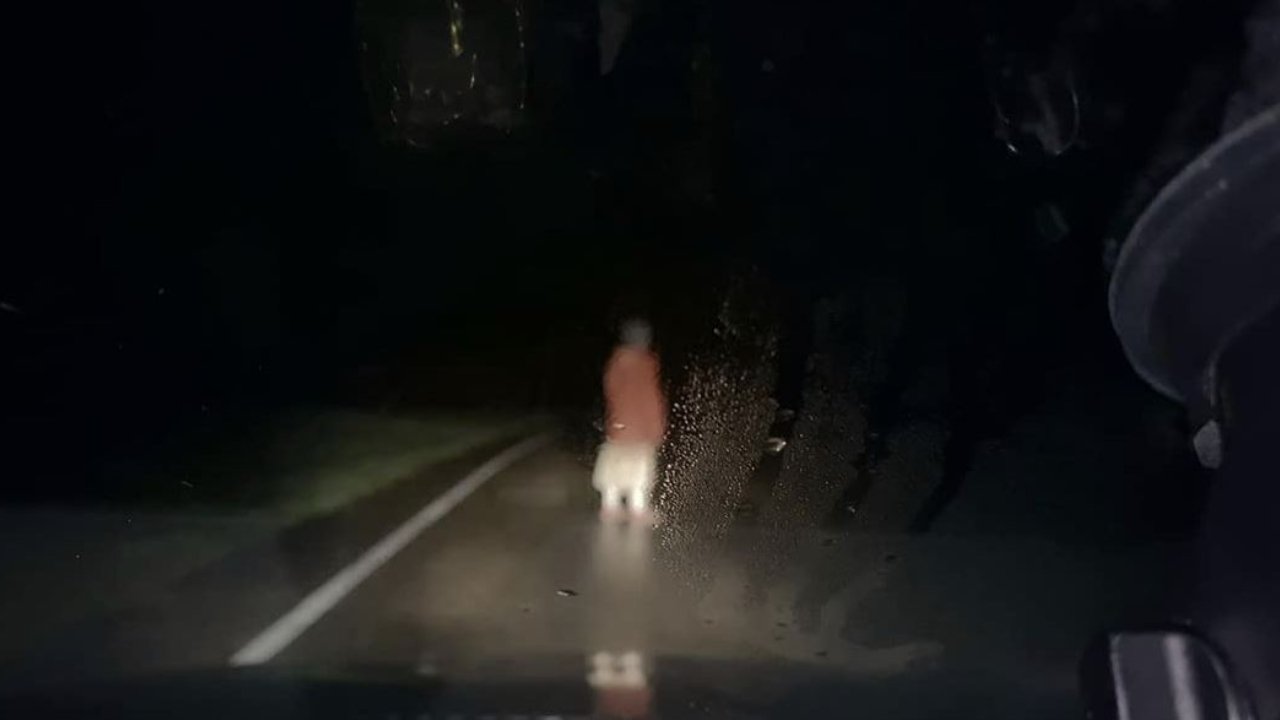 In the midst of our lockdown perils, director, Rob Savage showed up with Host, a terrifying tale of a zoom séance that spills blood. Following closely behind is his new feature, Dashcam, a movie that transcends both screen-life and found-footage but comes up a weird mess that’ll make you spend more time gritting your teeth than cowering. It was always possible that last year’s Host was a stroke of luck instead of a stroke of genius, and now that we’ve got Dashcam, it feels like Host made a promise that Rob Savage and Jed Shepherd couldn’t keep.

There’s nothing clever about the seventy-seven-minute Karen video, though it tempts you to think it could be a satire. Our lead, Annie (Annie Hardy, who may or may not just be playing herself) is a live streamer who posts a constant string of word vomit to her mediocre following. She thinks mask wearing is silly and raps about it while driving around the US. She boards a plane to the UK and comes in like a wrecking ball to her friends’ house, cracking wise about BLM and Femenazis.

“If you’re wondering if it’s the character or Dashcam that’s repugnant, you’ll probably wonder most of the way through.”

If you’re wondering if it’s the character or Dashcam that’s repugnant, you’ll probably wonder most of the way through. After upsetting her pal, Stretch, and his partner, she steals his car to joyride through the city. After terrorizing a restaurant with her filthy fingers and lack of manners, she takes on a job to deliver a woman, Angela, to a café. En route, the woman soils herself and bleeds, and soon, Annie finds herself trapped in a grotesque hunt with a potentially infected woman and her bitey mother.

A lot of movies have tried to adapt the reality of the global emergency into film. Films like Language Lessons use shooting limitations to create something cleverly shot over video calls. But this bizarre found footage feature reduces the pandemic to a punch line, engaging with it on a level shallower than a dried-up bog. You know those two-minute-long videos of white women screeching in grocery stores about not wanting to wear a mask that you wish they were caught by your twitter mute function? Imagine that, only feature length, and instead of telling you anything about society, it adds some poop and puke.

What’s muddy about the whole ordeal is whether the movie is making fun of Annie’s “no liberals!” ideologies. To assume it’s a tale of an irredeemable protagonist is to give it too much credit. The feature was shot with a skeleton script that asked the actors to improvise. Whether intentionally, or by choice, this ended up giving Annie freedom to shriek a bunch of nonsense about the global pandemic and her ‘character’s’ opinion on the mainstream media. If this was, in fact, a clever satirical gag, it doesn’t give it the license to display off-colour jokes comparing vaccine mandates to the holocaust, use offensive language, or to poke fun at current colossal hardships.

For all its incompetence, it has some well-shot scares. The long shot of the woman in the backseat commits to the bit well, and some background shots seen through a rear-view mirror make use of the medium. But by having Annie lifting and taking the titular dashcam with her so often, the movie undermines its own premise in favour of shaky cam action shot on foot. The shaky cam, presumably used to hide the film’s seams, does less to sell the scares and more to take you out of them.

“…be careful when using references in your movie to not remind the viewer that they’re not watching a better one.”

There are shades of Sam Raimi in the gore gags, but they suggest the filmmakers have but a shallow understanding of the references they’re adapting. They say to be careful when using references in your movie to not remind the viewer that they’re not watching a better one. When the leads find themselves recording their experience while stumbling through the woods, you’ll be painfully aware you’re not watching The Blair Witch Project.

When Host landed on Shudder in the midst of this global emergency, audiences flocked to enjoy it. Many of us enjoyed the lark of lighting a candle and watching the zoom centred feature simultaneously on video chat with our friends. The creators made the most of a small budget, and a garbage situation, and dropped the horror movie we needed right when we needed it.

Dashcam feels like a complete upheaval and an about-face. This time, the budget is used for barely visible explosions and an excess of slime, and any comfort we got from the first stab at a COVID-19 centred movie has been traded in for the types of things we’ve been forced to endure in this hellish reality. This bullish mess left a gross taste in my mouth at a level Annie’s pickled “COVID” egg could only aspire to.

Last year’s Host made genre fans throw their warmth at the young filmmakers who gave us community via a scary movie. Dashcam should kick them out of horror’s warm embrace.