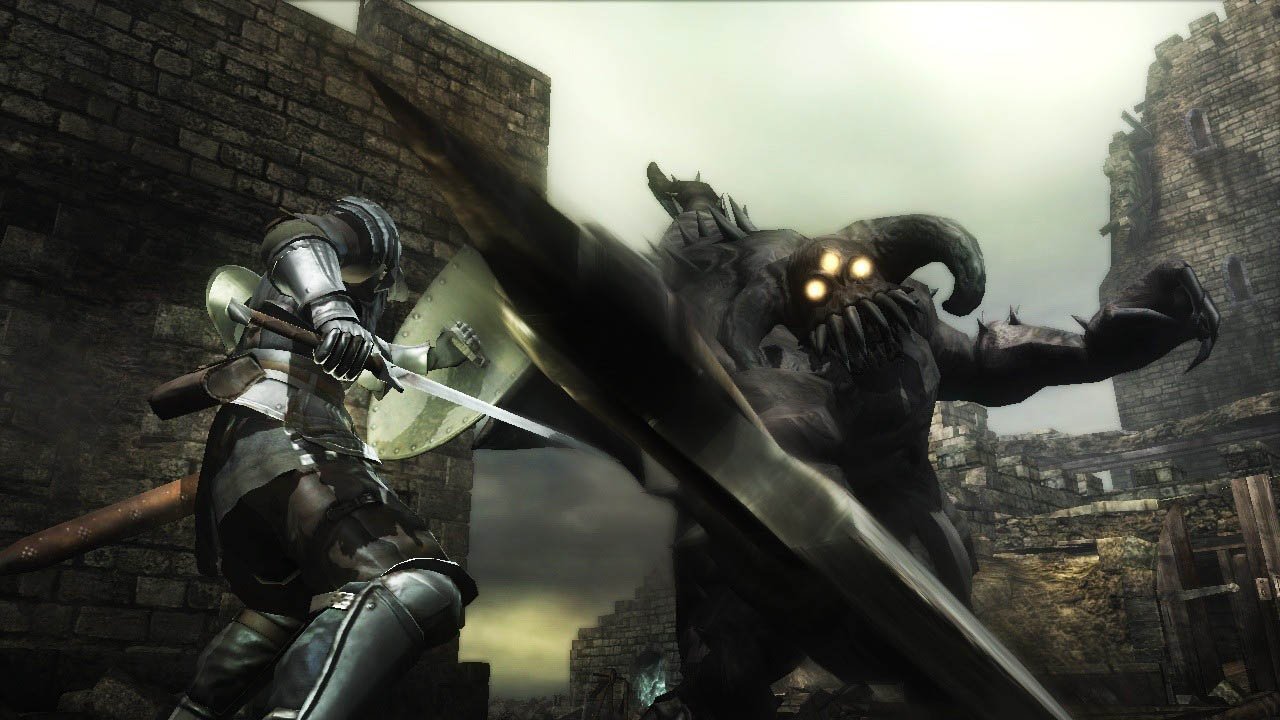 Strap on your armor plate, unsheathe your sword and enter the realm of Boletaria, a place where taking more than a few steps at a time is a challenge, but really you never die. This is the world of Demon’s Souls a fantasy RPG from developer From Software exclusively for the Playstation 3. The display box is adorned with the usual: a knight, some monsters and sword action, but insert this game into your PS3 and you find a stranger beast indeed. Not only does the game break from many modern conventions, but it takes gaming back to a time when achievement was a challenge earned from persistence and skill. This difficulty not only makes Demon’s Souls unique, but also kind of fun.

Boletaria is under siege, covered in a dense fog, and all manner of beast and demon roam the land. It is up to you as the game’s hero to slay all kinds of creatures and free the kingdom. From the start very little is known, but tiny details are unearthed as the game progresses. But overall, the story lacks any real depth. The game never gives the player enough details to really immerse themselves into the world of Boletaria and the side story is only occasionally engaging. There is little reason to explore fully the realms of the game, and the motivation of the characters is never entirely explained. Often it feels that the story is an afterthought.

But at least the atmosphere within Demon’s Souls is haunting. The land of Boletaria is beautiful and the beasts look astonishingly creepy. There are many vistas that display the full devastation of the land and the murky loneliness that you, as the games hero, find yourself in. The castle dungeons and barren lands help set the mood and tone of the overall game, and there is enough environmental movement to present a dark but exciting world full of danger.

The character model though is, unfortunately, less appealing. You can customize your hero, but every way you do there is always more resemble to Ken or Barbie then a formidable demon slayer, but this is a small problem in an overall well crafted visual package. The sound of the game also helps build the atmosphere. Bone chilling noises emanate from the world to keep you on your toes. The soundtrack, composed by Shunsuke Kida, is another strong point. Soft instrumental melodies fill the dark halls giving contextual music as your hero faces the darkness.

But the unique mechanic that makes Demon’s Souls stand out is the online integration. Not only does the player have the ability to enter other people’s games, but Demon Souls allows players to leave messages in the collective game world. These messages can be anything from helpful hints to flat out lies. The game itself also presents messages in the form of blood stains, which can be activated to show a morbid pantomime displaying the death of other players. Running around the world alongside you are ghost like images of other people playing the game at the same time. Following these ghosts, players can discover clues on what to do next or simply tag along for some company.

It must be said that you will die a lot in this game. Even in the tutorial you will be killed. This is not to say that the game is unfair, it just forces you to hone your skills. This is a classic RPG trope in that there is always a way to beat what is in front of you, it is just a matter of finding it. Whether it be levelling your character or just trying a different path, the game provides options.

The fact that you never completely die in the game world is another unique mechanic. You are given two ways to traverse Boletaria: as a flesh and blood warrior or as a soul. The only change it makes to your character is your life total. As flesh and blood, your life total is complete. The catch here is that you can only keep your body as long as you remain alive. One death in the game world will mean the loss of the physical form. You can win back your body in many ways: slaying a demon, entering other players’ games, or just using a certain item. But until you do one of these things you are stuck in soul form. This gives your life total a hit, but also allows your weapons do more damage.

This brings up another difficulty in Demon’s Souls. The currency of the game is souls and you can get these from killing enemies or by collecting items scatted around the landscape. The problem is once you die you lose these souls. The game gives you one chance to get back to your body and recover lost souls, but if you die before reaching it, they are lost forever. This would not be so bad except everything in the game requires souls to fix your weapons or learn spells. Sometimes it takes hours to collect the necessary amount of souls, but this collection does allow players to customize their characters in infinite combinations, which is a lot fun.

As a whole, Demon’s Souls is not for everyone.  Brutal difficulty and lacklustre story may turn off many gamers. It all comes down to this: if you own a PS3 and love RPG’s the way they used to be made, you will want to pick this one up, just don’t expect the next, great fantasy epic.

If you really enjoy a challenge in your games this game delivers with something always awaiting players to test their skill, and patience.

File Under: Action, Adventure, Horror, PlayStation
A retail version of the game reviewed was provided by the publisher. You can read more about CGMagazine reivew policies here. 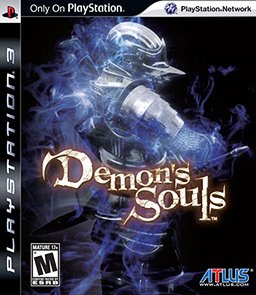