After the Fall (VR) Review 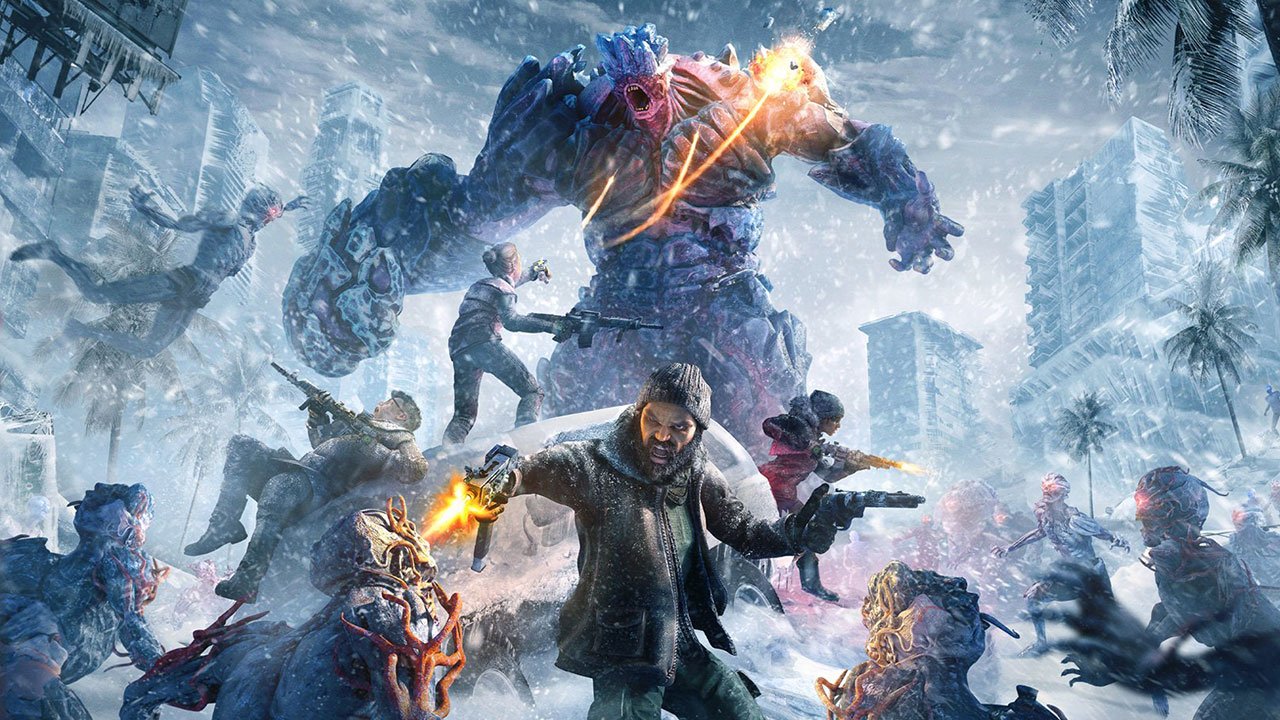 After The Fall finally gives VR players a cooperative zombie shooter that mostly lives up to its genre. It’s short on content due to an arcade-like structure. But the game sends enough on-screen enemies to make trigger fingers happy in every session.

It’s hard to not compare After The Fall’s structure with Valve’s benchmark multiplayer shooter. Left 4 Dead and Back 4 Blood are clear inspirations for Vertigo Games. But it’s high time VR got the same treatment. Thanks to previous experience with VR zombies from Arizona Sunshine. As a result, After The Fall shows Vertigo Games at their best. Clearly doing more with Arizona’s top-notch VR shooting mechanics. Then mixing in bigger challenges across some engaging level design.

Of course, After The Fall’s main stars are its undead fodder. Called “Snowbreed,” they were mysteriously created from a second ice age in the 1980s. As Earth froze, the zombies evolved with wall-crawling and an urge to punch VR players. It’s an arbitrary, if not typical premise to set up After The Fall’s action.

Left for Dead‘s DNA is strong in After The Fall, which sticks to shooting an absurd amount of zombies. Players get plenty of on-screen enemies pouring from every corner. Guns are always blazing in an effort to drive hordes of undead back. In VR, I still remember being overwhelmed by zombies coming from different directions. Here’s where After The Fall keeps plenty of players on their toes. But with just enough ease to have lots of fun. It’s worth noting After The Fall steers clear of survival horror. In favour of empowering VR players to rack up points and become a one-person-army.

But it’s the VR platform separating After The Fall between Left 4 Dead. Gone is the safety net of sitting behind a screen. Instead, players are constantly engaged in After The Fall’s frenetic action. Vertigo Games uses plenty of techniques to keep heads darting and trigger fingers moving. On Veteran difficulty and above, players are shooting first. Then asking questions later.

I’m still impressed by how After The Fall keeps players on their toes. Every room across the game can often have an enemy. Taking the straggler out means dealing with dozens more rushing towards players. I expected nothing more out of gunning the snowbreed down. And that’s completely fine as long as I stayed alive. As an online experience, some of my best reactions came from new players seeing a snowbreed horde for the first time. Then working with teammates to clear it out.

On the game’s lowest difficulty, players can find an enjoyable run across After The Fall. Its standard zombies and runners easily fall after a well-placed shot or two. Without cutscenes to spare, After The Fall goes all-in on its gameplay and benefits greatly. The standard zombies are manageable until players turn on the veteran difficulty. Here, the game starts to give players a true horde experience. Players can easily get overwhelmed if they’re not picking their targets. While bigger enemy types can add more sweat to those controllers.

After The Fall, like Left 4 Dead, shakes things up with some complex enemy types. There’s a chunky boomer which explodes in close proximity. Players caught in the boomer bile will go blind. It’s a clever way to re-introduce a typical enemy in VR. Forcing players to rely on sound and close quarters. It would only be a real problem if three other players didn’t do such a good job of covering me.

Though rare, the game also has its own spin on brutes and stronger variants. These are incredibly deadly bullet sponges. Only because they’re highly durable and can close the distance. The brutes can grab players by the neck in VR. But it’s easy to escape by putting your gun to their eyes and firing away. I didn’t feel that tension as much as Left 4 Dead delivered

. Since players get to escape on their own without the help of teammates. Here, After The Fall gives players little cooperation with others. Especially when Vertigo Games had real opportunities to let players be a hero. A massive zombie type requires four players to shoot at armor. Before exposing weak points and taking it down. There’s a small competition in knowing who lands the final shot – making these mini bosses more engaging to beat.

“Depending on who VR players are with, After The Fall still encourages teamwork when it counts.”

Depending on who VR players are with, After The Fall still encourages teamwork when it counts. Higher levels demand coordination. It’s great to see more revives and supply callouts when things go off-the-rails. Specifically, staying alive by protecting others. It’s challenging enough to manage a seemingly endless supply of zombies. Add in tougher brutes and dying suddenly gets familiar. New players might benefit from sticking to their squad. Then gaining some points that can be used to get supplies and future upgrades.

Players do get chances to purchase supplies in checkpoint rooms before and mid-match. Here, buying a syringe gives you a chance to fully heal or revive a teammate in need. Pipe bombs let you mop up groups of zombies in true Left 4 Dead fashion. Buying these items with teamwork in mind helps. While keeping everyone alive towards the end comes with a point bonus. I didn’t mind these welcome additions. But players on Survivor might not even need them in the first place. Instead, these lower difficulty runs can be taken advantage of to rack up points, practice and collect floppy discs. These items are hidden in plain sight and unlock new attachments for weapons.

Guns are the dead and butter for After The Fall. Vertigo Games has mastered VR shooting through 2016’s Arizona Sunshine. Weapons have the right amount of weight and physics. Aiming down the sights feels satisfying in VR. Even without upgrades, After The Fall’s weapons feel powerful. Especially with smaller arms like a one-hit kill Desert Eagle at the cost of ammo. Or an M16 offering a range and high rate of fire. After The Fall only has a handful of guns, encouraging players to excel with their favourites. Guns can also be dual-wielded for added firepower and crowd control. Despite the options for using weapon, I would have loved to see a bigger variety of them at launch. But Vertigo Games plays it too safe with a tiny arsenal.

Progression can be a bit slow at launch. This comes with unlocking only a few attachments by the time I beat After The Fall. Even so, it’s fun to attach a weapon to the upgrade bench. Then using a tool to strip and add new upgrades myself. There’s a potential for After The Fall to grow with more weapons, upgrades and cosmetics past launch. But the grindy nature for small rewards gives players less reasons to keep replaying.

“After The Fall does take a toll on performance from its number of on-screen zombies.”

After The Fall does take a toll on performance from its number of on-screen zombies. On PCVR, I noticed frame drops and buggy animations later in the levels. As more hordes gathered, so did the strain on the hardware Hilariously, it was fun taking out zombies before they climbed out of holes. Then watching a pile of ragdoll corpses grow before they glitched out. These clunkier aspects aren’t a surprise for veterans of Left 4 Dead and Back 4 Blood. But these hitches don’t save After The Fall from AFK leaders, who eject players mid-match. Or crash the game on startup.

Objectively, Quest 2 players wouldn’t have as many game breaking bugs. Save for muddled visuals to save on performance. As for After The Fall’s graphics, it’s a noticeable upgrade from Vertigo’s previous games. Opting for more photorealism and details in the world. Snowy tundras and frozen glaciers along abandoned skyscrapers are a highlight. Even if most rooms start to feel flat. But After The Fall keeps its atmosphere moody thanks to some sharp graphics.

It’s worth noting After The Fall has plenty of comfy ways to play. Locomotion and teleporting are welcome options for players. Along with an adjustable reloading belt. Speaking of ammo, After The Fall keeps its clever arcade method of reloading. Simply by ejecting a clip and moving the gun over to the ammo belt. It’s an instant way to keep firing in the face of frantic zombies. All without being interrupted by manual reloads. Players can still opt for the latter while earning more points for doing so. Either or, Vertigo Games has made considerable accessibility choices for new players.

Thankfully, players only need two weapons to take on an army of undead. Ammo isn’t a bigger issue than most players would think in After The Fall. Well-placed ammo chests can instantly put players back in the fight. That’s assuming guns are empty from spraying instead of being accurate. Because Vertigo Games sticks to action over horror, After The Fall does away with loot. Though players can still find some consumables in drawers. As a tip, I suggest shooting ammo chests from a distance instead of bashing them up-close.

After The Fall does make an effort to establish a world frozen in time (every pun intended). From floppy disks to light gun cabinets, there’s barely an immersion for the setting. The 80s vibes aren’t as strong as Black Ops Cold War, which created an authentic trip back in time. But neon signs, vintage cars and even iconic 80s music aren’t present. Historical references and clever world-building are out the window too. As a result, After The Fall’s apocalyptic setting can feel a bit flat in VR. If not clichéd under a dark, snowy and empty backdrop.

Unsurprisingly, throwing frantic four-player co-op in with zombies can start to grow stale. Its action lacks variety in itself. After The Fall suffers from a lack of variation with objectives. Some missed opportunities come from defending a safe cracker. Or holding down a spot with well-placed defences. Even shooting zombies while skiing or zip lining. There’s barely a curveball thrown at players when they’re shooting their way out. In turn, After The Fall doesn’t have a real sense of exploration. Or a connectedness with the game levels.

The game’s passive approach hurts its content. After The Fall only takes two hours or less to beat. In a straight line, players can beat a level in 15 to 20 minutes. Before doing it again across a handful of levels. I expected more out of Vertigo Games, who managed to churn out an admirable 7 hours with Arizona Sunshine. DLC and all. But After The Fall scales things back – arguably to early access levels – with its launch content.

The main Harvest PvE mode is also supplemented with PvP multiplayer. The “tundradome” puts teams against another. But this feature is also somewhat broken at launch. Party leaders have to start the game themselves. While AFK party leaders can leave eager players waiting without an end. Unfortunately, this held me back from playing a multiplayer match at launch.

For what After The Fall is worth, mowing down waves of undead never go old. There’s plenty of options in how players enjoy the game. From its fair and balanced difficulty. To gearing up and experimenting with new weapons. Then turning up the difficulty for real challenges. After The Fall is the closest thing VR players will get for Left 4 Dead. But a bare-bones amount of content holds Vertigo Games back from this satisfying vision. The studio makes a respectable move in bringing a distinctive genre to the VR lens. But post-launch content shouldn’t finish what this incomplete package started.

After The Fall stays alive with top-notch VR zombie shooting, but gameplay isn't enough to make up for a lack of variety and shockingly light content at launch.

File Under: Oculus, PC, VR
A retail version of the game reviewed was provided by the publisher. You can read more about CGMagazine reivew policies here. 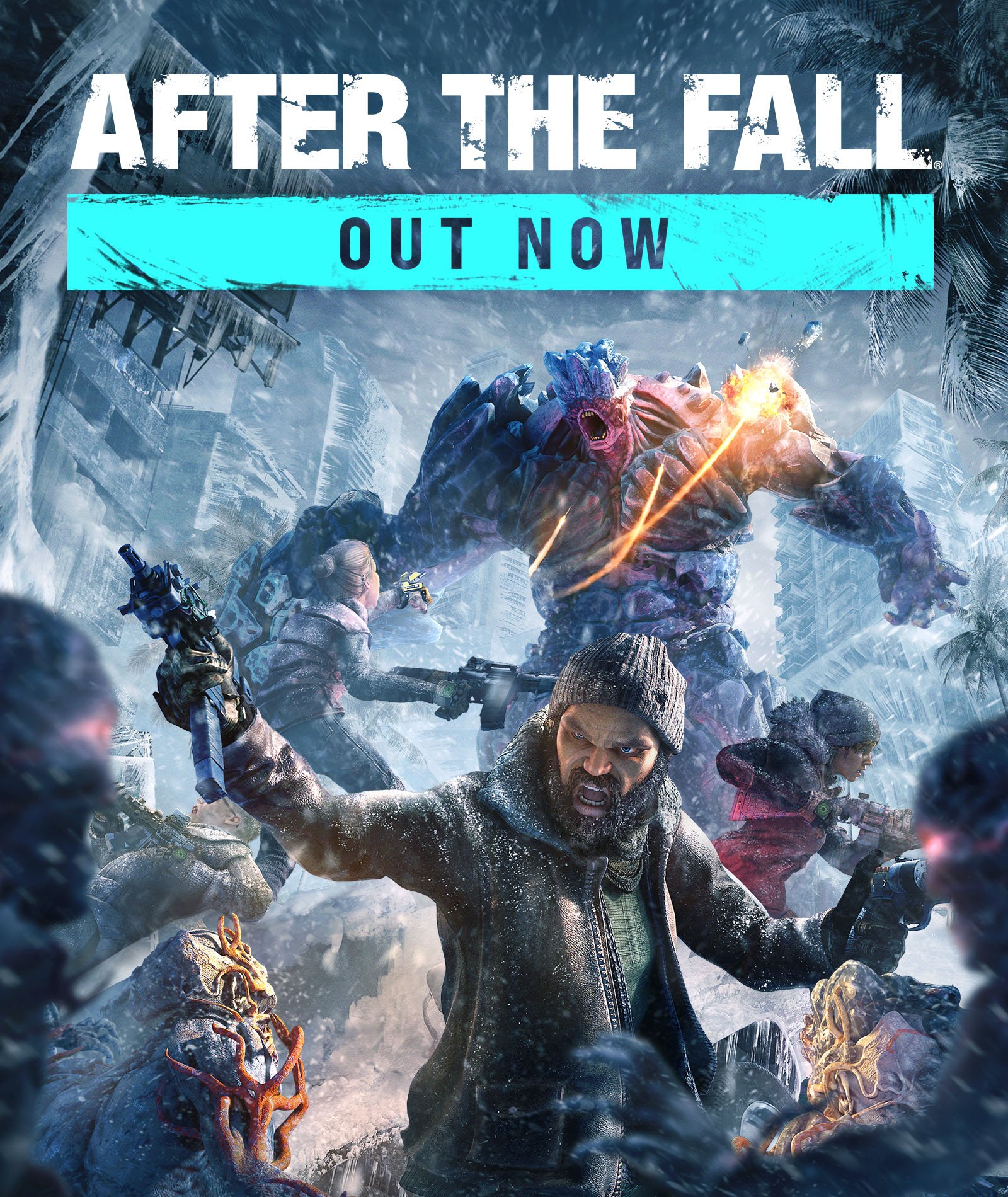