A God Among Fighting Games
SCORE: 9/10 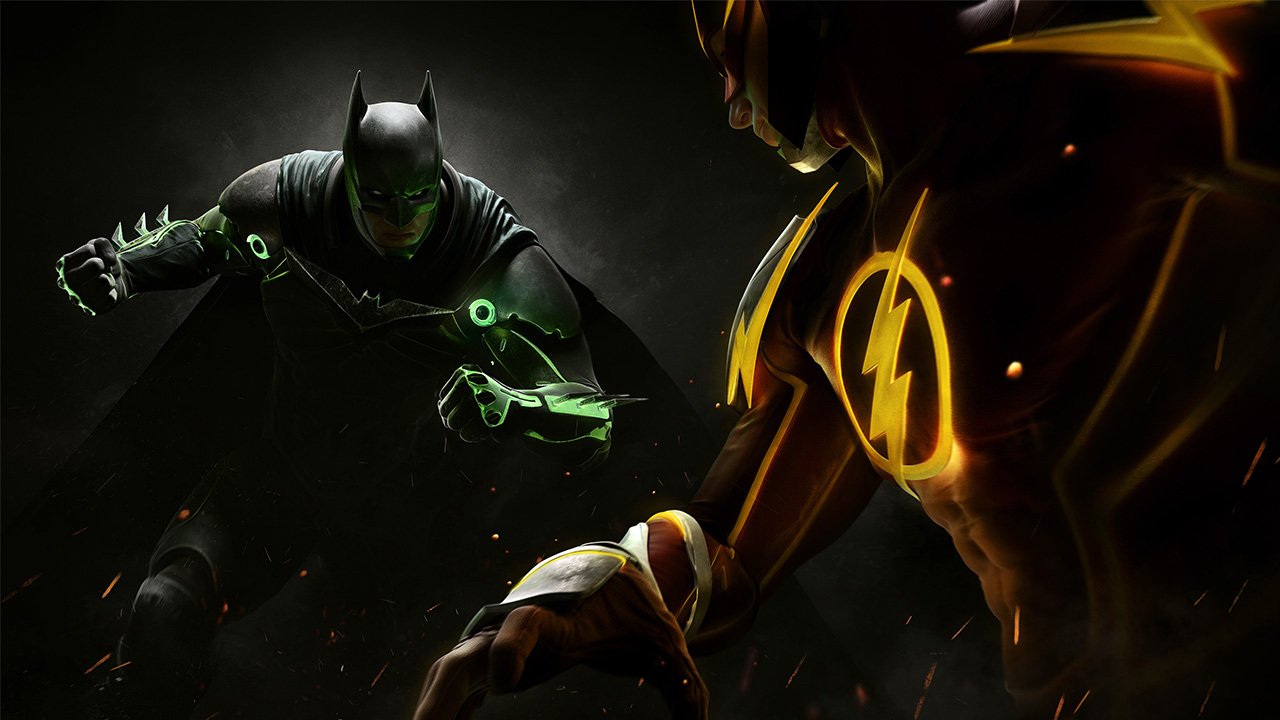 A few years ago the folks over at NeatherRealm decided to dabble in a fighting game outside of the typical Mortal Kombat bloodletting. They created Injustice, a DC Universe fighting game that instantly found a place in this particular reviewer’s heart. A few years have passed, and we now have a sequel that arguably tops its predecessor in any way. This is one of the most beautiful fighting games on the market and thanks to some adjustments to the control and speed of combat, also one of the most satisfying. Sure, the title falls under DC’s peculiar obsession with grimness as gravity (seriously, can the Superfriends ever have fun again?), but that’s to be expected and you’ll likely have so much fun duking it out as these iconic characters for hours on end that it’ll be easy to ignore the extra unnecessary nastiness (Hey, this is DC by way of the Mortal Kombat kings after all).

First off, the fighting—is it ever satisfying. The simple commands hinge primarily on three attack buttons and the game feels like a satisfying pick-up-n-play button masher while also being filled with depth, epic combos, and strategy for the hardcore players out there. It can be a simple party game or the type of thing for which you spend countless sleepless nights training to withstand online tournaments. NetherRealm have also adjusted some balance issues from last time. It doesn’t feel quite so clunky anymore and the fights move with a more frenetic pace without dipping into Marvel vs. Capcom sensory overload. Where the first Injustice felt like a mishmash of Capcom fighters and new school Mortal Kombat, Injustice 2 has a fighting game identity of its own and it feels damn good. The highlights for Kombat/DC nerds like myself are the cutscene super combos that are somehow even more epic and insane than the last game. Did you like when Superman punched his opponent into space last time? Well, this time Supergirl launches people past the sun and then laser blasts them (with her eyeholes) back to earth through an asteroid. My personal favourite would be the Flash, who races his opponent back through time to bounce them off a dinosaur. These combos are wildly amusing and gloriously over-the-top, better than last time and just as satisfyingly insane as a good Mortal Kombat fatality without all the gore.

It certainly helps that NetherRealm took full advantage of current gen console capabilities to create quite possibly the most beautiful fighting game I’ve ever seen. The graphics are gorgeous, but even better are the character designs and personalized nature of each fighter’s movement. There’s genuine personality in how all of these DC legends were designed and executed. This particularly shows in the story mode, where Ed Boon and co. unleash some cutscene action set pieces so grandiose and deliriously entertaining that they are at least equal to any action scene in the current crop of DC movies. The story is a predictably goofy crossover tale that sees heroes and foes duke it out on the regular thanks to Brainiac’s skill with mind control. However, by the standard of fighting game stories, it isn’t bad. The narrative builds on the clever Superman-gone-bad concept of the previous title and has some fun with it. What’s most impressive is the execution, which is gloriously cinematic and features some of the best facial animation I’ve ever seen in a video game. It’s a blast; well worth playing and never feels tacked on to the fighting game core. Sure, there’s some needlessly dour nonsense and corny fan service tossed in, but it’s so well executed and features enough clever twists on DC mythology (I quite like what they did with Supergirl’s origin in particular) that comics fans won’t feel cheated.

Beyond that, the game is almost overflowing with content. The new characters all fit in well (especially my beloved Swamp Thing who is an absolute joy to use even if he’s short-changed in the story mode) and the online matches all play smoothly with minimal loading time and frame drops. The unlockable character customization is almost intimidatingly deep; rarely feeling like mere skins with costume and gear items changing character stats and rankings (though that’s all evened out for online matches). There’s also the incredibly deep Multiverse missions that offer challenges (not unlike the Mortal Kombat series’ tower challenges) that change daily and offer up unique in-game rewards. NetherRealm have gone out of their way to ensure that players have reasons to keep coming back to Injustice 2 again and again and again and it all feels like worthy content for fighting game fans looking to lose dozens of hours. Toss in the inevitable DLC that’ll come by the truckload and you have one hell of a package.

Now, I do want to briefly discuss one thing about the DLC that bothered me. I know that it’s just a fact of life with fighting games these days that some characters are going to be download-only for extra cash. However, I did find it a bit weird Darkseid was flaunted for months in all the ads and is only playable for a fee. Even weirder, Brainiac is available for sale when you boot up the game even though he’s unlockable upon completing story mode (sure, some people just want the characters right away, but charging for an unlockable character? That’s not cool). Still, it’s just the sad reality of how fighting games work these days; a slow drip of endless buy-ins for players.

Aside from that nonsense, there’s no denying that Injustice 2 improves in every way on an already rock solid fighting game. NetherRealm have delivered a title that ensures the Injustice series will stick around for a while as a consistent force to be reckoned within the fighting game genre. Go out and dig in immediately.

Injustice is back and good lord is it ever a blast. 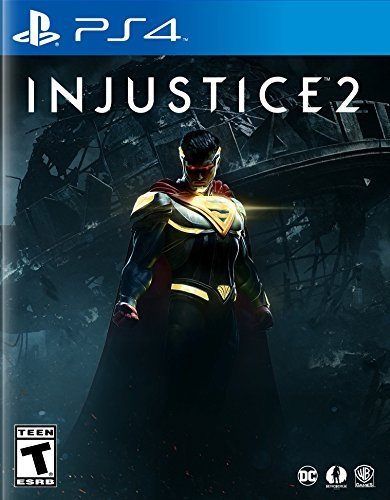