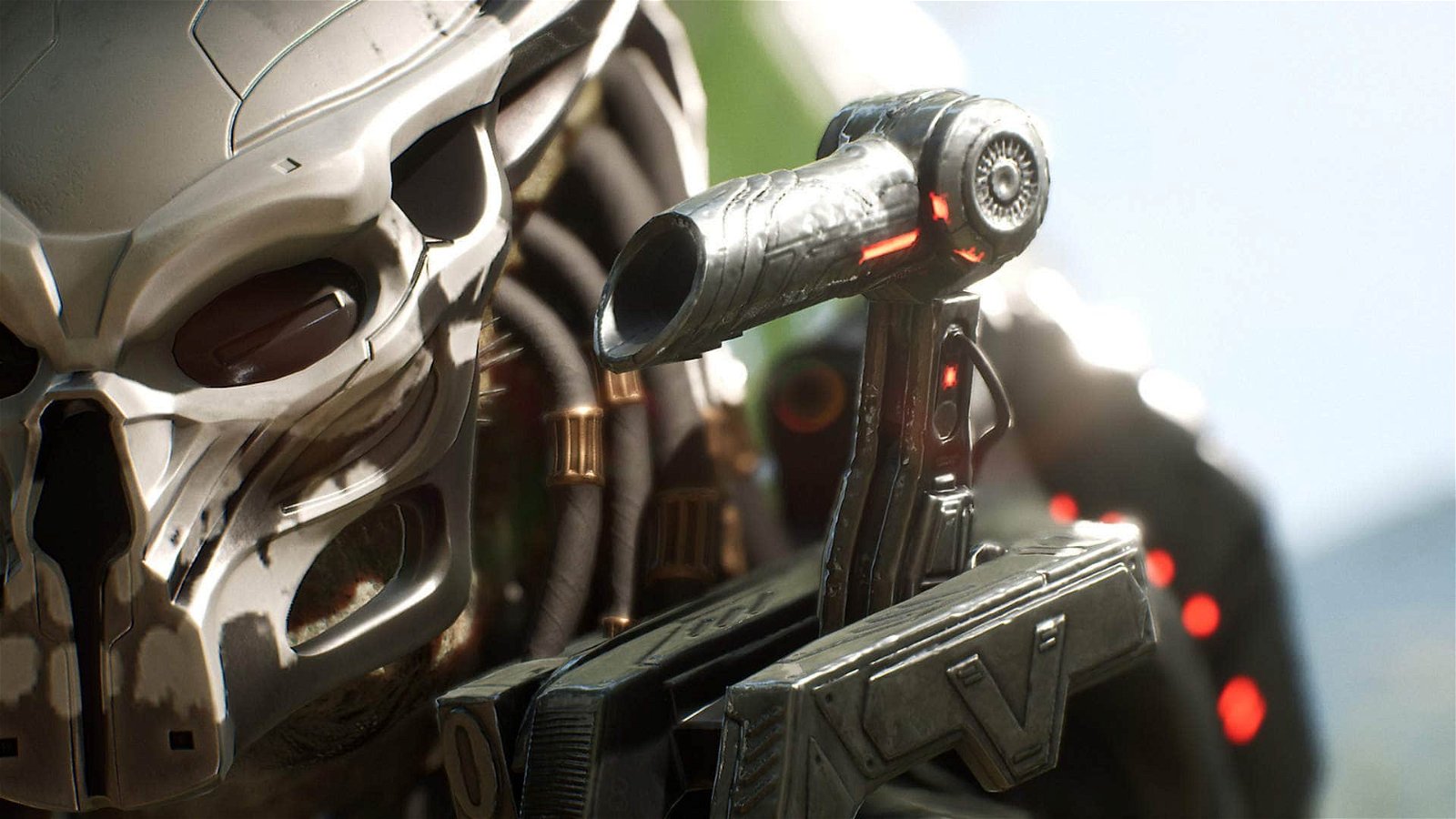 I really want to recommend Predator: Hunting Grounds, unfortunately, at least at the time of writing this review, I can’t.

When I first heard about IllFonic getting the rights to the Predator property, I was genuinely intrigued as they were the developers responsible for the tepid but lovingly-crafted Friday the 13th multiplayer-only title that released in 2017.  Predator just seemed like a natural fit for the still-burgeoning asymmetrical multiplayer genre of games, due to the very nature of the source material lending itself perfectly to the player vs monster setup.

Sadly,  Predator: Hunting Grounds in its current state feels more like a cool proof-of-concept than a well-realized project that encompasses and fleshes out the Predator franchise.  Before talking about the bad, let me cover the good, as Hunting grounds does provide a few glimmers of hope that make for a fun time, even if they seem to last only momentarily.

Like Friday the 13th, Hunting Grounds forgoes any real exposition to focus on a multiplayer-only experience —  translating into two modes: Fireteam and Predator. Both modes transition into the same game but offer the option of playing with a group of soldiers or as a lone Predator on the hunt.

Playing as the Predator can be an enjoyable experience at times, as IllFonic has done a great job in bringing to life both the hulking strength of the Predator alien-race and its distinct tribalist-inspired arsenal.

Predator: Hunting Grounds offers players with a few choices when selecting the Predator, which by default is limited to the Hunter, the most well-balanced out of the bunch. Eventually, players can unlock the Scout, Berserker and a Jungle Hunter Predator, based on the 1987 film. Each character lends themself to combat, range, speed or a balance of all three. The weapons themselves can be equipped regardless of class but are unlocked gradually like the different classes. The Predator character classes playout in third-person, with a greater emphasis on traversal, allowing players to climb trees and leap over small buildings and structures with relative ease.

At least, for the most part. Unfortunately, traversal as the Predator, regardless of class, often feels clunky and unintuitive when jumping from tree to tree or branch to branch. Toggling the iconic Predator thermal vision alleviates this somewhat, making each branch and point of contact more noticeable. Still, ultimately, I found just running through a map to be more effective and less clunky than awkwardly stumbling from atop the canopies of trees.

Ranged weapons feel appropriately explosive and generally hit targets in large bursts that mimic the frenzied nature of the Predators’ energy-based gadgets, making them particularly lethal when concentrated on an unsuspecting target.  For the most part, however, I found myself switching to melee-based attack as they tend to shred through enemies without much effort.

Additional support items pad out the Predator’s arsenal and include things such as beartraps and sound detecting mines that make it easier to either slow or identify player characters from the AI-controlled soldiers that pepper the map. Switching gears to the PMC or Marine-type of human characters, things begin to feel a lot more generic and are what ultimately make Predator: Hunting Grounds feel unfinished or at the very least, uninspired.  Rather than a third-person perspective, the solider characters employ the use of a first-person camera, which in essence boils down to a generic FPS experience when not playing as the Predator.

Gunplay doesn’t feel bad per se, rather the main problem I have with playing as the humans is that most of the objective types feel incredibly dull and repetitive. The lacklustre gameplay is compounded by braindead AI enemy soldiers that feel more like deliberate distractions, rather than fun and challenging targets to engage with.

Having better AI would have helped immensely in making the core gameplay loop of infiltrating key locations and completing objectives feel fun, elevating the inevitable run-ins with the Predator player.  It’s quite unfortunate as there are moments in the game that echo the same exciting atmosphere found in titles such as Crysis but lack any of the nuance and polish.

Replacing the slew of AI-controlled soldiers with actual players, giving the game more of a Rainbow Six or traditional shooter feel would also make the game more enjoyable as the weapons present in the game do feel satisfying to use. Lack of map variety quickly makes Hunting Grounds feel old with each location bleeding into each other, making it dificult to find anything that stands out. Nevertheless, the few maps that are present at least look like they’re ripped straight of the original film with contemporary military tech replacing the antiquated gear of old.

Unlockable cosmetic items are earned through a loot box system, which thankfully doesn’t include microtransaction but also lacks personality what-so-ever, making them feel like a tacked-on feature rather than something exciting or worthwhile.

I wish I had more to talk about in regards to the game, but Predator: Hunting Grounds is a shallow experience that will leave players wanting more almost immediately, even at its budget entry-fee.

Predator: Hunting Grounds is a game that feels like a good idea that failed to materialize. I can only recommend the game for serious fans of the long-running franchise; or those who can wait around for the game to develop post-launch, which shouldn't be acceptable in a property as large as the Predator. 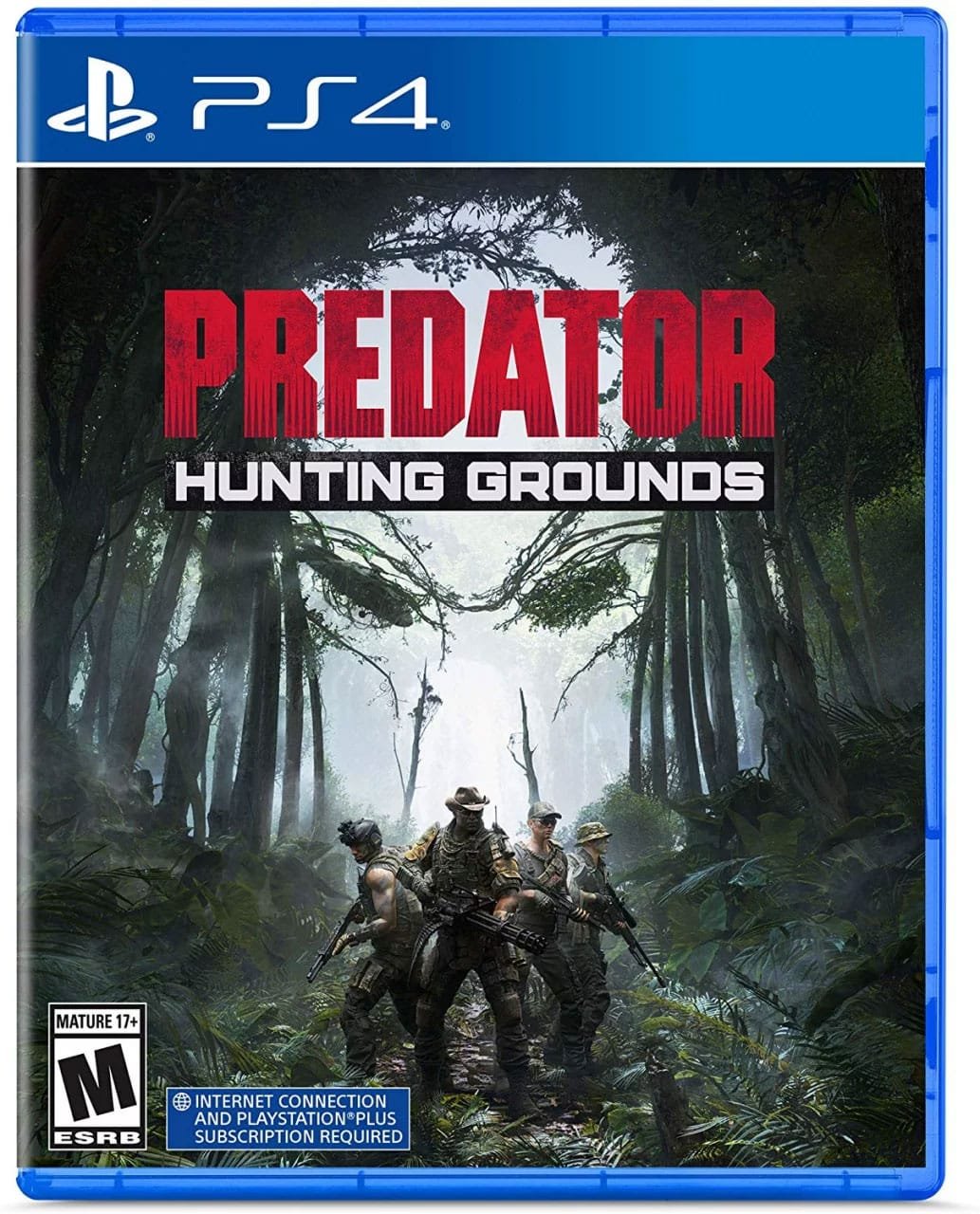