Can a Long-Time Leader in Microphones Continue to Lead?
SCORE: 9/10 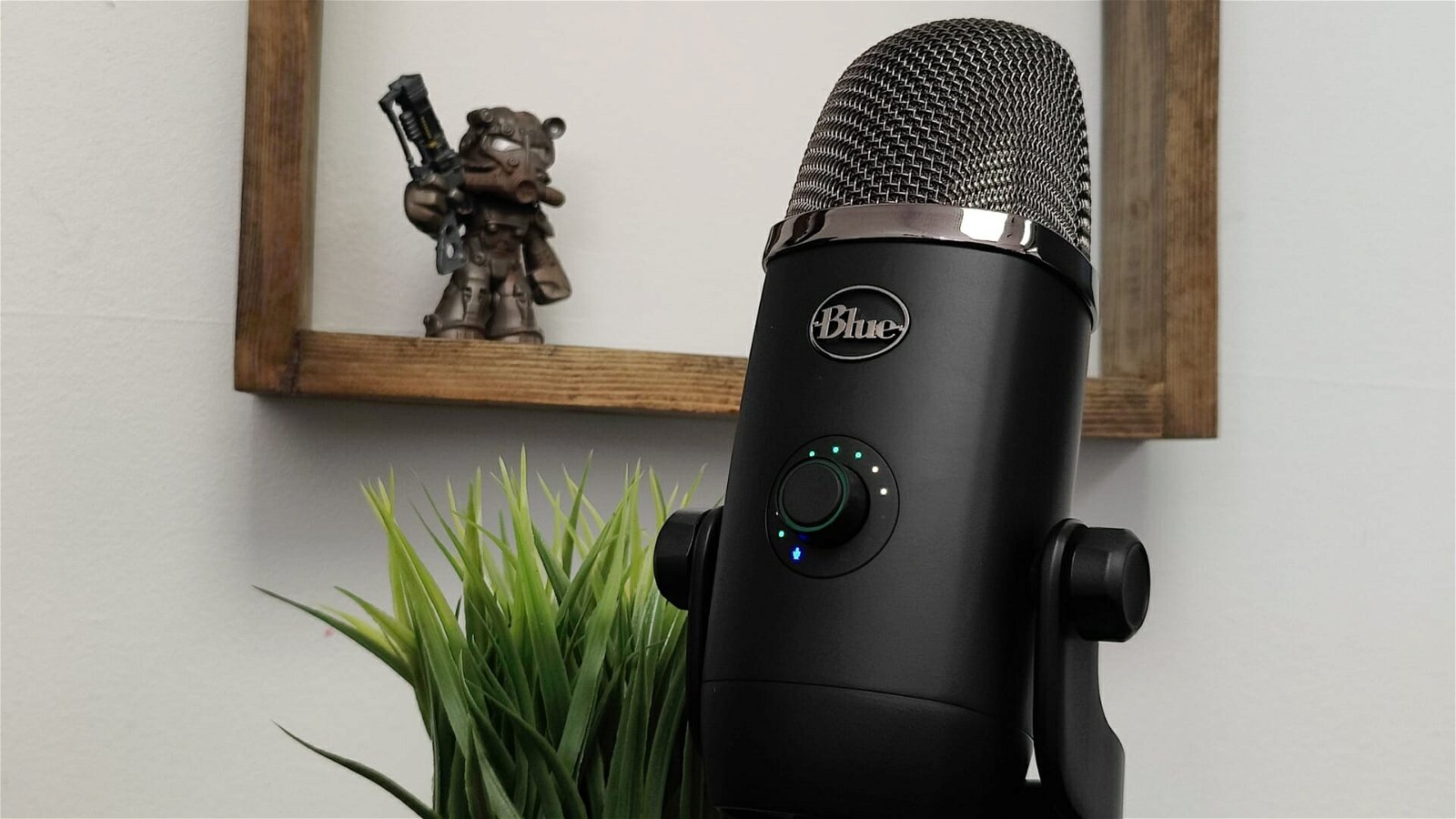 A lot of the USB microphones on the market come from companies that primarily make other things. Many come from gaming companies, others from people who specialize in headsets or other ancillary audio devices. For a company like Blue Microphones, who have been a trusted name in the industry for years, this should be an easy challenge.

Blue has been a manufacturer of high-end studio microphones worth thousands of dollars, and they’ve been at the forefront of the streaming game with USB Mics like the Snowball and the original Yeti. Their most advanced mic in the Yeti family of microphones is the Blue Yeti X, and it is a doozy.

Unboxing the Yeti X revealed the most beautiful USB microphone I have had the pleasure of opening. To say that the mic has a sturdy design is an understatement, The mic itself weighs 1.14lbs (2.8lbs with the stand), but in addition to its top-notch build quality, it is sleek and professional looking. Also included in the box is a micro USB cable.

On the mic, you’ll find a headphone out jack and a smart knob that acts as the mute, gain, headphone volume, metering (see your vocal levels) and blend modes. Pressing the knob for 2 seconds will switch between any of these modes. The microphone is easily detached from the stand via two screws on the side should you want to mount it to a mic arm.

“Testing the mic out of the box, it sounded quite good, so imagine my surprise when I realized there was software to download for the Blue Yeti X.”

The microphone itself is plug and play. There are no drivers needed. Testing the mic out of the box, it sounded quite good, so imagine my surprise when I realized there was software to download for the Blue Yeti X. Available for download was the Blue Sherpa software (which does little more than upgrade the firmware of the mic) and the Logitech G Hub software, which does a lot more.

The G Hub software controls every aspect of the microphone. From the RGB of the knob and meters on the front of the mic to the headphone EQ to the EQ of the Yeti X itself via Blue Voice. When Blue Voice is enabled, you have total control over your microphone.

You can control the EQ of the mic and add a high pass filter, Noise reduction, Noise expander/gate, De-Esser, Compressor and Limiter. Along the side you will see a number of presets that will adjust all the aforementioned settings to create very specific sounds, from settings aimed at high and low-voiced users to the replication of an AM radio signal.

If you want to play with the settings to get things just right for yourself, you can record a sample of your voice in the app and  play it back in a loop while you make adjustments and hear how it affects your voice. When you’ve gotten things just the way you want them, you can save your own presents within the app.

Once I had utilized the software to control my voice, I was in situation where I didn’t have to apply any filters to my streaming software, DAW (Digital Audio Workstation) or Post-Production Program which, by the way, are OBS, Audacity and DaVinci Resolve respectively. This becomes a huge time saver as you don’t have to apply these filters to multiple applications, just the one.

If I had to nitpick, I would say that size could be a little of an issue with the mic. It is a bulky device and having it on stream, it could take up significant real estate on screen. I, personally, don’t find this an issue, but some people may find that the aesthetic of the mic won’t fit in with their brand.

Also, an issue is the lack of a built-in pop filter. Of the higher end mics that I have tested, this was the only one where I found noticeable plosives. You can fix this by purchasing a pop filter (which is unfortunate since it is an expensive mic that looks nice and the pop filter interferes with the look).

You can also fix this by increasing the distance between you and the mic, but that will require an increase in gain, which in turn will require changes to your noise reduction and noise gate settings. These changes can affect the overall quality of your voice or even start to cut it off if you are a bit of a low talker.

At $169.99 USD, the Blue Yeti X is placed in the top 50% of USB microphones in terms of price. For its quality, I would say that it is among the microphones that are most worth the price. It is a worthy upgrade from the Yeti and is about the highest quality USB mic you will find. They also have the best EQ software of any of the mics I’ve tried so far.

The Blue Yeti X could well be the finest USB microphone on the market today. It’s built tough, it sounds great and it is accompanied by a top of the line control software.