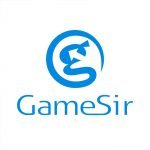 Mobile game controllers are now as commonplace as finding a case for your specific make of Android device, but like anything else, quality and usability are essential when deciding on what to purchase. The Gamesir X2 Pro controller for Android is an improved-upon controller attachment that fixes some key issues of its predecessor. Chiefly, the inclusion of a d-pad over Joy-Con style face buttons, with two additional programmable shortcut buttons on the back of the unit.

The Gamesir X2 Pro is a slide-in style controller where you dock your USB-C compliant phone, akin to the Razer Kishi V2, which I looked at earlier this year. Unlike the former, however, the Gamesir X2 Pro features a wider backing for your device of choice to rest on, making for a comfortable and robust feeling experience when in use. The Gamesir X2 Pro features 4 face buttons, the aforementioned D-pad and extra buttons on the back, bumpers and Hall Effect analogue triggers, a dedicated share button and an Xbox-style home button.

Analogue triggers on a mobile controller are a nice touch, something I found particularly useful for GameCube emulation, as many titles on that console take advantage of analogue input. The Xbox-style face buttons on the Gamesir X2 Pro are magnetically attached to the actuators on the device, meaning they can be removed with a bit of gentle pressure, allowing those who prefer a Nintendo-style layout the option to rearrange accordingly.

“The Gamesir X2 Pro is a slide-in style controller where you dock your USB-C compliant phone, akin to the Razer Kishi V2…”

The dual sticks on the Gamesir X2 Pro are adequate and feel as console-like as you’ll get on a mobile device. However, I wish they went for a concave nub as I found prolonged use to be less comfortable than other devices and controllers I’ve used in the past. Additionally, the height and placement of the right stick also feel slightly too tall, which is something I could probably get used to, but it should still be noted as I’ve never had this issue prior with other devices.

My biggest point of contention when looking at any controller usually comes down to the d-pad, something I find to be an afterthought regarding mobile controllers specifically. Thankfully, the Gamesir X2 Pro’s d-pad feels fine and will get the job done, be it a fighting game or platformer.

“From the games I’ve played, I noticed my time with the Gamesir X2 Pro did a good enough job of approximating playing with a controller.”

The Gamesir X2 Pro continues Microsoft’s trend of branded mobile controllers, with the X2 Pro shipping with a month of Game Pass Ultimate to sweeten the deal (and make testing games easier for my review). As Game Pass seems to be an integral part of the GameSir X2 Pro’s appeal, I will briefly mention my experience using the service. From the games I’ve played, I noticed my time with the Gamesir X2 Pro did a good enough job of approximating playing with a controller.

I can’t speak for how close Gamesir’s offering feels to Microsoft’s first-part Xbox controller, as I typically use a DualSense controller for my Xbox/PC gaming sessions. However, I was able to win a few rounds of Tactical Slayer on Halo Infinite and my time platforming and collecting pollen in Tinykin felt fine.

My only other minor complaint with the Gamesir X2 Pro is that, despite its size and wider backing, I was unable to use my Pixel 6 while it was in its case, which is typical for devices of this nature—however, for being so close to something like the Razer Kishi v2, which did allow me to use my phone, case and all, it would have been nice not having to remove my phone’s outer casing.

The Gamesir X2 Pro is a fine controller that checks most of the boxes for mobile players looking for a dedicated device for game streaming or use with emulation.
REVIEW SCORE
7.5
Buy Online
File Under: Android, Gamesir, Mobile Controller, Review, X2 Pro