It’s Functional, But is it Necessary? 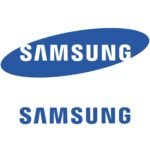 Samsung is well known for their smartphones, and the latest iteration is the Samsung Galaxy Z Fold4. No, you aren’t hallucinating. The Z Fold3 released this time in 2021, the Z Fold2 in 2020, and the original Fold was this time in 2019. So four foldables in four years, and they did the same with the Z Flip variants as well. I’ve personally had the chance to check out the Z Fold2, Z Fold3, Z Flip3, Z Flip4 and now, the Samsung Galaxy Z Fold4 has taken over my pocket for the last couple of weeks.

Is the Samsung Galaxy Z Fold4 fun? Absolutely. Are people going to think it’s cool? Absolutely. Is it necessary? Absolutely not. I’ve said it before about these new gimmick devices: though they are a lot of fun, there is almost zero practical use for them.

Everything within the device is done better on the Samsung Galaxy S22 line of devices, especially compared against the S22 Ultra, but even the S22+, and literally half the price. That leaves this device best suited for the people that will think it’s the “coolest”, likely teens or young adults, or others that will find the larger screen helpful for viewing, likely older users. In either case, they won’t be interested in paying over $2200 for a smartphone.

“Something I actually loved about the Samsung Galaxy Z Fold4 smartphone is the new app tray on the inside screen.”

With my complaints about whom this phone is actually for aside, the Samsung Galaxy Z Fold4 does what it is supposed to do just fine. It never claims to be the best at anything—and it isn’t—and that is how they get away with continuously making a new product that looks cool and is just “fine”. When using it for day to day tasks like email, text messages, social media, YouTube and TikTok, I rarely had a complaint.

In one instance, the Z Fold4 completely crashed, and I had to do some serious work to even get it to turn off and back on again, but this was a one-time occurrence. Something I actually loved about the Samsung Galaxy Z Fold4 smartphone is the new app tray on the inside screen. Whenever I popped into a new app, a row of previously used programs would show along the bottom of the screen, letting you jump through apps seamlessly. I’ll take the quality-of-life improvements I can get.

Something I thought was fun but don’t understand is why it exists is a mouse mode on the device. On the Samsung Galaxy Z Flip4, when you fold the device, it can do some fun tricks. For instance, it can record like an old-school camcorder would, with the screen to the side. On the Z Fold4, you can indeed use the phone folded, and on some apps can even press a button that will bring out a tiny cursor, like on a PC. I do not know why this exists or how it could be useful, but it was really fun when a friend showed me.

“I find myself jumping to mention all the issues I found with the Samsung Galaxy Z Fold4, but in reality the phone performs well, just doesn’t go above and beyond, and at this price point, it should.”

Though we are moving forward in some ways, the Samsung Galaxy Z Fold4 smartphone moves backwards in others. The fingerprint sensor is still on the side of the device, where you’ll find it on the screen for any of the S22 line of devices. Not only is the screen more convenient when holding the smartphone, I also find it usually works better, and this goes for most smartphones I’ve tested, including the OnePlus 10 line.

I find myself jumping to mention all the issues I found with the Samsung Galaxy Z Fold4, but in reality the phone performs well, just doesn’t go above and beyond, and at this price point, it should. I enjoyed my time with it, even though I found it mostly useful for social media and texting. It isn’t a broken product by any means; it is just a very expensive, very niche, gimmicky smartphone. I can’t justify its existence, especially with so few upgrades from the Samsung Galaxy Z Fold3 that came out last year, with some specs the exact same as the original Fold from 2019.

But let’s talk about those specs. The Samsung Galaxy Z Fold4 comes loaded with the Qualcomm SM8475 Snapdragon 8+ Gen 1, with the Octa-core CPU and Adreno 730 GPU. This is an upgrade from the Z Fold3, which featured the Qualcomm SM8350 Snapdragon 888 5G, Octa-core CPU and Adreno 660 GPU. If you’re like me, these all look like a bunch of numbers, so I’d rather explain it by experience.

The Samsung Galaxy Z Fold4 smartphone features the same chipset as the OnePlus 10T smartphone. The 10T was designed for mobile gaming, and I have experienced it firsthand. With the same power behind the screen, you’d think the devices would run similarly, but the Samsung Galaxy Z Fold4 is not optimized the way that regular smartphones are. All the power goes to its screens, meaning performance takes a backseat.

Battery life is greatly affected by the Samsung Galaxy Z Fold4’s screen too. Usually by the end of the day with my S22+, I’ll sit down with between 40 and 50 percent. With the Z Fold4, there were days I hit that before noon. It was very rare that I didn’t need a midday charge to be safe, and if I didn’t the device would be running on empty before bed.

The main draw to the Samsung Galaxy Z Fold4, especially over its past versions, is the 50 MP main camera. The Z Fold3 only featured a 12 MP camera, so this is leaps and bounds better than the last one. Photos come out crisp and more clear with very little effort on the photographer’s part.

“The main draw to the Samsung Galaxy Z Fold4, especially over its past versions, is the 50 MP main camera.”

The telephoto lens now features a 3x optical zoom compared to the past 2x optical zoom, and is now 10MP instead of 12MP, though I couldn’t see a lot of change. Where I did notice a difference was with the inner selfie camera, which they have bumped from 10 MP in the Z Fold3, Z Fold2 and Fold, to 4 MP in the Samsung Galaxy Z Fold4. Every selfie with this lens looked almost glazed over, like I’d applied some awful filters—though not terrible on a bad skin day.

As for some questions I get about it regularly: Yes, you can see the fold, but that doesn’t bother me in the slightest. No, it doesn’t shatter when you drop it, trust me—though I did manage to scratch the front screen on this one inside my purse and haven’t done that in years. The keyboard can be made slightly taller on the front screen, but is still very narrow. The keyboard on the inner screen splits into two, one side for each thumb. It is a learning curve, but I actually kind of liked it!

All of this adds up to a smartphone that works, has some neat gimmicks and features, but doesn’t go above and beyond. I have been a Samsung girl for as long as I can remember, and I don’t usually expect a device to blow me away, I just expect them to work well and take some half decent photos. The Samsung Galaxy Z Fold4 smartphone does all of this admirably.

The foldable device is a lot of fun, but not entirely useful outside video watching (and maybe some Stardew Valley, that game works well), as I’ve said in my last few foldable reviews. The device could be great for some, but at the $2269.99 price point, I can’t justify the cost. If you’re comfortable with the price, and just diving into foldables, the Samsung Galaxy Z Fold4 smartphone could be a great device for you. If you are upgrading from the Z Fold3, unless the camera means the world to you, I wouldn’t say it is a worthwhile upgrade just yet.

The Samsung Galaxy Z Fold4 smartphone still plays off the novelty of a foldable screen. Though it operates well, and the camera is improved, it’s still not enough to justify the base cost, or an upgrade from the Z Fold3.
REVIEW SCORE
7
Buy Online
File Under: Samsung, Smartphone