Super RetroTRIO Plus 3-in-1 System Review

The Balance Between Modern and Authentic 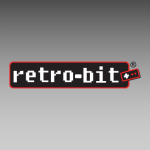 Has any period of video game history inspired more nostalgia than the early-to-mid-nineties? It’s partly due to where society currently stands on the Grand Wheel of Nostalgia, but there was just something particularly captivating about the 8- to 16-bit era, and the “Console Wars” between Nintendo and Sega. It’s no surprise, then, that interest in digging out those old systems rose—not unlike a loaf of sourdough bread—during the pandemic.

While the aesthetic of the era endures, the technology has not, and it grows more and more difficult to connect your old console to your new TV. This is where Retro-Bit comes in, with their 3-in-1 system, the Super RetroTRIO Plus.

As advertised, this affordable machine plays three platforms: NES, Super NES, and Sega Genesis. You can toggle between platforms with a sliding switch on the top of the system, and regions with a second switch inside the front panel.

You can also play games from other regions with this device, using that region switch. I was only able to test this with a Famicom game, which does require a separate adapter to compensate for the difference between Famicom and NES cart’s pins. However, Super Famicom cartridges work in the SNES slot without needing to pull a tab off your console, like “back in the day.” Just flip a switch under the front panel and get out your Japanese dictionary.

Speaking of the front panel, I was impressed with the Super RetroTRIO Plus’ design. It looks like a piece of 90s tech with a modern feel—like the way the panel clicks in to lock or unlock and pulls down to reveal the controller ports. Our parents could have had something similar in their home theatre cabinets thirty years ago, but it doesn’t look dated, and packs an HDMI port for upscaled 720p output. If you want pure authenticity, it also features composite video outputs for use with older TVs, just without the upscaling.

With this old-school mentality comes a pair of wired controllers. These take inspiration from the SNES’ gamepad and make NES games much more ergonomical. Granted, they are wired, which can feel like a step back in today’s Bluetooth age, but they come with generous 10’ cables to alleviate the inconvenience. This helps keep the Super RetroTRIO Plus in its low-price bracket.

(If you’re wary of this aspect, a wired controller isn’t such a bad idea in this context. I’ve used a similar product from a different company, and the Bluetooth controllers it came with felt like they were made back when the NES was new. They were incredibly short-ranged and lost their connection when my cat walked between me and the system—so at this price point, a wireless controller is more likely a curse than a blessing.)

If the included controllers aren’t to your liking, you can substitute another of Retro-Bit’s controllers, or even use the originals if you have them lying around. The front panel can accommodate up to two controllers for each console.

However, the packaged peripherals feel natural and responsive for games on all three systems, so hunting down authentic options need not be necessary. My only gripe with them is slight: you can’t remap the buttons, leading to some unusual configurations with NES or Genesis games. For instance, the A (right face) button on NES defaults to the Y (left face) button on the Retro-bit controller, essentially inverting your controls.

“The Super RetroTrio is an excellent means for playing older games on modern displays.”

Moving on to software, I found the Super RetroTRIO Plus’ output pretty great for the most part. For big screen TVs, it will depend somewhat on the quality of your display, as well as your own personal level of nitpicking, but I found the picture for all three platforms up to my standards. If anything, Genesis games looked a little distorted, but we can chalk this up to the quality of the original sprites as well. Nintendo and Super Nintendo games looked fantastic on both displays at my disposal.

I did notice one odd performance issue, where Sonic the Hedgehog 3 & Knuckles ran with considerable slowdown. The old “take out the cartridge and blow in it” trick corrected this, and I haven’t encountered it since, or on any other Genesis cart, so perhaps we can write that off as some kind of miscommunication with the “lock on technology” used by those carts. The only other serious issue I encountered was getting the console to play audio through my home entertainment center, which I bypassed by plugging directly into the TV instead.

You’ll also encounter any performance problems from the original carts, like the slowdown in Kirby’s Adventure, since this isn’t an emulation platform. Retro gaming comes with its share of warts, after all, and it’s part of the experience.

Lastly, I would have appreciated separating the system selection toggle and the power switch. As it is, you can plug a game into each platform’s slot and simply swap between them by using the toggle on the unit. This works fine, but being able to pick the system separately would assuage some concerns about booting the wrong cartridge, especially for NES games with pickier saving measures.

Though the Super RetroTRIO Plus has some minor foibles, it remains an excellent means for playing older games on modern displays. You could get one of the original consoles third-hand for the same price and still be left to struggle with outdated connections. While Nintendo Switch Online offers most of the core canon of first-party games for these three classic consoles, there are many others you can only legitimately experience with their original cartridges, and Retro-bit’s three-in-one solution makes it easier to break into this gaming niche, warts and all.

Retro-bit’s Super RetroTRIO Plus is a cost-effective route for those who want to play NES, SNES, or Genesis games on their modern TVs without too much hassle.
REVIEW SCORE
8
Buy Online
File Under: NES, Nintendo, Retro, Sega, Sega Genesis, SNES