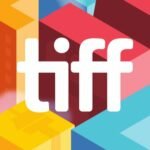 TIFF 2022 was no stranger to tough subject matter this year with the likes of Alice, Darling, Prisoner’s Daughter, Women Talking, The Son and The Whale making their big premieres. Among the drama genre was Causeway, a story about healing and moving forward directed by Lila Neugebauer and written by Luke Goebel, Ottessa Moshfegh, and Elizabeth Sanders.

Causeway introduces us to Lynsey (Jennifer Lawrence), a soldier recovering from a severe brain injury. She is sent back to her childhood home to stay with her mother (Linda Emond) to heal, but the army isn’t the only thing she is healing from. Along her journey she finds a friend, James (Brian Tyree Henry), who we learn is just as broken as she is but clearly has a big heart. The bond between them is instant, and they seem to be just what the other needs.

From there, the plot follows Lynsey on her journey to recovery, though we aren’t sure what that truly looks like for her. Her goal is to get clearance to redeploy, even though everyone around her, including her doctor, is questioning her. Though her body is healing, her mind is only focused on getting out.

“Causeway teeters on the edge of heartbreaking and heartwarming between the devastating backstories and newfound friendship in the film.”

Causeway has some slight twists and turns in the script. The storyline regarding her brother Justin (Russell Harvard) isn’t quite what it seems, and James’ backstory is left in the air for a portion of the film. For James, the secrecy eventually explains the emptiness behind his demeanour. For Lynsey’s brother, the way she speaks about Justin, it’s as though she has written off her past, like that whole period of her life is dead to her. When we learn the truth, it seems she wasn’t even aware of how far away she had pushed people.

Jennifer Lawrence brings her dramatic acting chops to the table in Causeway, but still has her quick wit and dry humour on full display. There are no soul-crushing monologues or breakdowns, but her character is sombre overall, with a sense of sadness in everything she does. Causeway teeters on the edge of heartbreaking and heartwarming between the devastating backstories and newfound friendship in the film.

Lawrence and Henry have an interesting, but not obvious, chemistry. They play off each other well, and very much come off like fast friends. Each excels at sharing their pain with subtlety, a skill I think is severely overlooked. With Causeway taking place in New Orleans, it’s like the setting is a character in itself at times. New Orleans has been faced with disaster so many times, constantly being rebuilt time and time again. A fitting home for both our characters, learning to start their lives over again.

What stood out most to me was how Neugebauer managed to bring these two characters to life without an excess of drama. Many of the films at TIFF 2022 were knock-out tearjerkers, but each climaxed with power speeches, actions or moments. Causeway doesn’t really have that.

Aside from an argument, we are mostly just watching Lynsey and James on their journey to find peace within themselves. Most of the struggles are internal, and even though the traumas were big, the reactions are subdued in a way. Causeway brought to screen what it looks like when people are just trying to get through life, just trying to get by. A look at a side of trauma we rarely see on screen.

Jennifer Lawrence and Brian Tyree Henry make a great duo in Causeway, playing new friends with shared experiences of loss and pain. Though not the most climatic film to come out of TIFF 2022, Causeway is an interesting look at pain and trauma that isn’t as noticeable on the outside as some would expect. A look at the subtler side of trauma, Causeway is an excellent story about people trying to move forward.

Friendship and trauma were themes at TIFF this year, and Causeway brings a unique take on what pain and suffering should look like with subdued but standout performances all around.
REVIEW SCORE
7.5
File Under: Causeway, TIFF 2022