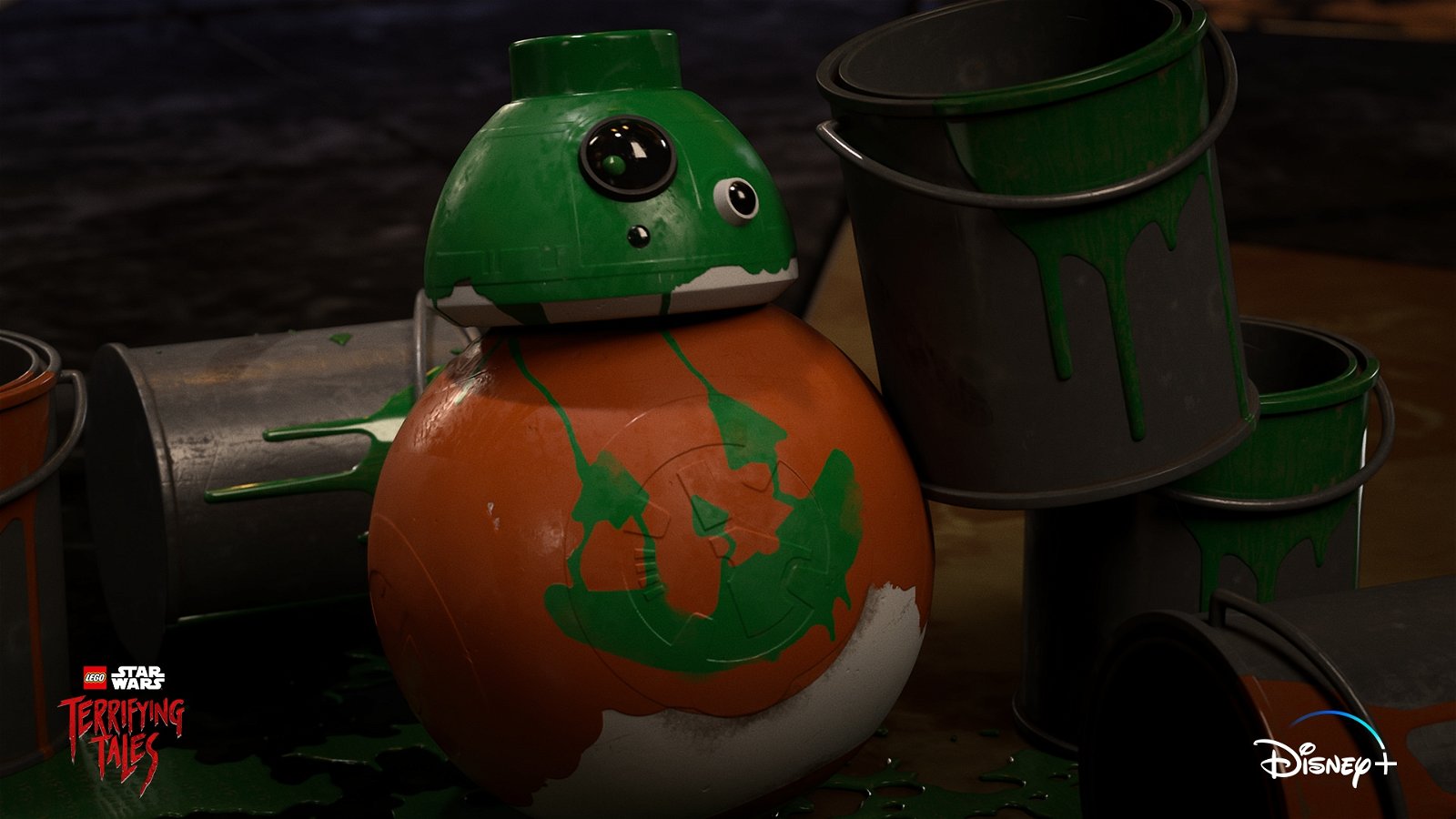 LEGO and Lucasfilm have joined forces again for another seasonal special from a galaxy far, far away with LEGO Star Wars: Terrifying Tales, following up on last year’s Holiday Special. This time around the real-world influence is much more subdued, unlike its predecessor’s Into the Spider-Verse-style hijinks. However, the “terror” is also subdued, as this spooky season special is more about the series’ villains than traditional spookiness.

Terrifying Tales features Poe Dameron (Jake Green), who has crash-landed on Mustafar sometime after The Rise of Skywalker. He seeks aid at Vader’s Castle, which is now under the management of Grabulla the Hutt (Dana Snyder). Jabba’s cousin is converting the castle into the galaxy’s first Sith-themed hotel. However, its former tenant, Vaneé (Tony Hale), has plans for the dark side relics still in its basement, and Poe will find getting off Mustafar won’t be so easy.

The spooky tales themselves are three stories told by Vaneé. The first focuses on Ben Solo as he encounters the Knights of Ren. The second story pits Darth Maul against General Grevious, while the third is like an episode of Marvel’s What If in its own right, where Luke joins the Empire and is taken under Vader’s wing. Vaneé unreliability as a narrator becomes apparent by the end, as he reveals his sinister plan, and focus shifts to Poe’s escape from Mustafar.

Like other LEGO Star Wars content, kids will get a laugh out of the antics, and they shouldn’t be taken too seriously. I appreciated that the fourth wall stayed more intact than in last year’s Holiday Special, especially when it comes to the reason for the season. Marketing paints this as a Halloween event, but no in-universe equivalent was shoved in, thankfully.

Granted, this means there isn’t much Halloween in the Halloween special, aside from BB-8 rolling in paint and looking like a pumpkin. There are, however, some nice nods to horror conventions—in particular, some well-used The Shining allusions.

As fun as it is, most of the content is somewhat forgettable for older fans. It’s great to see a version of Ren, the eponymous leader of the Knights of Ren, on the screen—played by Christian Slater, a great get—but it’s also a strange place to debut such a pivotal moment for those fans who watch Star Wars shows on Disney+ but don’t dip into books or comics. Ben Solo’s fall was truly told in the great Marvel Comics miniseries The Rise of Kylo Ren, but the LEGO version totally undercuts it. Terrifying Tales introduces Ren like he’s the cool rebel in a John Hughes film.

“It’s great to see a version of Ren, the eponymous leader of the Knights of Ren, on the screen…”

The most compelling moment actually came at the special’s climax, when Poe has to give an inspiring speech to Dean (Raphael Alejandro), the child mechanic. My daughter is the sensitive type who looks away whenever the bad guy seems triumphant, so I was wondering if it was worth showing her this special. However, Poe’s speech about fear and courage at the end is worthy of the Star Wars Hall of Fame For Inspiring Morals.

Aside from this, Snyder’s performance as Grabulla was a highlight. I didn’t know I needed the voice of Master Shake as a Hutt, and I think the slug gangsters are generally overused in the current canon, but this is perfect casting.

LEGO Star Wars: Terrifying Tales should entertain young fans as it explores fear and the dark side—without shoehorning Halloween directly into the universe. 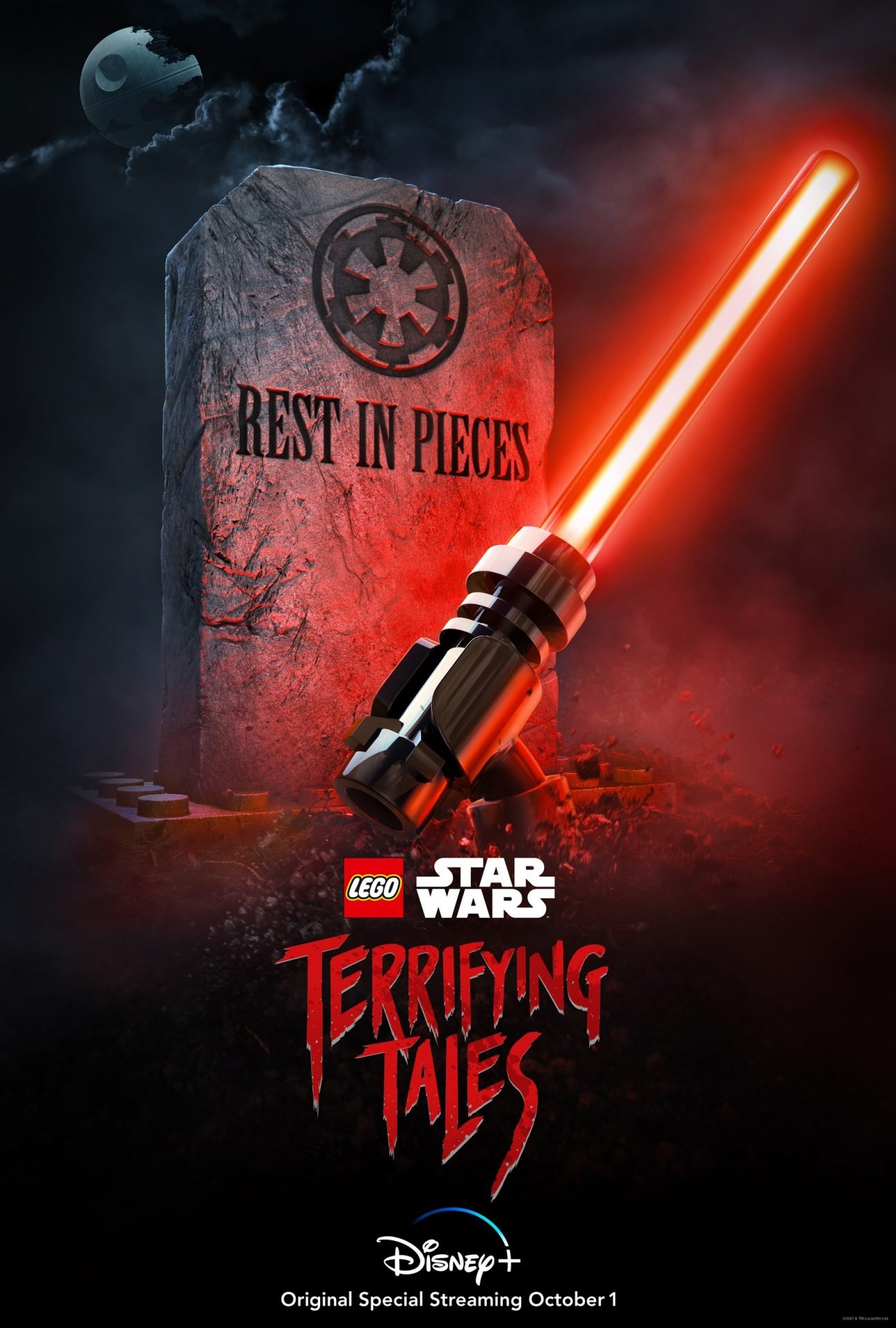