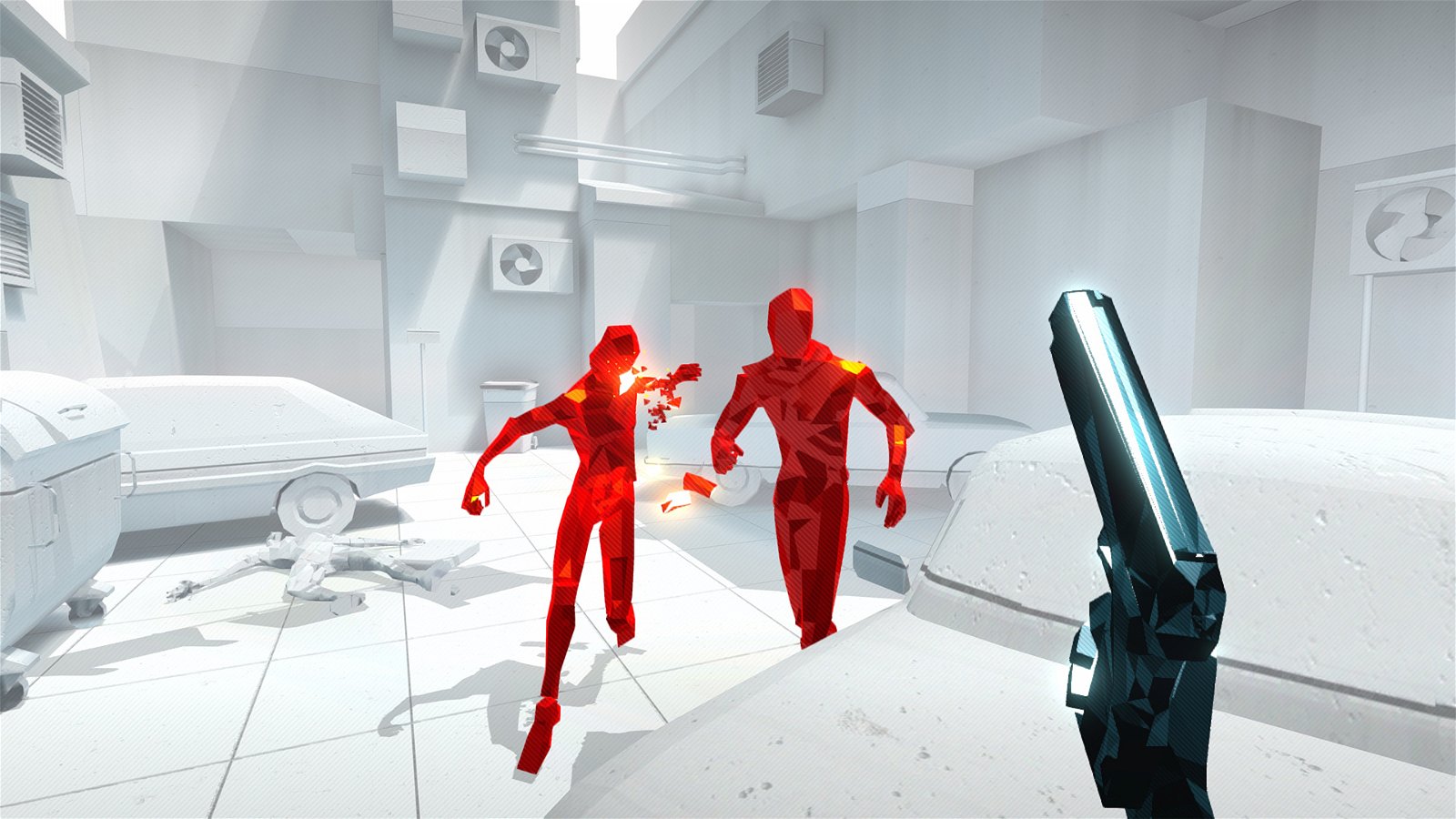 There are two things I love about SUPERHOT. The first is that I can take a toilet break in the middle of a bullet-strewn firefight without having to pause the game. The second is that it consistently makes me look like a badass John Wick-esque combatant in replays of all my shootouts, even when my actual combat style played out more like a slow, clumsy series of trial and error attempts.

If you’ve seen anything of SUPERHOT before (it’s been out on PC and Xbox One for some time now), you’ll already know exactly what I’m talking about. If not, the elevator pitch is this: it’s a first-person shooter in which time moves only when you do. That brilliant yet easy to understand concept is SUPERHOT’s driving USP—the flame that ignites the gameplay with flair and flavour. Every move you make—every bullet fired, every punch thrown—is a strategic choice that can determine success or failure, but these puzzle game elements only enhance the thrilling grip of the simple but finessed moment-to-moment combat, which echoes the improvisational ballet of The Matrix or The Raid with confident aplomb.

Unfortunately, conveniently named dev studio SUPERHOT Team shoots itself in the foot by frequently shelving its greatest asset to focus on a meta-narrative that’s both obtuse and obtrusive, too often getting in the way of a core gameplay idea that should have been kept front and centre of the entire experience.

This problem is a byproduct of SUPERHOT’s wider issue of brevity. Though priced at $25, the game can be completed in around two to three hours, an unfortunate amount of which is spent trawling through fake chat rooms, wandering empty spaces, and navigating intentionally awkward menus. As a post-modern meta-fable about our obsession with technology and digital immersion, SUPERHOT’s story isn’t meritless, but as soon as more exposition or symbolic imagery took over the screen, all I wanted to do was get back into the slo-mo skirmishes and stylised gameplay that the game has become rightly famous for.

It’s been said that the best criticism you can give of a game is that you were left wanting more of it, and that’s entirely true of SuUPERHOT. By routinely withholding its best card in favour of non-interactive sequences of narrative meandering, Superhot doesn’t let the promise of its central mechanic speak for itself. Even so, once you’re dodging bullets and chucking katana, you’ll be hard pressed to find a more unique and compelling FPS experience this year.