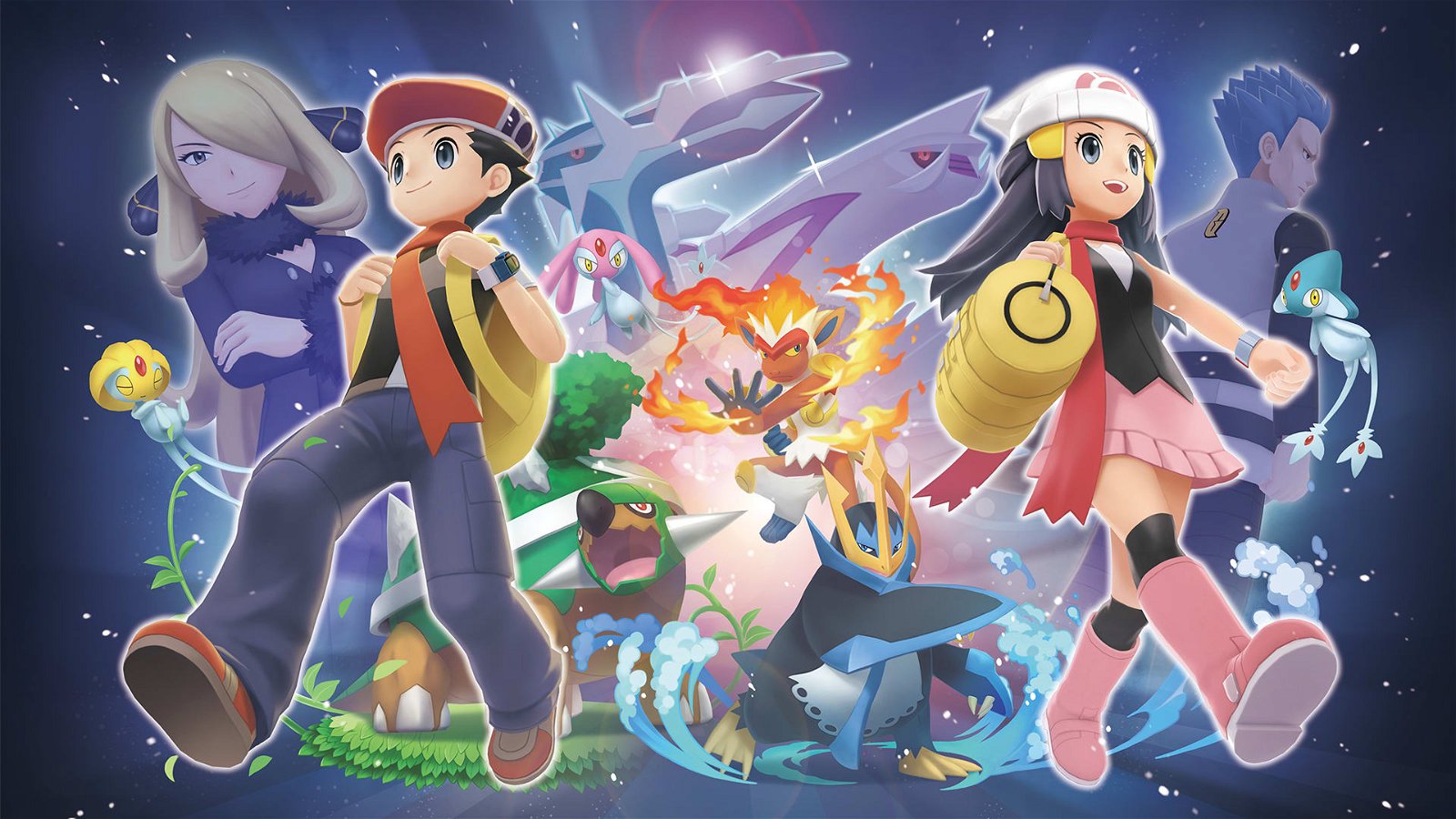 Pokémon Brilliant Diamond and Shining Pearl are out now, remaking the Sinnoh region for a new console. Here are our picks for the top critters from the series’ fourth generation.

When Pokémon Diamond and Pearl launched in September 2006, they represented the biggest leap forward for the franchise since its inception. The Nintendo DS offered plenty of new technology for Game Freak to experiment with, from the dual screens and improved graphical capabilities, to touch inputs and network capabilities.

Along with the mechanical evolution, 107 new capturable critters joined the fray, expanding the National Pokédex to 493 total entries. With the same lineup featured in ILCA’s new remakes Pokémon Brilliant Diamond and Shining Pearl, let’s take a look at the strongest new contenders which debuted in the Sinnoh region, which may make your foray into the remakes a little easier.

(A caveat: we’re only looking at non-legendary, non-mythic Pokémon for this list, or else Arceus and Darkrai would run away with the whole thing.)

Diamond and Pearl introduced a host of new evolutionary stages for Pokémon that debuted in previous games—a whopping 29, in fact, or about a quarter of the newcomers. Two of the biggest standouts, however, were both evolutions of Eevee, the series’ unofficial second mascot. By levelling up an Eevee in certain locations, it could become either the Grass-type Leafeon or the Ice-type Glaceon, further diversifying options for dedicated Eevee fans.

Tied for first place among Eevee’s forms for the highest Special Attack stats, Glaceon is a potent counter for Sinnoh’s prevalent Dragon types (including another infamous inclusion on this list). Meanwhile, Leafeon is one of the tankiest forms, with the highest Defense stat in the family line, and will see lots of use against water-types.

The only caveat, however, is that Eevee can’t be obtained in Pokémon Brilliant Diamond and Shining Pearl until the end of the main story, much like the original DS games. You’ll have to see all 150 Pokémon in the Sinnoh Dex and receive the National Dex before you can receive an Eevee from a visitor in Hearthome City, or at a low rate in the Trophy Garden. So without trading with other players, or waiting for Pokémon Home compatibility, you won’t be able to obtain either form until the postgame.

Dubbed the Most Popular Gen IV Pokémon (and 2nd most popular overall) in an official poll last year, the Fighting/Steel-type Lucario was a breakout star from Diamond and Pearl who even made the jump into Super Smash Bros. Brawl two years later.

As in the original game, Lucario can be obtained in Pokémon Brilliant Diamond and Shining Pearl after beating Fantina in the Hearthome Gym and gaining access to Surf. You must Surf to Canalave City and take a ship to the Iron Island, where you’ll meet a trainer named Riley and help him deal with some Team Galactic thugs. As a reward for helping him, he’ll give you an egg containing a Riolu, who evolves into Lucario once you’ve raised its friendship level.

While it’s a personal favourite, Lucario is something of a glass cannon. You’ll want to use it to hit hard and fast; it has many type resistances, but if hit by one of its weaknesses (Fire, Ground, or Fighting, its own main type!), its defensive stats are wanting.

Back in 2006, the Fairy type did not yet exist, and its inclusion will surely cause waves in Pokémon Brilliant Diamond and Shining Pearl. With Glaceon not obtainable until the postgame, and Eevee’s Fairy evolution Sylveon missing altogether, Togekiss’ considerable stock should rise even higher for the remakes as a potent counter to #1 on our list.

You’ll receive an Egg during the course of the game which contains a Togepi. Raise its friendship to evolve it into Togetic, then use a Shiny Stone on it to spur its evolution into the Fairy/Flying-type Togekiss. With its unique typing and varied move access, it can be a thorn in the side of Dragon-types, and makes a good counter to Barry’s starter if you chose Piplup.

Speaking of starters, your very first companion in Pokémon Brilliant Diamond and Shining Pearl can be your very best ally. The Sinnoh trio—Turtwig, Chimchar, and Piplup—are very well-rounded as they evolve and gain second types. Turtwig becomes the tanky Grass/Ground Torterra, Chimchar becomes the brawling Fire/Fighting Infernape, and Piplup bulks up to become the highly-resistant Water/Steel Empoleon.

Unless you’re a monster who neglects their first lil buddy, whoever you choose from Rowan’s briefcase in the game’s opening is likely to be with you for the long haul, straight through the Championship. You’ll have to actively try to prevent it from evolving to its final form in the mid-30s, and will almost certainly have a high Friendship score without much effort. This starter trio is one of the best in the series, and they’ll be an indisputable boon to your team.

Just make sure to plan a counter for Barry’s starter, who will be the Pokémon with an advantage over your own; if they’re strong allies, they’ll also be fearsome opponents.

I’ve alluded to it already, but even in Pokémon Brilliant Diamond and Shining Pearl, the undisputed champion of this list is the Dragon/Ground-type Garchomp. This beast has ended countless championship attempts over the last 15 years, as the crown jewel in Champion Cynthia’s roster. It’s bulkier than Lucario yet still fast. Its abilities either initiate a sandstorm or hurt your Pokémon if they use a physical move on it. Its stats are so high, it’s deemed a “pseudo-legendary” alongside the likes of Dragonite, Salamence, and Metagross. It’s a terrifying opponent.

That being said, it’s not without flaws. It has a quadruple weakness to Ice—which almost earned Abomasnow a position on this list—and Togekiss is immune to many of its moves while having great Fairy moves to retaliate. However, one of the best unlikely counters for this dragon of death is the adorable Azumarill, who now has a big advantage with the addition of Fairy-types.

If you want to add your own to your team in Pokémon Brilliant Diamond and Shining Pearl, seek out the Wayward Cave beneath the Cycling Road after you gain the Strength TM, where its pre-evolved form Gible can be found. Gible evolves into Gabite at level 24 and then into Garchomp at level 48.

With the original 493 Pokémon returning for the remakes, Pokémon Brilliant Diamond and Shining Pearl are sure to be a trip down memory lane for veterans, or a glimpse into the way things used to be for newer trainers. Whatever your main party ends up being, enjoy your time in the new Sinnoh before we return to its ancient past this January with Pokémon Legends: Arceus.