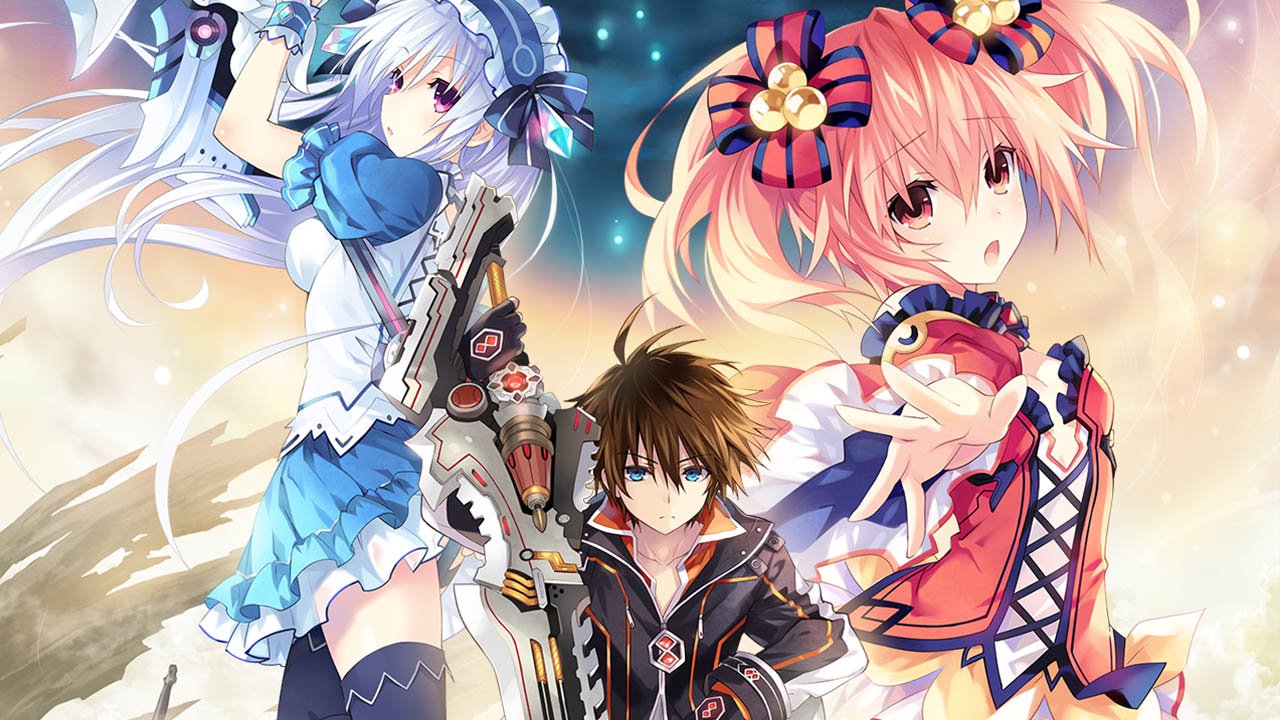 The JRPG is in an exciting phase of transition, but don’t tell Compile Heart. While Square Enix continues to reinvent the wheel with games like Final Fantasy XV and the upcoming NieR: Automata, and Atlus doubles down on perfecting old-school cool with Shin Megami Tensei and Etrian Odyssey, Compile Heart is largely content on repeating the same sort of game they’ve made for the past decade or so. Despite some promise in upcoming releases like Dark Rose Valkyrie, the PC re-release of Fairy Fencer F: Advent Dark Force reminds me to keep my expectations in check.

Because, despite trying my damnedest to find something positive, there’s nothing but monotony, repetition, and a bit of suffering to be found in this resoundingly awful JRPG.

Connoisseurs of bad anime and anime-related games will feel right at home in this game’s hollow narrative. Players take on the role of an insufferable protagonist who’s the reluctant master of a spunky girl, who just so happens to also be a sword. She tells the protagonist he needs to go on a quest, he says he doesn’t want to and would rather laze around, she makes him go anyway, and that’s about it. There’s some world-building about a dark force and light force being sealed into stone, some ancillary background stuff about a giant corporation, a bit about four legendary kings, etc. It’s all a lot of generic drivel, though, and doesn’t add anything of real substance to the vanilla plot.

The core narrative—featuring a crybaby edgelord and the women who can’t help but fall all over him—is the real focus here. And it’s a bad one, punctuated by unfunny humour, characters that might as well be named Aloof One/Sultry One/Brash One for all the depth they have, and a healthy smattering of Compile Heart’s bold blend of normalized misogyny. Even by the very low standards of the Platinum Dunes of JRPG production, Fairy Fencer F’s narrative is patently awful, and even made me doze off a few times.

But somehow, actually playing the game manages to be worse than slogging through the text boxes and visuals that are a 13-year-old’s idea of “sexy.” Fairy Fencer F basically copy-and-pastes the gameplay from some Hyperdimension Neptunia titles (the Re:Birth entries, in particular,) and doesn’t expand upon it in any major way. Battles take place in a circle where players run around during each turn, positioning themselves for attacks. Once they attack enough, they can build up a special transformation, from which they can launch a special attack. Outside of battle, swapping out “Furies” (demons and fairies, basically) can buff the party and give them an advantage in battle.

It’s all pretty cut and dry, really, and I suspect only the most starved of JRPG fans will find something to genuinely love here. Speaking as a lover of JRPGs, though, the gameplay is anything but impressive to me. Playing Fairy Fencer F feels like a chore, as opposed to something with which players are actively engaging. The whole sad, sorry affair blends together into one homogenous blur, hamstrung by dungeons more linear the worst of Final Fantasy XIII’s corridors. Not helping matters is how easy the game is—I found myself past the halfway point of the narrative in a little less than four hours, having never gotten close to encountering a “game over” screen. This was on Normal, mind you, so one can only imagine how soft the two (!) easier difficulty levels are. While it presents a marginal challenge, that challenge really only means that players may have to heal once or twice during a battle.

Fairy Fencer F also houses an ugly art direction as generic as the narrative. It smacks of cynical focus testing conducted by otaku, coldly produced in an unfeeling attempt to sell body pillows of the moe characters and their heaving bosoms. The dungeons are the same sort of environments we’ve been exploring since 16-bit games, rendered with unsightly textures and samey design choices. The focus is clearly meant to be on the characters and not on anything else around them.

One might find it hard to focus on the game, however, when playing this PC port. While the framerate and manoeuvrability of this version is fine, Fairy Fencer F has a tendency to hard crash at random intervals. Unable to figure out what was exactly causing these crashes, I found myself at the mercy of the game deciding whether or not it wanted to stop. As anyone who’s played a JRPG before can attest to, these sorts of games will often only allow saving at certain points. Imagine, then, getting halfway through a dungeon only for the game to up and quit, or to forget saving for an hour before getting punted out of the game by a random crash. It’s a frustrating issue, to say the very least, and makes an already unfun game even less compelling to play.

I always go into games hoping to see the best in them. As anyone will tell you, I’m a pretty forgivable guy when it comes to silly anime tropes and fan service. Yet I can’t see any real good in this title. That earlier Platinum Dunes comparison when talking about Fairy Fencer F: Advent Dark Force was intended in all sincerity. With this title, Compile Heart has proven to be the Michael Bay of JRPGs. A corporate production house putting out a uniform product pitched squarely at the most gullible of consumers, never bothering to innovate or expand on the medium. Characters are walking tropes, their visuals almost a uniform eyesore, and the gameplay merely rehashes both other titles and their own previous work.

Much like sane humans should skip out on Transformers to see an actual good movie, RPG fans are better off looking to other titles than suffer through Fairy Fencer F: Advent Dark Force.

With Fairy Fencer F: Advent Dark Force, Compile Heart has proven to be the Platinum Dunes of otaku entertainment – an assembly line of titles with similar plots, repeated mechanics, and fan service that feels designed for middle schoolers. 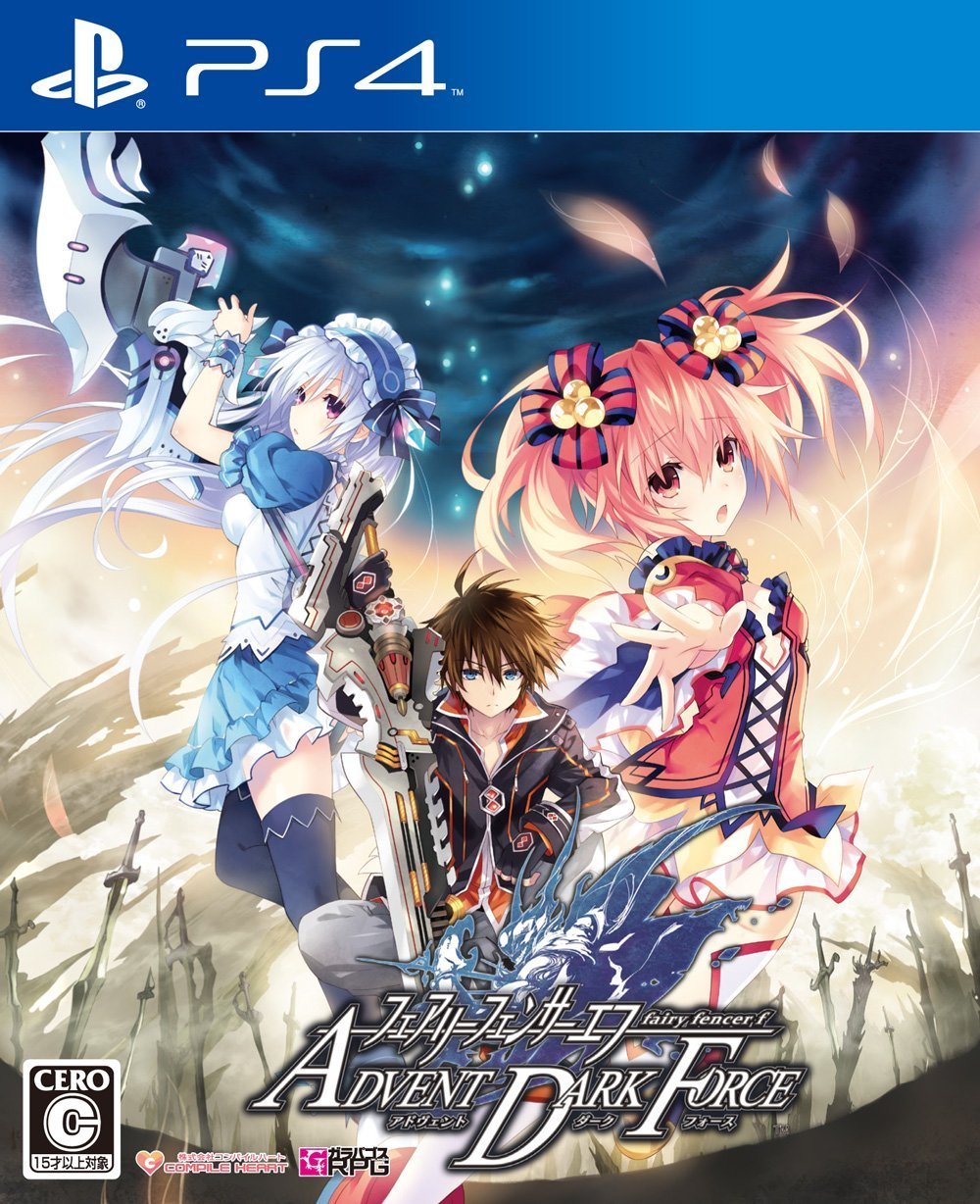