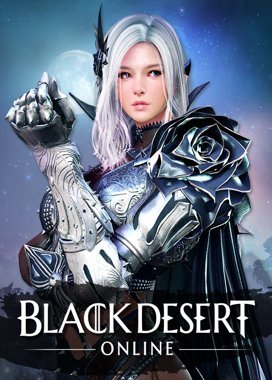 Note: This review is after a week of play, and does not reflect the entirety of the game’s content. As MMOs are huge, and this one in particular has a lot to do.

As I write this review, my sorceress, complete with fire-red eyelashes, hair, and ruddy skin, sleeps in a bed in her home. And no, I didn’t purchase the in-game lingerie, because clearly y’all were thinking it (although whatever people want to do with their game is their own business. Just be aware that your character looks at the camera when you pan around him or her. They know.). Leaving it idle, I regain energy at double the normal rate every three minutes, as opposed to every 30 when logged off. Yes, this game encourages you to idle in the game, to better regain energy that is used for its overwhelming myriad of tasks beyond combat.

Black Desert Online, hyped for its visuals and character creation, is a much more complex game than that. It’s almost overwhelming in the sheer mundanity of what you can do beyond just murdering imps, and I’ve barely been able to press onward due to just having so many quests to do.

And I love it.

MMOs thrive on quest density, and suffer due to how repetitive the game has to be to manage this. Mobs of enemies fill the map and these games start to become stale when you’ve killed the same cluster of bears in several different areas. It’s a persistent problem that eventually crops up with any game of its kind. The solutions I’ve found are twofold—either make fighting the enemies more dynamic and involved (such as Tera attempted to do, to the detriment of everything else), or give a lot of other things to do (Guild Wars 2, where you have a wide variety of actions you can perform as well as combat). Black Desert Online seems to do both, but takes it to an extreme that we haven’t seen since the earliest days of MMOs.

The world of Black Desert is a complex set of systems that encourages investment from the player. Quest areas, such as farms and cities, don’t just provide more things for you to kill—they also have plots capable of supporting buildings and workers. There are two resources that govern this. The first is energy, which is used for nearly everything non-combat. Gathering resources, trading, building things, enhancing one’s chances, or even discussing certain topics with NPCs requires this. Secondly, players have Contribution points, earned through quests, which allow them in to activate nodes and invest energy and time into them. Renting buildings and hiring workers allows you to farm resources without doing it yourself, producing items and food items so you don’t have to spend energy for it.

It may sound boring—Ultima Online boasted players being able to build shelves and other decorative objects rather than combat, or simply farming or trading. MMOs dropped this fairly quickly, focusing solely on combat, and there has been a clamour for more immersive non-combat experiences. Black Desert provided that.

I spent tons of time trading—using a wagon to carry trade goods, dodging bandits to protect my precious supply of wishing kites or ogre excrement (yes, that’s a trade item). Running from towns and selling the devices, checking prices, and automatically travelling the distance actually turned out to be far more fun than I would expect of waiting, as there is no fast-travel. You have to cross the entire distance, though you can set waypoints that follow roads between points. I generally managed my workers while travelling or checked my storage and rented buildings, organizing which served as extra storage or as businesses to produce crafting and trading materials. You can, of course, play the rest of game while doing this. The world is absolutely huge—only a part of the map is accessible now (interestingly enough, not the part that includes the desert, which will be available later). And there are a LOT of quests—tons of daily repeatable quests, and just quests in general, that give you experience towards the many different aspects of your character.

Fortunately, combat is strong, dynamic, and entertaining in Black Desert. I played a Sorceress, one who uses dark magic in melee, with raising slashes and bolts of darkness. All the combat manoeuvres save a scarce few use the keys surrounding WASD, such as E or F, making combinations fluid and quick to pull off even without a keypad. Hordes of enemies gather around you as you make your way along, dodging back and forth to avoid crippling smashes. Weaving through a crowd of enemies, tearing them apart, then charging up a giant bolt of darkness to obliterate them was exactly what I signed on for. The enemy designs are distinctive, though they hit all of the fantasy staples.

“There will always be more to do in the Black Desert.”

It looks great, though, even on low graphical settings. Your character has a sheen of water after emerging from a river, and the armour and character designs are fantastic. The racial and gender limitations of various classes don’t bother me at all, as each class is a distinct design and personality that comes through.

Synergy is the operative word in this game. You get XP for combat skills, XP for levels, Energy from unlocking knowledge in the game’s extensive collection of lore snippets (quite a few named characters have short background blurbs. When you’re waiting for you energy to come back, you can fight—if you get bored of that, you can fish. You can even leave the game on and not feel like you’re wasting time as you regain energy faster. The incentive to leave it on at all times is strange to me—it smacks of Eve, where you played the game in the background while doing other things—but it’s nice to see something that rewards you if you just idle, so players don’t feel pressured to get up and eat or walk around once in a while.

The voice acting is, in a word, terrible—delivery is inconsistent and forced, and some of it is downright laughable. Hearing a soldier mutter his lines so that they could barely be heard made me glad there were subtitles. The translation from Korean isn’t stellar, either, with “on the Improve” and other such awkward translations dotting the game.

The biggest issue for me is how dense the complexity makes the game. Crafting, particularly cooking, requires a lot of experimentation or wiki-diving, and finding out the game’s systems isn’t always represented, even in the quests. There are always quests that give you reasons to gather or play the many mini-games—moving a wheel-barrow requires you keep a cursor in between two points, and the fishing system is actually rather fun.

Like many MMO launches, this one had its issues—-mostly lying in difficulty redeeming preorder items, but there is a persistent spawning bug that made some quests unbeatable, where enemies would not reappear, leaving empty areas without foes to fight. They eventually reappear, but it needs to be fixed, as we all share a world. I found that competition for spawns wasn’t too bad without the bug—you don’t get quest credit or drops if someone ‘tags’ a foe, but you still get combat XP for fighting if you kill an enemy someone has already engaged.

There are whole sections of the map I have not explored yet, and more that will be unlocked in further expansions. I am still playing, which is always a key for games, and will be reporting more when I hit end-game and see what’s available. There will always be more to do in the Black Desert.

The Reviewer did not redeem the item/horse package that was given with the review copy until AFTER the review was written. All experiences written within this review were without the aforementioned bonus content.

Black Desert Online, hyped for its visuals and character creation, is a much more complex game than that.
REVIEW SCORE
8.5
File Under: MMO, RPG