Mercy to the Mad 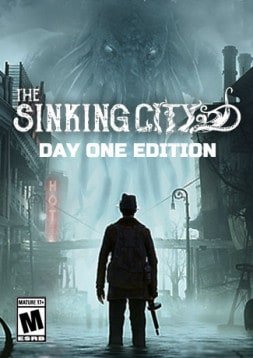 Rarely does cosmic horror work in video games, but sometimes an exception like The Sinking City comes along and nails the themes perfectly. It’s slow, unnerving terror sinks its teeth into you, sometimes literally, and forces you to fight for every clue in what is a finely crafted batch of mysteries. Its technically rough, and its supporting mechanics leave much to be desired, but its ambition ensures that as rocky as it may be, The Sinking City is worth diving deep into.

The Sinking City opens with former war veteran and private investigator Charles W. Reed arriving on the city of Oakmont, Massachusetts. Nightmares and visions plague him, and conventional cures have not worked, which is why Reed heads for the city unmarked on any map after he hears tales of those with similar afflictions living there. What follows is standard Lovecraftian horror — occult rituals, dark pacts, and a deep dive off the crumbling cliff that is sanity — coupled with investigations into the underbelly of what makes this city tick and how it relates to you.

What a city it is. Oakmont itself has seen better days, as a catastrophic flood has torn up much of the New England architecture and replaced it with whale carcasses, unnatural green stone, and creatures known as Wylebeasts that are as terrifying as they are hungry for blood. Divided into districts, there’s not a street that goes by without some unsettling element creeping into the background that makes it clear just how wrong Oakmont is. In Oldgrove, where the upper class speaks of bloodlines and legacy, ritualistic symbols are drawn on the back of houses while cars lie abandoned on the road. In The Shell, poor fisherman and fish-faced refugees from Innsmouth walk shoulder to shoulder down narrow alleys as a blood-soaked preacher shouts from a soapbox. Not all of it works as well as it should, as that aforementioned preacher is completely silent, but it makes everything that much more unsettling more often than not.

Oakmont is an island that is overflowing with cults, cultists, and people who accept the presence of those two elements because that’s just the way things are. Oakmont is hostile, not only in terms of monsters and locales, but in its officials, families, and laymen, who view each newcomer as an intruder upon the natural order. But those folks are the better ones; it’s the ones who play nice that are more often than not the ones who stab you in the back, or more appropriately, slit your throat as an offering to a long-dead god. Frogwares wisely decides to let you fill in the blanks for many of the characters and backgrounds, leaving you to pick up the pieces on these corrupted and often shattered lives.

Amidst this atmosphere, Reed takes on cases that force him to contend with those same inhabitants as they wheel and deal for prime positioning amongst themselves as the world ends. Much of the time, you’ll be travelling from location to location as you gather clues and make deductions as to what exactly is happening. There is rarely a guide here, as The Sinking City places the onus of uncovering where to go and what to do next entirely on your shoulders. If you must search for a victim’s apartment, you must find some means of learning that information. For example, I could bribe a local down at the bar with some spare bullets, call in a favour from someone who I’ve previously helped, or travel to the police station and rummage through the archives for the address.

Evidence collection is straightforward, in that you walk around each building searching for objects to click on that will hopefully provide clues. The exception lies in Reed’s special talents. His nightmares and earlier experiences have given him the supernatural ability to reconstruct crime scenes within his mind at the cost of sanity. Viewing an object in this manner could show what the victim or perpetrator was doing at a specific moment, granting additional clues that could prove instrumental to a case. Of course, witnessing these disturbing scenes will take a toll on Reed’s mental health, and the lower the sanity goes, the more those hallucinations start to affect the world and his actual physical health. I’ll admit, these caught me off guard more times than I’d like, but you can anticipate their arrival the more you play, to the point where they are easily manageable.

The Sinking City truly shines when it comes time to put all the pieces together and interpret all of the evidence. Many of the cases you take, though not all, leave the conclusion open to interpretation at the end, with no obvious solution in sight. You must make that choice, and live the consequences of what comes next. Missing a circumstantial clue could be the difference between assisting the machinations of a sinister cult or inadvertently condemning an innocent man to death. While the overarching story won’t be terribly affected by some of the choices, because you’ve had to do so much of the legwork in solving these cases, these decisions have more impact than they normally would.

Take, for example, a case involving a stolen mirror. I learned that a child’s soul was trapped within the mirror for decades, and now his brother and mother were each searching and competing to acquire it before the other. Unbeknownst to me, I had neglected to pick up a book that explained the ritual for recovering the soul. When I encountered the mad mother, I complied with her request to smash the mirror to pieces because the evidence I gathered led me to believe that doing so would free the child. Reporting the results to the brother, who originally hired me, I discovered that in smashing the mirror, I had doomed the soul forever.

Nothing you choose is going to make things better. Everything in The Sinking City comes at a cost. With no morality meter or guidelines with how to operate, you have to forge a code and try to follow it as best as you can in order to try and get the results you want. Sometimes you won’t, or sometimes you’ll have to make a sacrifice and betray your ideas because that’s what you must do. I have condemned innocent people to death, murdered dozens through my desire to root out a cult, and more, all because those options were better than the alternative. Frogwares has long known how to make compelling mysteries, and that expertise is put to great use here.

As to whether those mysteries work well against the backdrop of cosmic horror, it is certainly better than it could have been. For all the leads you chase and suspects you interrogate, you must also go toe-to-toe with Wylebeasts using guns, a spade, and a small number of grenades and traps. The monsters look unsettling, but they become much less of a threat when you can fire a shotgun into its chest to put it down. Combat is simple, being very much a case of function over quality. Don’t expect tight controls or interesting mechanics: you shoot a monster or person, it dies, and you move on to the next. It’s difficult to be scared of fighting after the first five hours, at which point you will easily earn enough skill points and crafting material that you will almost always pack more heat than is needed to survive a fight.

But when you can’t fight back, the The Sinking City is terrifying. Running and hiding from gigantic things that you do not want to confront gets the adrenaline flowing. Each of the dives underwater is memorable for this very reason – you move slower, can’t kill anything with the harpoon or flares you have, and are completely out of your element while everything down below is a master. I wish more moments aboveground could be like that because it isn’t long before Oakmont loses its sense of surprise due to the reuse of similar assets in building after building.

It’s also not helped by the exploration of the city itself. That’s not to say Oakmont isn’t interesting to journey through, as it never stops being unsettling at its worst, only that it’s all too difficult to appreciate it when you walk down the street and have frames drop every few steps. Or you enter a building and it sharp cuts to a black loading screen for several seconds. Maybe a person or two or eight will pop in next to you when you turn the camera around. Try to access the menu and sometimes it freezes, unsure as to whether it will give up or acquiesce to your request to look at the map. The Sinking City struggles to carry the weight of its ambition, faltering at nearly every step along the path, though it perseveres through it all the same.

Yet I can look past those flaws. In Oakmont and its denizens, Frogwares has crafted a world that is full of questions that they know should be best left unanswered. Few are the video games that do cosmic horror well, and fewer still are the ones that have mysteries that are as stimulating as the ones here. If you want to start your summer off with a game that is gripping and worthy of your time, The Sinking City is a great choice.