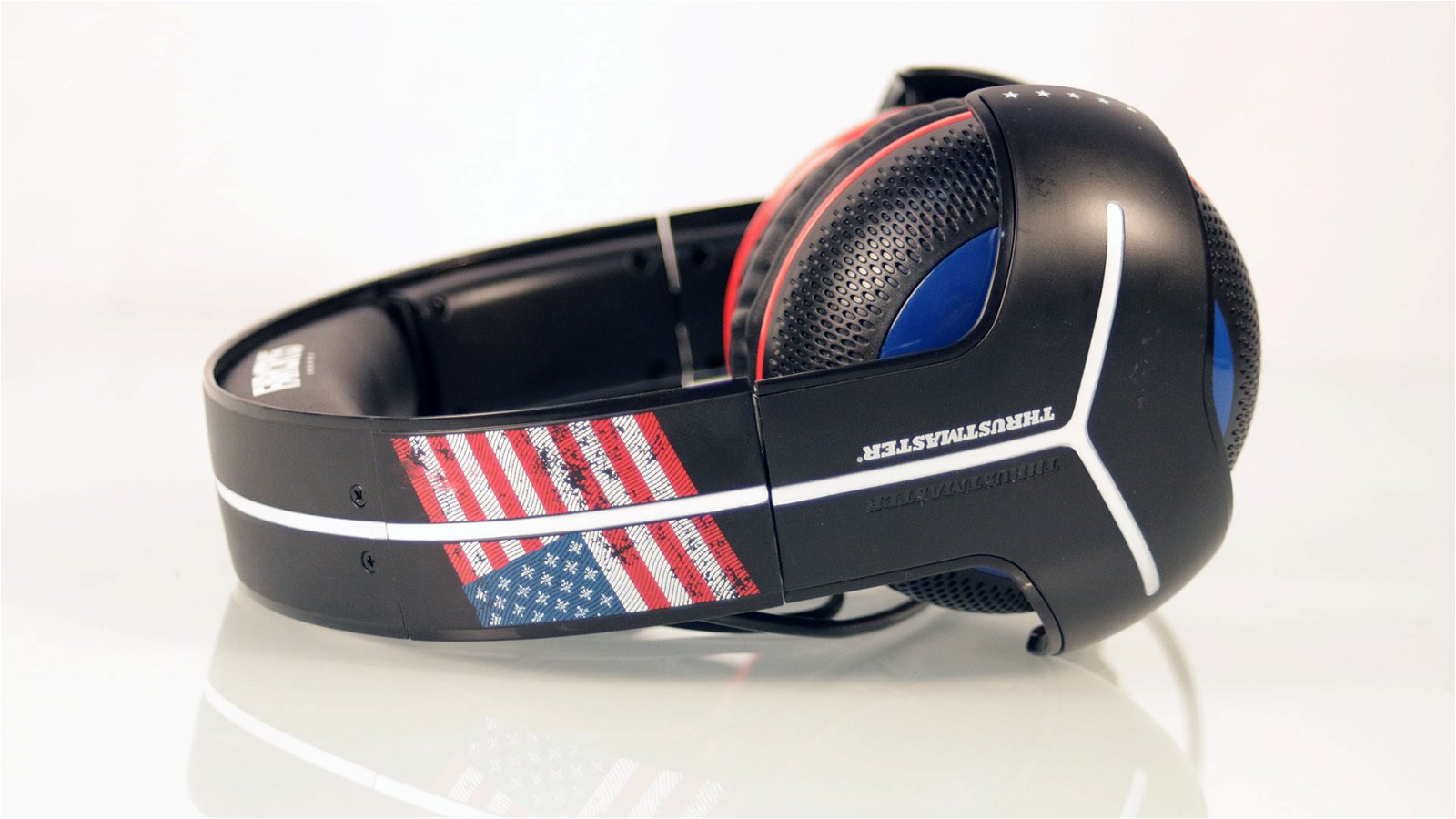 The gaming headset market is full of brands utilizing flashy colours and design in order to stand out from their competitors. This is a strange phenomenon given that sound and comfort should, in theory, be the most important part of a headset experience. Case in point, the Far Cry 5 edition Thrustmaster Y-300CPX Over-Ear Headset, which are visually striking, loud, customizable and lacking in depth.

Straight out of the box, the Thrustmaster Y-300’s give you lots of options in terms of how you want to listen. You can opt to just have a simple headphone configuration with no volume control, or you can hook up the included attachment which introduces a number of features. These features include being able to easily adjust the audio level, bass level and microphone level and are fairly easy to use. The three inputs are clearly marked, and setting them up with the headset is as simple as plugging the attachment in. What’s more, the Thrustmaster Y-300’s are compatible with every major console including the Xbox One, PlayStation 4, Nintendo Switch and PC.

As for the sound quality, the headset boasts 50mm sound drivers that Thrustmaster says allows you to hear first, react first and kill first. While that may seem like an impressive feat, the reality is far less exciting as the Y-300’s are rather loud but don’t provide much of an advantage when it comes to actually playing the game. That’s not to say that the audio quality is bad, because it’s perfectly fine, but it’s not enough to stand out from its competition.

The place where the Thrustmaster Y-300’s do stand out amongst the crowd is in its Far Cry 5 inspired patriotic paint job. Featuring American Flags on either end, with crosses on the ear flaps and a Far Cry 5 banner emblazoned on the front, the Y-300’s have a wonderful in your face aesthetic. While they may seem tacky for some, if you’re a die-hard Far Cry fan, then these headphones are probably something that you’re going to want to consider, even for the sheer novelty.

As far as communication goes the Y-300’s boast a unidirectional mic, which means that it picks up sound from only one direction, and therefore is able to filter out background noise. This feature works rather well and my friends had no problem hearing me clearly, even while I was watching the hockey game on my TV at a moderate volume. The headset also utilizes noise cancelling technology, which combined with its overall loudness, does manage to create quite an immersive experience. Physically, the mic attachment pops in easily to the base of the headset and its rubber cover makes it rather flexible. This allows it to be customized to the person wearing the headset, no matter there head size or shape.

However, the biggest stumbling block for the headset is its unfortunate lack of comfort which very much damaged my overall enjoyment. The fact is that as much as I enjoyed the aesthetic of the Y-300’s, I didn’t want to wear them for long periods of time because they started to make my head hurt,  as the headphones are narrowly shaped and tended to dig into my head during lengthy play sessions. I thought that this was perhaps something that was an exclusive issue for me, so I had my brother and a couple co-workers try them out. Sure enough, they all reported the same issue and that’s an unfortunate detractor for a gaming headset.

The Thrustmaster Y-300 Far Cry 5 Edition is a serviceable introductory level headset that manages to deliver a satisfactory gaming experience. That being said, it’s high price point combined with its average sound quality and lack of comfort make it very much a mixed bag and a must buy only for the most devote Far Cry fans.

The Thrustmaster Y300CPX's is a solid introductory headset that is held back by a lack of comfort and average sound quality.