An AIO That Cools All But Frustration 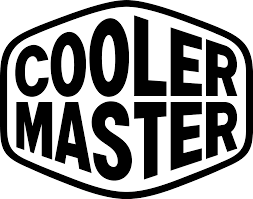 The Cooler Master MasterLiquid PL360 Flux is a solid addition to PC cases with equal size-to-performance value. Its triple fan system does everything to keep CPUs cool without letting up. Impressively, the PL360 Flux takes just about any workload users throw at it. This comes with satisfying silence users can expect from an optimal CPU solution. All the PL360 Flux’s perks unfortunately come after a surprisingly tedious setup. Cooler Master’s lacklustre software struggles to enhance the PL360 Flux’s usability long after installation.

The PL360 Flux was built in tip-top shape as part of the MasterLiquid Pro line. This gives users a low profile design that lets RGB do the talking. In my defence of the liquid AIO, it greatly respects space and aesthetics. It takes one install for users to see the differences at face value. Things stay cooler than ever while computer internals feel cleaner. Without an oversized CPU fan in the way, the motherboard can finally dazzle.

These first impressions of any liquid cooler were strong through the PL360 Flux. For an AIO system, Cooler Master saves trouble by pre-filling it. This makes the entry into liquid cooling a less daunting one for new users. Cooler Master keeps its word for an all-in-one cooler. Users will be happy to find the radiator, three fans and extra screws for assembly. Thankfully, it’s not hard to piece each component together and prep the MasterLiquid PL360 Flux.

I highly suggest users measure their PC cases to fit this behemoth on their roofs. My NZXT H7 Flow Mid-Tower only had a few centimetres of space on each end. The radiator is surprisingly slim, even with three 120mm fans screwed on. Cooler Master adequately keeps the fan low profile for easy motherboard access. After all, there isn’t a bulky copper block in the way anymore!

But the MasterLiquid PL360 Flux isn’t exactly an easy unit to install from an overwhelming amount of cables. It’s one thing to screw on three intake/outtake fans on a radiator. Extended screws make the first step very fingertip-friendly. But a situation starts by connecting two cables for each fan. Cooler Master tries to simplify things with a three-to-one adapter. Users might lose patience with an added set of addressable RGB cables that have to go in another three-to-one adapter. Setup feels as tedious as it sounds.

It takes patience to manage the PL360 Flux’s cables. Cooler Master doesn’t do new users any favours for what should have been a streamlined plug-and-use system. Here, it takes plenty of backtracking and even a seven-minute guide to keep things from going wrong. Sadly, I didn’t even factor in an optional RGB controller that adds to the cable management nightmare. Both Intel and AMD users will need a larger backdoor to accommodate for the PL360 Flux’s behind-the-scenes hodgepodge.

Arduous installation does reward users with satisfying reductions in CPU temps on idle and load. My 12th Gen i5-12600K sat at a comfortable 35 degrees C under 20% CPU usage. It took light Google Chrome work and Spotify to see a 40 degree C temp. The Cooler Master MasterLiquid PL360 Flux did wonders for keeping my CPU cool at 50-degree C temps on heavy gaming loads. In the face of Max settings, a full-power i5 and 3080Ti, Cooler Master’s MasterLiquid PL360 Flux never let up. I was thoroughly impressed by the familiar 50 C figure, which gave me more than enough headroom for overclocking. Thanks to efficient liquid circulation, gamers won’t have to worry about overheating.

The PL360 Flux uses a dual chamber pump that constantly refreshes the CPU. Cooler Master was right to include a strong pump to quickly force water in and out. It’s easily a step up from air coolers which depend on bulky radiators. With 100% CPU usage on all cores, Cooler Master knows how to use water to immediately cool things down. The Cooler Master MasterLiquid PL360 Flux takes advantage of its wide radiator to do much of this.

RGB customization comes as a premium feature that (mostly) works. New users will appreciate how elegant the PL360 Flux’s fans diffuse light to the rest of their PC parts. It’s a slightly better bonus for white PC cases, which will emanate more RGB than a Bee Gees tribute concert.

Cooler Master includes extra ports in its controller for other addressable Gen 2 RGB fans. It’s just one of the few ways the PL360 Flux is future proofed. The highly replaceable fans and lower temps prepare it for more demanding CPUs to come. I can’t forget about the PL360 Flux’s easy-to-access cap for filling new cooling liquid. Cooler Master makes a strong case for users looking to settle with an AIO that’s also incredibly easy to fix.

“New users will appreciate how elegant the PL360 Flux’s fans diffuse light to the rest of their PC parts.”

Cooler Master is out of its element with software. For some awful reason, the PL360 Flux’s hardware settings are nowhere to be found in this sad excuse of a driver. It easily pales in comparison to NZXT’s CAM software, which offers full control. My reservations are rooted for not being able to change the PL360 Flux’s fan speeds.

Users are put through the BIOs for speed tweaks, when other competitors like NZXT make it simple. An underwhelming MasterPlus lays out the figures for CPU temp and usage. But it fails to give users ways of optimizing their fans. Cooler Master’s software offers RGB controls that fall short of presets for all three 120 mm fans. This excludes individual LED settings for each one.

Users shouldn’t be paying past the $260 mark for a wonderful solution with poor quality-of-life features. Cooler Master’s PL360 Flux still manages to impress users with reliable cooling under immense PC stress. It’s reassuring to see a baseline of 50 degrees for the toughest loads a CPU can have. While quiet and efficient fans make the PL360 Flux a delight to admire with other PC internals.

A slim radiator and 120 mm fans already make the PL360 Flux worth upgrading over air coolers. But it takes the most forgiving PC builders to put up with a more tedious setup than usual. An abundance of cables can quickly add more problems with management and rooting out other boot problems. The PL360 Flux doesn’t reward users with much else after installation of an incredibly bare-bones software. But it barely makes the cut with easy-to-replace pieces for longevity and a significantly cooler performance that makes overclocking a breeze.