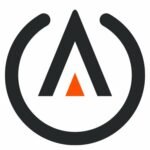 The MOGA XP7-X Plus Bluetooth Controller for Mobile & Cloud Gaming is Seattle-based peripheral manufacturer PowerA’s latest stab at making a controller built for mobile, xCloud and Windows 10+ gaming, and is a direct, evolutionary step-up from the MOGA XP5-X Plus mobile clip plus wireless controller combo we reviewed earlier this year.

Like its predecessor, the PowerA MOGA XP7-X Plus is an officially Microsoft-licensed, “Designed for Xbox” product, but this time around, PowerA has abandoned its popular phone clip for a more daring, horizontal split-controller solution similar to rival products such as the Razer Kishi V2, the Nacon RIG MG-X Pro and others. Unsurprisingly, it also aims to incorporate all the best elements of the XP5-X.

Included in the box along with the MOGA XP7-X Pro is a detachable, aluminum metal kickstand, a 2-metre Micro USB to USB-A cable, a 30cm Micro USB to USB C/Micro USB adapter cable, and a full-colour User Manual that clearly identifies all the components of the device and explains how to use them.

Up front, it should be clarified that the PowerA MOGA XP7-X Plus is primarily a Bluetooth Mobile controller. This means that in its default use-case it connects to the user’s smartphone via Bluetooth wireless protocol, regardless of whether the phone is physically attached to the grips in “handheld mode” or propped up via the kickstand in “kickstand mode”.

While it has a built-in 2000 mAh Power Bank that can be used to wirelessly charge compatible phones, it would be a stretch to claim that the device features “pass-through charging” like the Razer Kishi V2 does, as there’s no physical connector on the grips to directly plug one’s phone into.

The PowerA MOGA XP7-X Plus Bluetooth controller also allows for a direct, wired connection in kickstand mode to devices like smartphones or tablets via the 30 cm adapter cable mentioned earlier, but the included cable is ridiculously short to be practical for such purposes. Gamers that want to play this way are advised to seek out a longer replacement cable with the necessary connectors for both the MOGA XP7-X Plus and the smartphone or tablet they wish to connect to.

“When collapsed, the MOGA XP7-X Plus is roughly a full inch shorter across than my RIG MG-X Pro…”

One aspect of the PowerA MOGA XP7-X Plus that I immediately came to appreciate was its smaller footprint (despite PowerA’s insistence on sticking with a full-sized, Xbox controller form factor). When collapsed, the MOGA XP7-X Plus is roughly a full inch shorter across than my RIG MG-X Pro, despite technically being able to accommodate larger smartphone screens up to 7.13 inches when fully extended, making it that much easier to stow in the average backpack.

Perplexingly though, getting my 6.8” LG Velvet into the device was an extremely tight squeeze. This was not because the phone was too big, but rather that the design of clamps and excessive tension of the grips make it difficult to keep the device pulled far enough apart to insert the phone (unless you happen to have three hands).

A small trade-off for the MOGA XP7-X Plus’ more compact size is a thicker, heavier body combined with shallower grips. Whether the kickstand or one’s smartphone stowed in its body, the device has a weighty feel, and the poorly-pronounced grips with their all-but-superficial anti-slip areas on their lower backs provide users with little in the way of overall stability. On the bright side, the finely textured, concave analog sticks are unlikely to see any thumb slippage on their watch.

“…the metal kickstand included with the PowerA Moga XP7-X Plus is more adjustable and sturdier than most options out there.”

Ok, so on to the good stuff, which are the options. For starters, being able to use the PowerA MOGA XP7-X Plus Bluetooth controller with one’s smartphone in kickstand mode gives players the freedom to sit as close or far from the mobile screen as they like and hold the controller at any angle they desire without having to worry about glare or poor viewing angles. Yes, there are plenty of smartphone cases that come with their own built-in kickstands, but the metal kickstand included with the PowerA Moga XP7-X Plus is more adjustable and sturdier than most options out there.

Then there’s the multitude of buttons which have made their way over from the XP5. On the top left and right of the controller for example are the Power Bank Switch and Bluetooth Pairing button, respectively. Naturally, the former determines whether the Power Bank will wirelessly charge a compatible phone housed in the grip or not, while the latter button is used to sync the MOGA XP7-X with one’s desired smartphone or tablet.

On the bottom left and right of the controller near the base of the grips are the USB/BT Mode Switch and the Program Button. Players who wish to connect the controller to their phone via a wired connection can flip the switch towards USB. This disables the controller’s Bluetooth functions and effectively turns the device into a wired Direct Input/XInput-compatible controller for Android and Windows 10 devices.

Also making its return from the XP5 is the Battery Indicator Button and four accompanying LEDs representing 25, 50, 75 and 100 percent. Now found on the face of the controller on the top left, the button can be pressed at any time to check the current battery level of the Power Bank. As one might surmise, when all four LEDs are solidly lit, it means that the Power Bank is fully charged.

The real game changers, however, are the PowerA MOGA XP7-X Plus’s programmable Advanced Gaming Buttons. The aforementioned “Program Button,” a large, green and impossible to miss button on the bottom right of the controller, allows users to remap an additional pair of buttons found at the base of the left and right grips, dubbed AGR and AGL). Without the need for a map or an on-screen menu, players can duplicate the function of any action button, analog stick button or D-pad direction on the controller to either AGR or AGL, where the action is retained in the controller’s internal memory.

Normally found only on premium or pro standalone controllers like the Xbox Elite Wireless Series or the Nacon RIG Revolution X, programmable buttons such as these are indispensable tools for gamers that want to be able to perform basic actions without having to take their thumbs or index fingers off of the sticks or triggers, such as jumping and sliding while firing or reloading in FPS shooters.

In fact, it’s in large part thanks to the ability to assign the crouch and jump buttons to AGR and AGL that I was actually able to play several lengthy sessions of Halo Infinite Multiplayer via xCloud and actually remain competitive, and in my humble opinion every mobile controller going forward should at least have one pair of these, period.

It goes without saying that Xbox Game Pass cloud gaming on the MOGA XP7-X Plus feels quite normal over a fast and stable 5GHz connection, which in itself is quite accomplishment. My xCloud whipping boy, Forza Horizon 5 still remains hot, undriveable garbage as far as response times are concerned, even in USB Mode, but several other games, including Halo Infinite, Dying Light 2: Stay Human, Yakuza 5 and others played almost as well as if I were playing them directly on my Xbox Series X, with very few artifacts or hiccups. No news is good news, as they say.

This doesn’t mean that the PowerA MOGA XP7-X Plus is the perfect mobile controller; far from it. Ergonomically speaking, the AGR and AGL buttons are far too low on the grips for my middle fingers to comfortably reach, forcing me to use my ring fingers to operate them instead while they also pull double-duty with my pinky fingers to firmly grip the handles. The buttons need to be moved up by at least half-an-inch to remedy this.

Secondly, the Power Bank functionality leaves much to be desired. Even if the controller is directly plugged into the wall via a plug adapter it won’t charge fast enough to replenish the Power Bank while also wirelessly charging your smartphone.

The end result is that even when plugged in it feels like you’re playing on borrowed time, as both the Power Bank and your phone battery are gradually being drained simultaneously. I’d advise users to instead keep the Power Bank switched off most of the time and only use it to top up your smartphone’s battery when needed.

On an oddly related note, it only takes a light press of the Xbox Button to power on the device, which can result in the controller being turned on accidentally in your bag or backpack and the Power Bank slowly draining as it connects or attempts to connect to your smartphone. Sliding the USB/BT switch to USB Mode when the controller is not in use is only way to reliably disable the Xbox button and allow the Power Bank to conserve its full charge for longer.

Ultimately, I feel like the MOGA XP7-X Plus is the closest I’ve seen a mobile controller of its type shoot for the stars but wind up being held back by so many puzzling limitations and decisions. Why no wired passthrough charging? Why is the battery so weak and so easily drained? Why are the AGR and AGL buttons so poorly positioned, and the grips so shallow and slippery? And why is it such a chore to get the phone in and out of the device?

It’s unfortunate to see so many promising features only half-realized in what should have been a very exciting product, but I’m confident that the folks at PowerA will take these criticisms back to the drawing board and wow us with their next iteration. So, so close!

PowerA’s second iteration of its xCloud-focused controller inches closer to mobile perfection but is held back by a number of baffling ergonomic design decisions and power management flaws that users will have to work around.
REVIEW SCORE
7.5
Buy Online
File Under: Mobile Gaming, PowerA