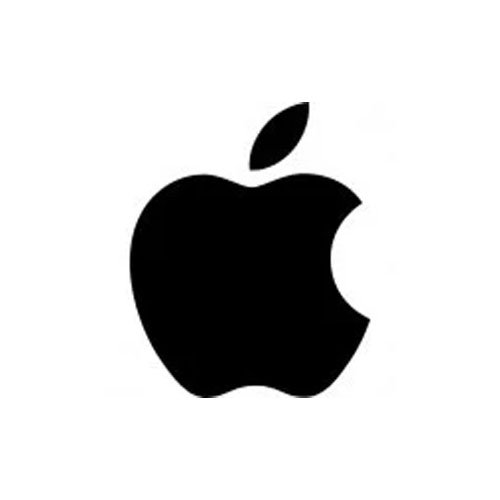 Since the original iPad’s introduction twelve years ago, there’s been a lot of discussion on whether tablets could replace laptops altogether. For the most part I’ve argued that they’ve served their own niche, an alternative suited for those who don’t need all the features of a laptop, but the 5th Generation of the iPad Air has begun to change my opinion.

As much as I loved the standard iPad (9th Generation) last fall, and while I still contend that it’s an excellent value for lighter users, the iPad Air has become the star of Apple’s lineup. The power of the iPad Pro has become accessible to more average users with the new iPad Air, without the bulky size and price tag of the Pro.

From a design standpoint, the 5th generation iPad Air splits the line between the current powerhouse Pro and budget standard models. It has a 10.9” screen, slightly bigger than the 10.2” standard, but that slight difference goes a long way. The tablet has a satisfying display ratio that feels best in landscape mode, and towers in portrait mode. With an aluminum finish, it feels light and easy to hold for extended use. It’s all about as thick as a Blu-ray or Nintendo Switch game case, slightly more so when in the keyboard folio.

Speaker ports run along the iPad Air’s edges, and I was surprised by their potency even at the lowest volume. There’s also one top and two volume buttons, both located near the “top-right” corner. The fingerprint sensor is built into the top and is a fairly reliable way of unlocking the screen or approving purchases.

Internally, the iPad Air runs the same M1 chip as the latest Pro, with next-gen Neural Engine and 64-bit desktop-class architecture. 8 GB of RAM, an 8-core CPU, and an 8-core GPU round out its powerful processing capabilities. Side by side, the Air is practically a match for the Pro, and a class above the standard iPad. It sounds impressive on paper, and it lives up to it in practice.

The Pro retains the edge when it comes to its camera suite. However, the Air is no slouch. Both cameras are 12 MP; the front (FaceTime) camera is ultra-wide, and the outward-facing camera just wide, but both have capable apertures and zoom options. The video recording options steal the show, as does the Center Stage feature for FaceTime. While an additional lens would be nice, it also feels like overkill for a tablet, which is traditionally a little unwieldy for extended recording.

Apple rates the iPad Air for 10 hours of surfing or streaming on Wi-Fi, and the device lives up to that. This is one area where I always think i-devices could improve. Yet considering the power of this particular tablet, that life expectancy is pretty solid.

All in all, the 5th generation iPad Air holds a pretty strong candle against the iPad Pro. You get all the power without its most gratuitous bells and whistles, all starting $650 cheaper. If you’re looking for laptop-level power, this tablet has it in spades.

“Apple rates the iPad Air for 10 hours of surfing or streaming on Wi-Fi, and the device lives up to that.”

So, what can you do with all that power? Rather, look at the ever-shortening list of things that aren’t possible.

On the gaming side, I put the 5th-gen iPad Air through its paces with a smattering of different games. Genshin Impact feels made for the device—as a beefy adventure by mobile standards that underwhelmed me on consoles, it’s perfect for iOS users looking for a heftier experience.

Final Fantasy VII: The First Soldier was also much improved compared to the iPhone version; there were some instances of draw-in during the drop phase, but after that Square Enix’s battle royale benefitted from the iPad Air’s potent processing.

My trial with PlayStation’s Remote Play app was a great success, allowing me to stream Elden Ring with virtually no lag, and with no loss of graphical fidelity. With this method, it’s even possible to play Fortnite, another title that seems like a perfect fit. The only downside to this method is on Sony’s end, where simulating the touchpad requires double tapping at the top of the screen. If you’re an Xbox person, you can enjoy the same benefits with Microsoft’s in-app remote play.

(Granted, all the experiences above were aided greatly by the use of a full-fledged controller. More on that below.)

Lately, the main diversion on my smartphone when I have a few minutes to kill has been Magic Arena, the latest digital iteration of Magic: The Gathering. It’s even better on a tablet than on a smartphone, especially with the scale of the iPad Air’s screen. This aspect ratio worked well for Pokémon Trading Card Game Live as well, which uses the portrait orientation. Card games like these excel in this space, keeping the playing field concise without making it difficult to read the cards themselves.

In short, the 5th-generation iPad Air offers the best environment I’ve encountered for mobile games to thrive. Years of iOS releases and some recent blockbusters make this hardware an incredibly robust alternative to console gaming—including using the tablet as an alternate display for your next-gen console.

App developers are already putting the power of the new iPad Air to task with new features that rely upon the M1 chip. I was invited to see demonstrations of some new apps and functions within popular, existing apps that will draw upon the chip’s power. On background, I can confirm that creators of all stripes will have their horizons broadened with these tools.

The latest iOS updates round out the package with some neat shortcuts and features. Apple’s operating system grows ever more comprehensive, and the latest tools presented by iOS 15 really allow users to access the iPad Air’s full potential—even if it’s just context-specific shortcuts and commands, or Live Text capabilities.

Of course, any tablet isn’t quite complete without a couple of accessories, and the iPad Air is no exception. For the purposes of this review, I was able to use the new 2nd generation Apple Pencil, as well as the latest Smart Folio and Magic Keyboard cases.

The Magic Keyboard is one of the nicest cases I’ve tried for any smartphone or tablet. It expands the iPad Air to about the size of a standard notebook when closed, maintaining its portability. When opened, it can be intuitively positioned to slant the screen toward you at an optimal angle. The keys have a subtle backlight, and a small trackpad sits below them, all on the same surface without making typing a carpal tunnel-inducing nightmare. The cherry on top is the USB-C port built into the hinge, allowing you to charge the iPad without using its own port.

The Smart Folio is a simple add-on for the iPad Air, enough to protect the device’s screen and back—which is more than I can say of the folio I recently tested on the standard iPad. There’s not much to say of it, except that it’s a reliable support, though the stand did collapse a little more often than I’d like.

In reality, it would be amazing if we could somehow combine these two products. The Smart Folio is unobtrusive when using the iPad Air for hands-on tasks, while the Magic Keyboard is best when you want to do something hands-off like gaming with a controller or typing anything longer than a tweet or short email.

The Apple Pencil is an impressive tool which anyone should consider if they would use the iPad Air for any kind of graphical design. If you scribble diagrams for your Dungeons & Dragons games or for work presentations, or if you’re an illustrator, this stylus will come in handy. (However, if you can figure out how to write comfortably without smearing your palm over the screen, let me know.) When not in use, it clips neatly to the side of the tablet and recharges magnetically.

Lastly, if you’re going to be playing games with controller support, some kind of proper gamepad is practically required. Fortunately, you might already have a wealth of compatible options around your home for your consoles. The SteelSeries Nimbus+ remains an excellent choice as well. Touchpad controllers just aren’t up to snuff when it comes to playing your PS5 remotely, or even the likes of Genshin Impact.

At the end of the day, should you buy the new iPad Air? I would vouch for it for any user who has high performance demands. If you’re looking for a tablet for social applications or casual entertainment, the 9th generation iPad is an excellent choice. But if you want to truly unlock your creative potential, or maybe replace an outdated laptop without losing that level of functionality, this may be the device for you.

With a couple of add-ons and the right software, catered to each user’s specific needs, it’s the ultimate Swiss Army knife for creators on the go, especially in today’s climate of remote or hybrid working models. I’ve never felt so unfettered when using any manner of portable computer—laptop, smartphone, or tablet alike.

The new iPad Air gives me the same vibe as my gaming PC and PS5—like the next generation of hardware is truly here, and infrastructural concerns like internet speed are now our biggest limitations. The hardware can do just about anything we want it to do—once the software and infrastructure catch up to it.

The 5th generation iPad Air truly fulfills the potential of tablet devices, thanks to its mighty M1 chip. All the power of the iPad Pro or a comparable laptop is now in users’ hands, at a relatively accessible price.
REVIEW SCORE
10
Buy On Amazon
File Under: Apple, iPad, Tablet